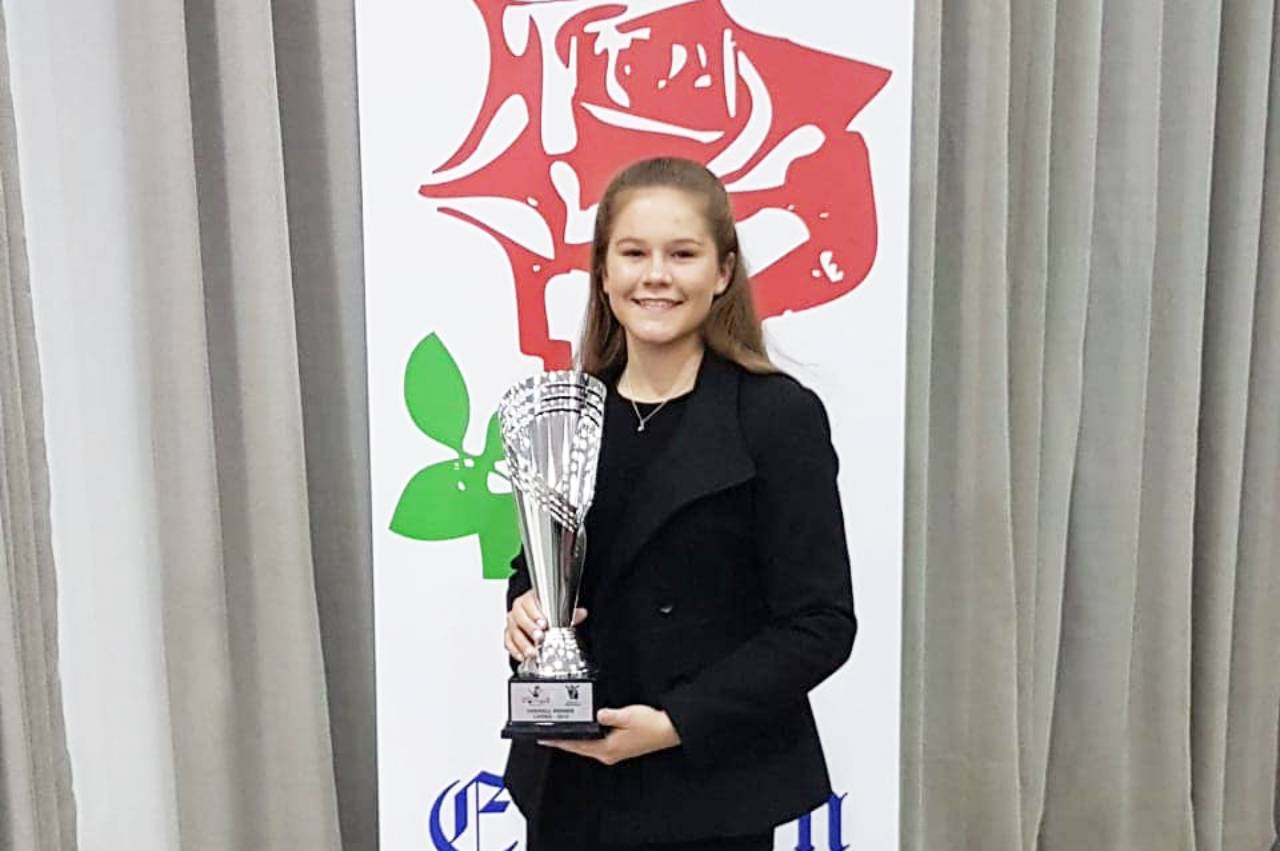 Born in Springs, Gauteng on the 30th of January 2004, Madison Landsman was always a very outgoing, energetic, spontaneous and happy go lucky child. The daughter of proud parents Glen and Pamela and older sister to Tatum, Madison has always showed signs of leadership and recently, she received her cricket capping for the Eastern Gauteng Ladies Cricket team as the youngest player currently to make the squad.

As a young child, Landsman showed signs of unrivalled self determination to always excel at everything that she did, be it schoolwork or sport. She was and is very competitive and that has always put her in good stead. But having said that, she has always been extremely humble about any of her achievements and always gracious in defeat. Probably one of her most outstanding qualities is that she has always been someone that has wanted to be a team player and has always stood up for the underdogs and always willing to give a helping hand to anyone that needed it. From a young child in nursery school to today she has always stood up against any bully that even attempted to bully any child that she is around, friend or not.

As far as her sporting career goes, she has been extremely successful, and it has always come down to her own will power, self-belief and drive to achieve goals and be the best. Even as a toddler she was always playing any kind of ball sport you can think of with her father in the back yard or in the swimming pool, and anything that she could not do she would watch, learn and listen to her father’s advice and then practice until she was able to do it.

From Grade 1 in 2011 she made the Netball U/8 A and swimming teams. As the years progressed so did, she, and she continued to make the A teams in both netball and swimming to the end of Grade 7 where she also captained the netball side. During this time while she played various sports, her dad noticed that she had a particularly good throwing arm and an unbelievable eye for the ball, and this was the start of her cricket career.

At that stage during 2015 there was no girls cricket team at her primary school, Selcourt Primary School, and there were no girls playing in the boys’ teams either. The coach of the boys side happened to be a personal friend of her father’s and one day while visiting at their home, she was playing cricket in the backyard with her dad and sister, he noticed how Madison could play the game and invited her to come and try out for the boys cricket team. She went for the trials and was immediately chosen for the U/11 Boys Cricket Team and since then she has never looked back since.

“As her parents we are in awe of the mental and physical strength of our little girl and have loved watching how the attitude of the boys and some of the parents changed from doubting Madison’s abilities to play this male-dominated sport to absolutely loving and accepting her as a cricket player,” said Mr Landsman.

They say that suddenly complete strangers and teachers from the school that they had not had personal dealings within the past would come up to them and speak extremely fondly of their daughter.

At the beginning of 2019 at the age of just 14, Madison was selected to represent Eastern Gauteng Ladies Provincial Cricket Team. She went on tour to play against Free State Ladies which was unfortunately rained out but later toured Pietermaritzburg to play against Kwa-Zulu Natal Inlands where she made her debut at the age of 15 and was the youngest player in the team. She was chosen to captain the Samurai Ladies Cricket Team at the Battle of the Roses T20 Franchise Tournament held in Benoni where she was very fortunate and overwhelmed with excitement to play alongside and captain Tumi Sekhukhune who is a current Proteas Women player.

She Continues to Stay on Top of Her Game, Even Academically

Her team went on to win the tournament, unbeaten. Madison moved schools to Benoni High School at the beginning of 2019 and she was chosen as the Girls First team captain and to date this season, has smashed two half centuries and two centuries, the first century of which was an unbelievable century consisting of 185 runs off just 64 balls. Here again because of Madison’s success she changed the face of cricket at her school, suddenly everyone is buzzing about girls’ cricket

One of the highlights of this year for Madison was being nominated as the Emerging Athlete of the Year for the Momentum gsport4girls Awards ceremony, unfortunately she did not make the set of finalists but she was invited to attend the Awards evening with her Dad and they both thoroughly enjoyed an unbelievable evening.

She has an unbelievable love for the game of cricket and enjoys every minute of playing or practicing. Nothing is forced on her she just “is” cricket, in fact as her parents we laugh and say it is sometimes a battle to get her to not eat, sleep and breathe cricket. Her sole goal is to become a Proteas Women and represent South Africa. Madison wants to change the face of cricket and draw the crowds and entertain them like the men currently do and show that women are just as good as the men. As her parents we are also extremely proud that despite all this that is going on, Madison has managed to maintain a balance in her life and remained in the top ten academically throughout her Primary School and the top 50 academically in High School.

Photo 2 Caption: Pictured with her father, Glen Landsman, Madison attended the 2019 Momentum gsport Awards ceremony after previously been one of the nominees in the Emerging Athlete category. Photo: Glen Landsman