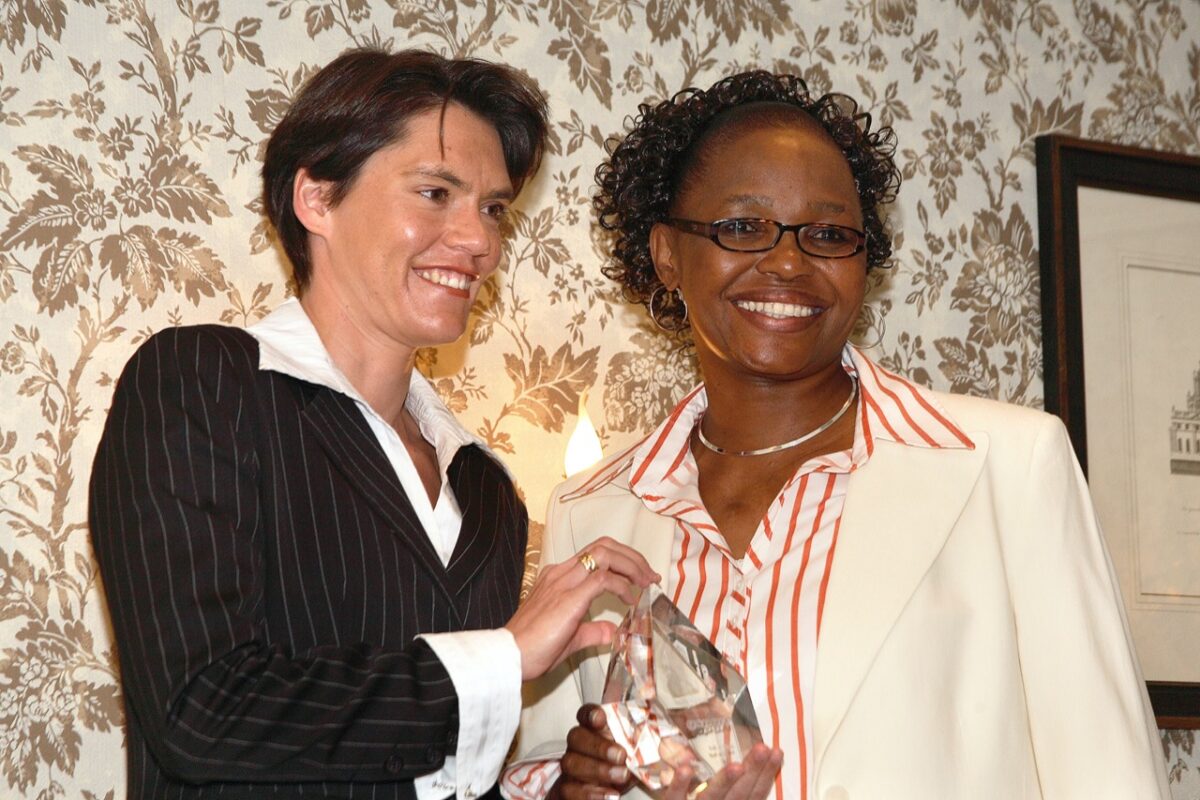 Thirteen years after being inducted into the gsport Hall of Fame, eighties netball phenomenon, Hazel Gumede, has been appointed mentor to the Momentum gsport Awards campaign, which kicked off with the opening of nominations on 10 June.

Currently with the Oprah Winfrey Leadership Academy as a sports co-ordinator, Gumede is deeply passionate about giving back as she inspires and guides the next generation of sport stars.

Speaking of her appointment as awards mentor, Gumede says: “It is an honour to be appointed the Momentum gsport awards mentor. Mentoring is my passion as I do it in Netball and at school.”

As a member of the gsport Trust since 2015, Gumede brings a calming and reassuring voice, as gsport looks to empower its online community to forge ahead, especially in Covid-19 times.

Founder of gsport, Kass Naidoo, says: “Hazel will provide far ranging advice, from inputting on choosing the Hall of Fame candidate, to encouraging unity within the women’s sport community and sharing her wisdom with the youth.”

Gumede’s message to the youth: “You are the chosen generation. Boldly own your success. The time is now.”

In her young days, Gumede was a netball phenomenal player but she had to endure many challenges. Ultimately, her talent shone and she earned the nickname. “Special”.

In celebration of her appointment, we take you back to an interview we did with Gumede in 2007, when gsport travelled to her home in Soweto to tell her story after she was chosen as the 2007 gsport Hall of Famer.