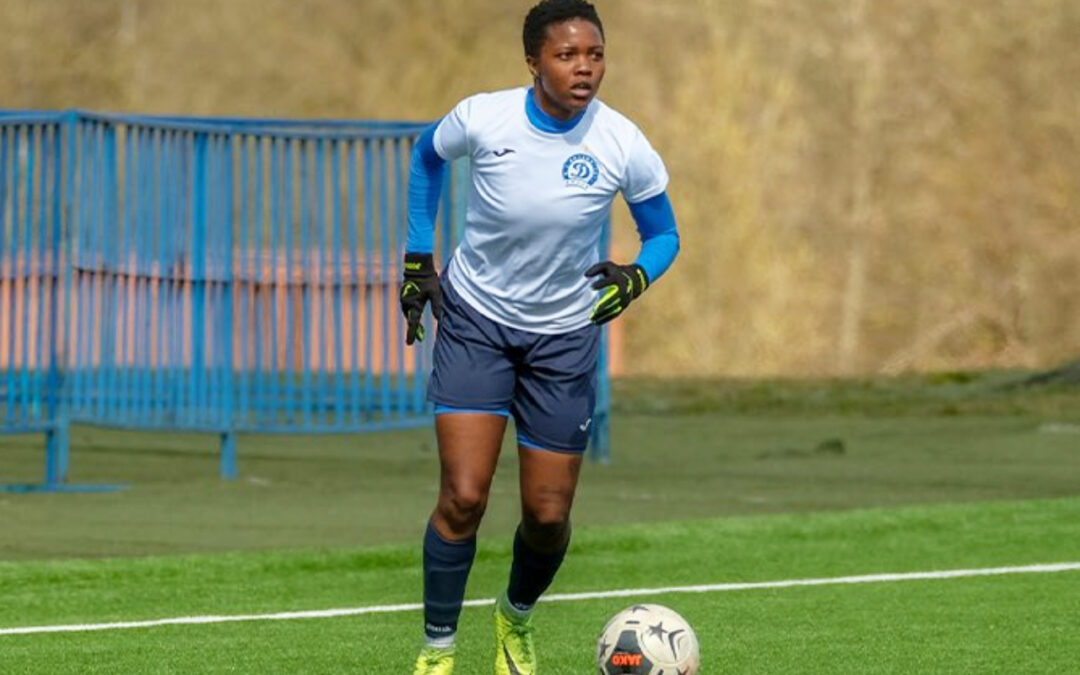 Mbane, who hails from Sterkspruit in the Eastern Cape, increased her tally to four goals in six matches as her unbeaten club secured a 7-0 victory over Bobruichanka.

The defender’s 76th-minute strike came after a set-up from teammate, Kristina Tikhovodova, which she blasted home for the team’s sixth goal.

Mbane arrived in Belarus and impressed immediately, opening her scoring account with a superb hat-trick against Bostov after just three games for the Belarusian Women’s Football Championship league leaders. She has remained on a high ever since.

Dinamo will look to extend their lead at the top when they visit second-placed Neman in the next league encounter on Friday, 19 June.

Photo 1 Caption: South African international footballer, Bambanani Mbane, continued with her fine form as she entered her name onto the scoresheet for Dinamo-BSUPC on Saturday, 13 June 2020. Photo: Dinamo Minsk