Mbali Zantsi is South Africa’s first female boxing promoter, having gained her promoter’s licence back in 2003, and as we celebrate Women’s Day, Zantsi is about to fulfill her four-year dream of hosting South Africa’s first-ever all-female boxing tournament.
The highly-anticipated event takes place at the International Convention Centre on Friday 10 August, and Umemulo (meaning ‘Coming of Age’) will see four South African female boxers, Noni Thenge, Unathi Myekeni, Sendra Almeida and Dorothy Cloete, clash with opponents from Brazil.
Speaking to gsport, Zantsi, who is staging the fight extravaganza with fellow female boxing promoter, Kenosi Mlabateki, said: “This was an initiative by the women in Parliament (the portfolio committee) with SABC and Boxing South Africa, to say what are we doing to commemorate and to acknowledge the women who have been at the forefront of the struggle in our country, to make South Africa what it is today, so we can have your Deputy President as female, and we can have the Mbali Zantsi’s as promoters.
“We decided there is no other sport than boxing, because we are talking contact sports. We are talking the sport where you would need lots of guts and courage, because it is blood sport.
“We thought this would be the way to commemorate such females, because like the boxers in the ring, they never gave up, they have fought up to the last days to win.
“We took it further to say, let it be a women’s thing. Let us do it for ourselves by ourselves. That is why we are having female referees, female judges, we are having female time keepers. We are trying to say we can do it also, we can do it better!”
Zantsi said she is delighted that the event has the backing of the Minister of Sport, Reverend Makhenkesi Stofile, and KZN Sports MEC, Armichand Rajbansi, especially since its her first staging of an international fight.
“I’m over the moon, it being Women’s Month, and me being at the forefront of the females trying to pave the way for other female promoters. I have been trying to get this started since 2003, because it was a non-starter, because our females were not recognised enough.”
If you are interested in attending this special night of female boxing, tables of 10 are selling at R10 000. Normal seating is R50 per person. Contact Mbali Zantsi for more information on 072 578 1500.
Categories
Contact Sport
Tags
Armichand Rajbansi Boxing South Africa Brazil Coming of Age Dorothy Cloete Durban first female boxing promoter gsport International Convention Centre Kenosi Mlabateki KZN Sports MEC Mbali Zantsi Noni Thenge parliament portfolio committee Reverend Makhenkesi Stofile SABC Sendra Almeida South Africa Umemulo Unathi Myekeni Women's Day 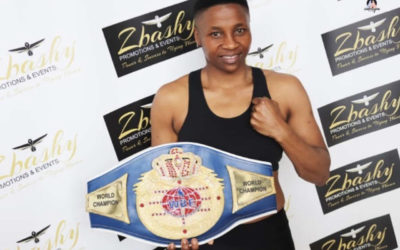 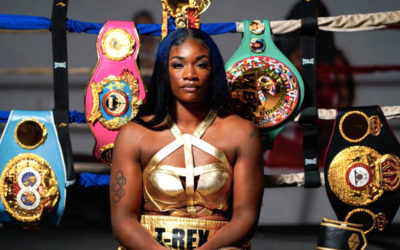 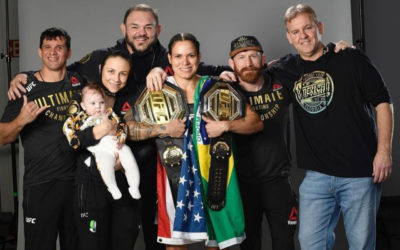 World number-one Pound-for-Pound Mixed Martial Artist Amanda Nunes is determined to hold on to her Ultimate Fighting Championship’s Featherweight top ranking after defending her title against...