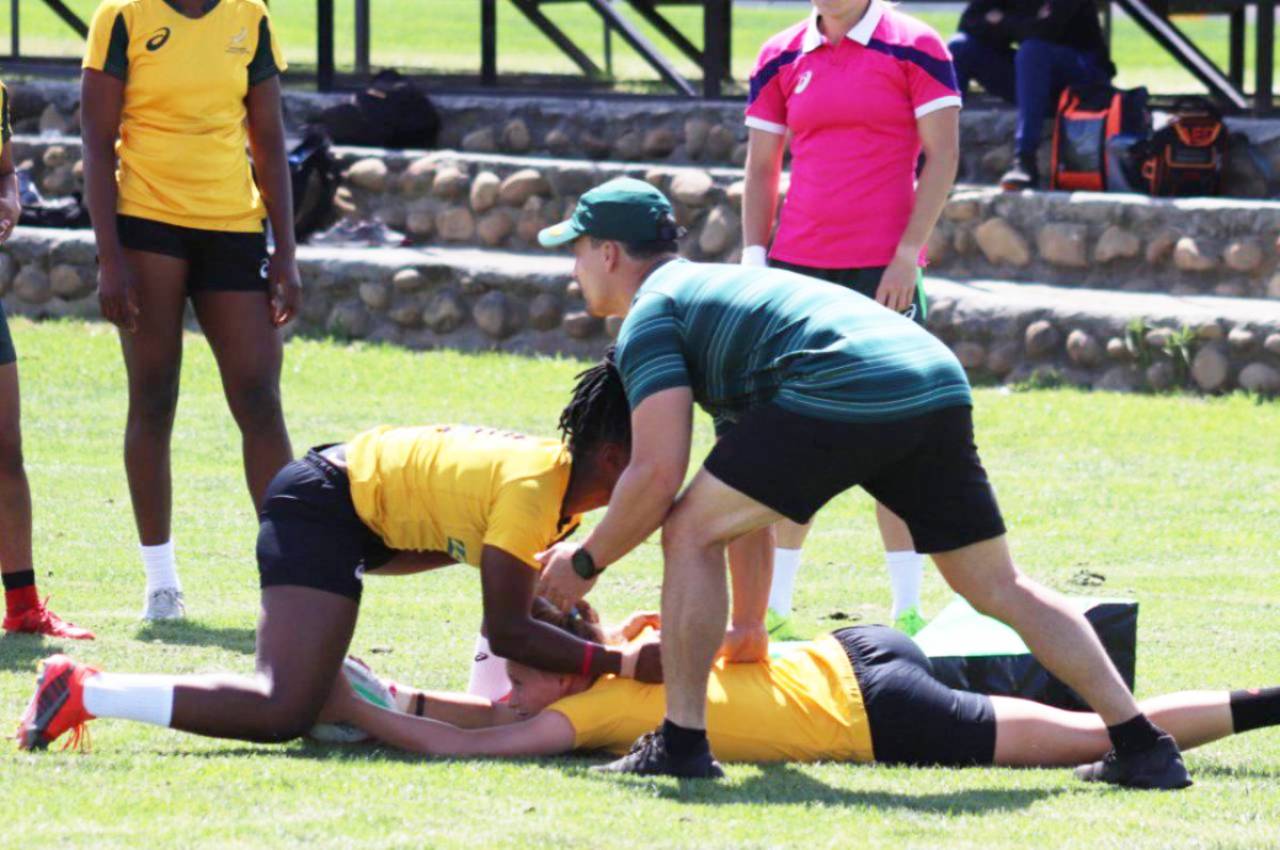 Imbokodo Excited to Return to the Playing Field

The Springbok Women’s Sevens team will revel in the opportunity to take the field again after their historic first appearance at the HSBC Cape Town Sevens in December last year.

They travel to the coastal resort of Hermanus for the Hermanus Sevens on Saturday, 22 February 2020, and although it is a far cry from the sell-out event at Cape Town Stadium, the distances between the try-lines of that iconic venue and the Hermanus High School field are exactly the same.

That was the message from Imbokodo coach, Paul Delport, as the team streamline their preparations for the HSBC World Rugby Sevens Challenger Series for women heading to the Danie Craven Stadium in Stellenbosch at the end of next month.

“Whether you play in front of a 100 people or 10 000, the principles of the game are the same. We still need to go out there and implement and play to the best of our ability,” Delport explained.

“All our focus will be on that task at hand and how to be in the best position to qualify as a core team for the World Series next month in Stellenbosch.

“It is great to use this opportunity to get some matches under the belt.” – Imbokodo coach, Paul Delport.

“To get to that position though, game time is paramount, and we are grateful to again travel to Hermanus to play. We also played in the inaugural tournament last year and found it well organised and supported. It is great to use this opportunity to get some matches under the belt.

“We have been working hard on the training field and I am pleased with the effort shown by the Imbokodo, but those drills need to be put under pressure in match situations as well. That is what we are hoping to get out of our matches tomorrow.”

Zimbabwe will add international flavour to the Hermanus event, with provincial and club teams also playing.

The Imbokodo will face Titans and Boland Rebels in their pool before the knock-out stages commence.

“We will be playing five matches and that is ideal for us. I will rotate the players, and all will get proper game time and we fine-tune towards next month,” said Delport.

Locals will be able to see the much-anticipated appearance of former track star, Alyssa Conley. The Rio Olympian was ruled out of the Cape Town event due to injury but has recovered and been training with the squad in Stellenbosch.

Catha Jacobs, who picked up an ankle injury in Cape Town, is in her final stages of rehabilitation and will not be in action.

Photo 1 Caption: Imbokodo captain, Zintle Mpupha, will be looking to guide her teammates as they head to Hermanus for the Hermanus Sevens against Boland Rebels and Titans on Saturday, 22 February 2020. Photo: @WomenBoks (Twitter)