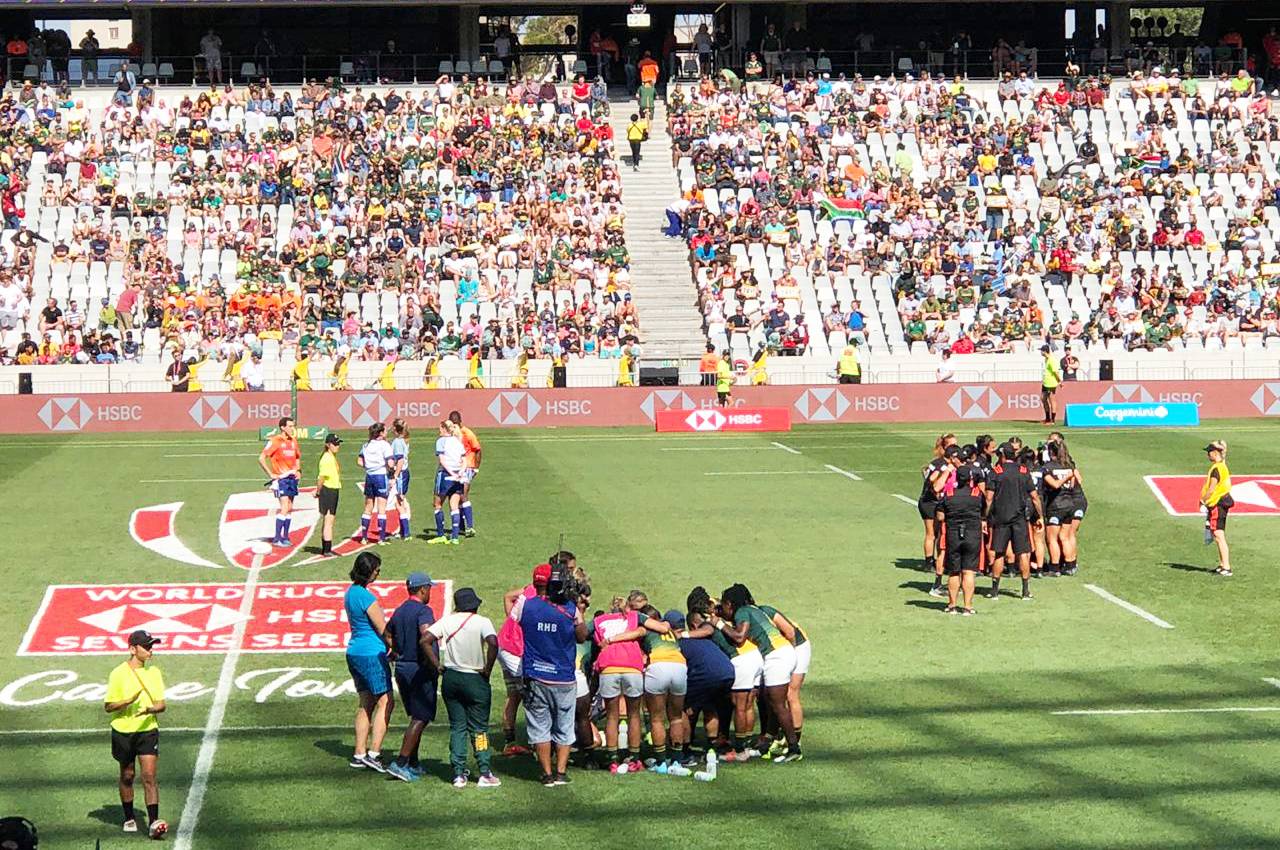 Imbokodo to Gain from Defeat Against Black Ferns

Despite a 40-0 defeat at the hands of New Zealand, Springbok Women’s Sevens coach Paul Delport was in an upbeat mood after their opening Pool A encounter at the HSBC Cape Town Sevens on Friday, 13 December 2019.

The South Africans, playing in their very first HSBC World Rugby Sevens Series event at home, were outplayed at the breakdown against New Zealand, but Delport said that was part of the learning curve for the Imbokodo.

“We had a wake-up call at the breakdown, where New Zealand showed why they are the leading team in the world,” said Delport.

“We lacked their urgency in that department, but that is something we can work on and will improve upon as they tournament progresses.

“I am not blaming them for not being able to live with the intensity with which New Zealand played – we are not used to that level – so there were some good lessons learned in that regard.”

“The fact that we had their defence stretched at times is pleasing.” – Springbok Women’s Sevens head coach, Paul Delport on playing against New Zealand in the HSBC Cape Town Sevens tournament.

Delport said his team did many good things in the match: “You must make good decisions very quickly against a world-class team like that.

“We could be better in executing the plan we had, but we created opportunities and that was heart-warming for me. The fact that we had their defence stretched at times is pleasing,” he added.

The Imbokodo face Russia in their first match on Saturday morning (10h13) before they play Fiji (16h03) in their last pool match.

“We will watch their match tonight and work out a plan for both of them,” Delport said.

The Imbokodo have played Russia seven times before and is yet to beat them, with the average score 29-6 in the Russians’ favour.

South Africa and Fiji have met four times in the World Series. Fiji won two of those, South Africa one and one match ended in a draw. The average score between the two teams is 24-16 to Fiji.