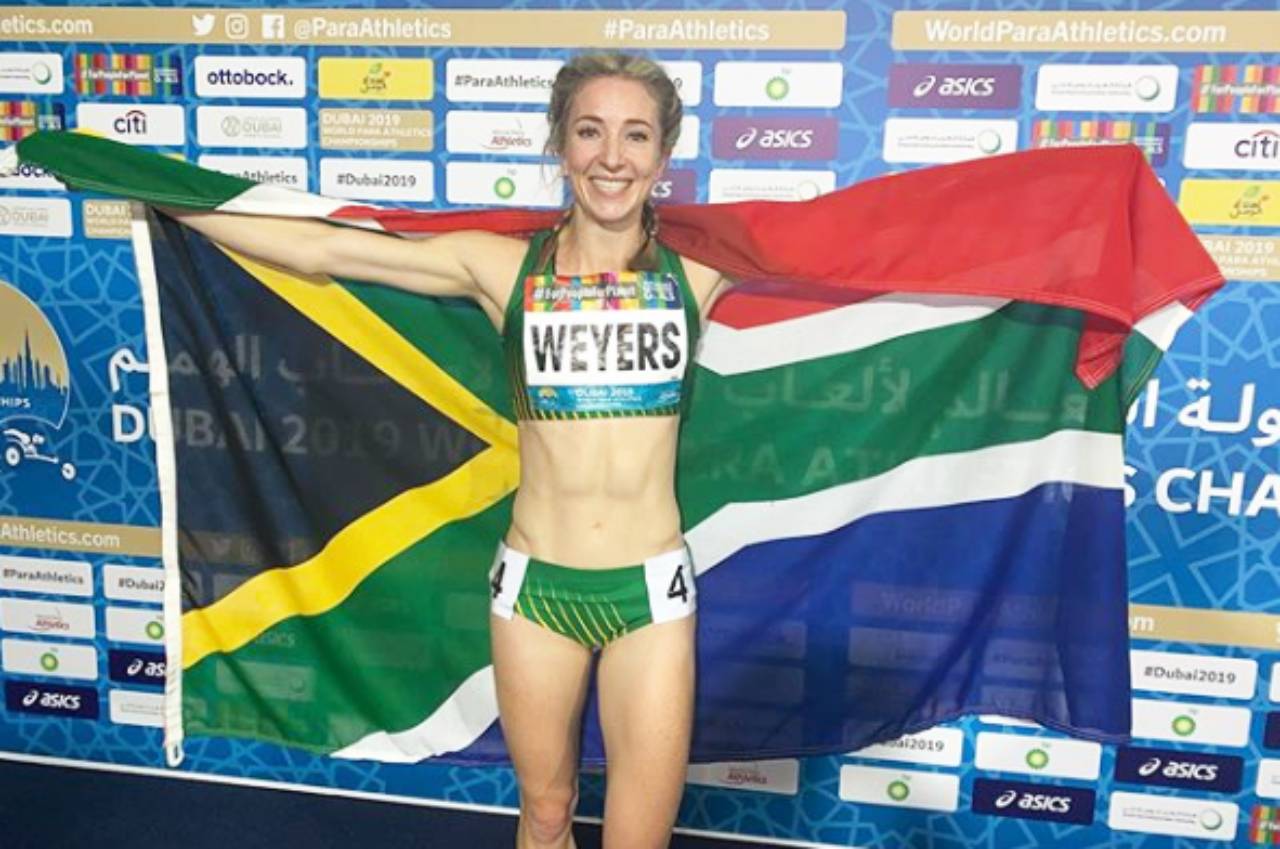 Weyers is a 27-year-old para-athlete who grew up in Kempton Park, but now resides in Stellenbosch where she is trained by Paralympic coach Suzanne Ferreira. Weyers was born with a congenital defect in her left arm and took up athletics at 11-years-old before making her international debut for South Africa in New Zealand in 2011. As this decade draws to a close, 2019 has been one of the most remarkable years for her thus far.

After sustaining a calf and back injury in 2018, Weyers returned to the international stage this year when she set a world record in the T47 400m in Belgium at the Flanders Cup. She later went on to compete in the World Para Athletics Grand Prix in Paris. In May she was announced as one of eight nominees for the Regional Annual Sports Awards, where she won the Sports Woman with a Disability Award in Namibia.

Weyers most recently competed in the World Para Athletics Championships, where she was one of ten South Africans to qualify for the 2020 Paralympics in Tokyo so far. She led the charge, taking home gold in the 400m, silver in the 200m and bronze in the 100m. She achieved the first South African gold medal in a championship-record time of 55.79 seconds, claiming her second world title after she won the event in Dubai in 2015. After breaking the championship record for the first time in 17 years, she was awarded the Sportswoman of the Year with a Disability at the SA Sports Awards later that evening.

Weyers does not only give back to her country through sport; when she is not running she is a teacher at the I-Learn Developmental Centre in Durbanville, which is a school for children with special needs, proving that she is deserving of all the prestigious awards in 2019.