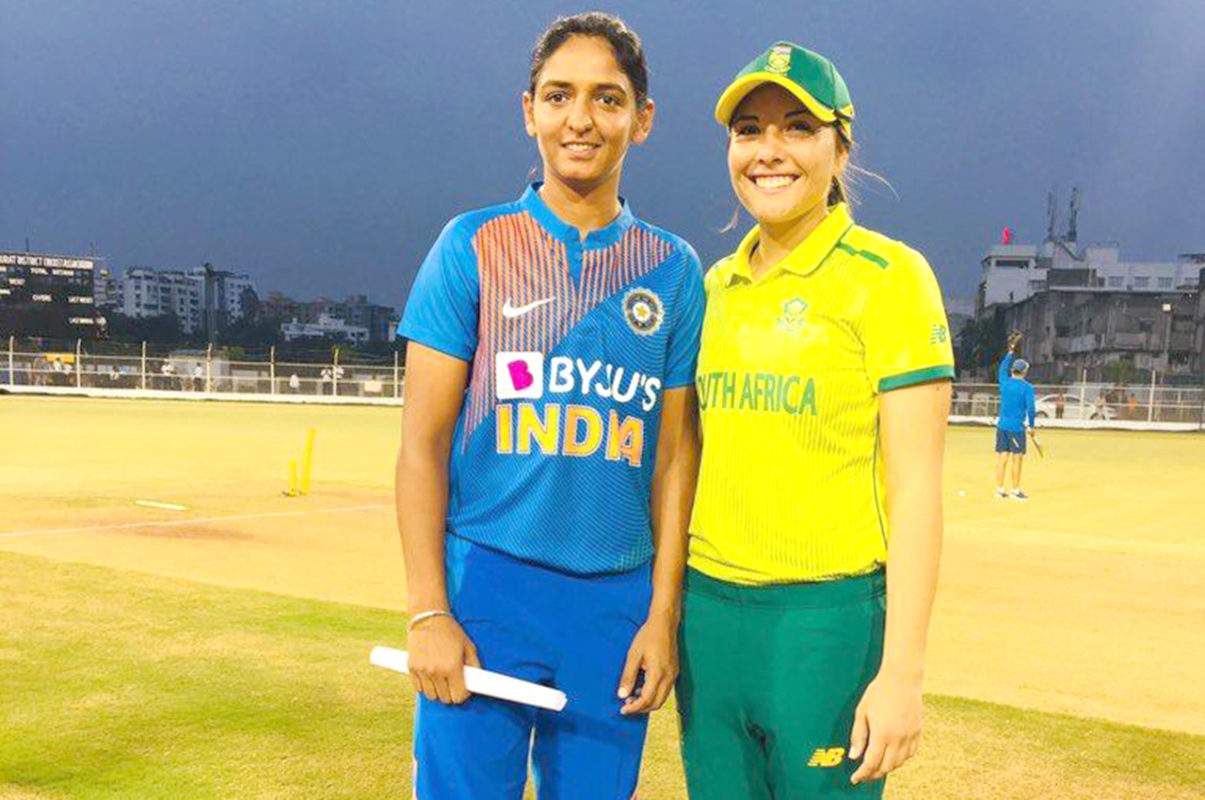 It was a day of celebration for hosts India boasting an 11-run victory over the Proteas when the visitors succumbed to a superior bowling attack to concede the first of five T20 internationals at Surat in India, on Tuesday, 24 September.

Deepti Sharma was the star of the show, taking three wickets for eight runs as SA were bowled out for 119 chasing 131 to win.

Much of the Indian pressure has to be ascribed to Player of the Match Sharma, who sent down her first three overs without conceding a run, while claiming the three prized wickets of Tazmin Brits, Nadine de Klerk and Shabnim Ismail.

Mignon du Preez top-scored for South Africa with 59 off 43 balls, but the damage was done at the top with only two other batsmen making it to two figures, and SA failing to string together any partnerships.

Earlier South Africa’s bowlers put India under pressure with a strong performance to restrict the hosts to an under-par 131, with opening bowler Shabnim Ismail taking the wicket of 15-year old debutant Shafali Verma in the first over.

India were in all sorts of trouble on 39/2 at the start of the ninth over when Suné Luus brought herself on to bowl, only for Indian captain Harmanpreet Kaur to dispatch the SA stand-in skipper for a big six in moment that changed India’s trajectory towards victory.

South Africa missing three big stars in Dane van Niekerk, Marizanne Kapp and Chloe Tryon. This is a young team and while this loss will hurt, they can bounce back. #INDvSA #AlwaysRising

Tumi Sekhukhune struck a body blow with a brilliantly-timed slower ball in the 10th over, removing the dangerous Jemimah Rodrigues caught Tazmin Brits just as she was beginning to accelerate the pace alongside Kaur.

Shangase and Sekhukhune combined for a dry two-over spell following the skipper preference for rotating her bowlers after an over each before Nadine de Klerk came in to start the 13th over.

De Klerk had a shout turned down in her first over, and Luus trusted her with a second over, a decision that paid dividends when the all-rounder took the wickets of both in-form batsmen of Kaur and Deepti Sharma in the space of three balls.

India’s last five overs cost 28 runs for the loss 5 wickets, Ismail coming back with two wickets, and only opener Smriti Mandhana and India’s no. 4 Kaur made more than 20 runs apiece, and Kaur aside, it appeared that India were lights on runs and not in the best position to break their losing streak.

The initial skirmish of the Proteas women’s batting innings was between Lizelle Lee – up to 200% strike rate just nine balls into innings, her opening partner Tazmin Brits watching proceedings from the other side.

Luus: The way Ayabonga, and Shabnim started off – they gave us a good platform. We should have chased this down.

I think the batters didn't execute. We have to work on that if we want to win. We need to take into consideration the amount the ball is spinning next game.#INDvSA

Lee was on fire in trademark style with the Pooja Vastrakar and Shikha Panday feeding her leg-side preference, but Panday had the last laugh when her straighter delivery found the gap between bat and pad to break the bails.

Deepti Sharma sent down a maiden third over to pile on the pressure after Lee’s departure, and she returned for the wickets of Brits and Mignon du Preez for a duck in the fifth over, a mini-collapse for South Africa then 29/3 after five overs.

India scented victory in the air when Poonam came back in the ninth over to claim both Wolvaardt – with the googley – and Suné Luus for a golden duck, a moment marked by SA having lost four wickets for 19 runs in 5 overs.

Former skipper du Preez stood resolute all these overs as partners on the other end came and went, and her half-century stands out in testament to her fighting capacity, but with regular wickets falling on the other side, she had no partner with whom to push for a win.

With India on the ascendency coach Hilton Moreeng will look to make a better fist of the second T20 international, played at the same venue on Thursday.

Picture 3 caption: The first international match at the Lalbhai Constructor Stadium was met with a rapturous crowd estimated to be in excess of 17,000, to mark a special win for the home side as the series gets underway. Photo: gsport