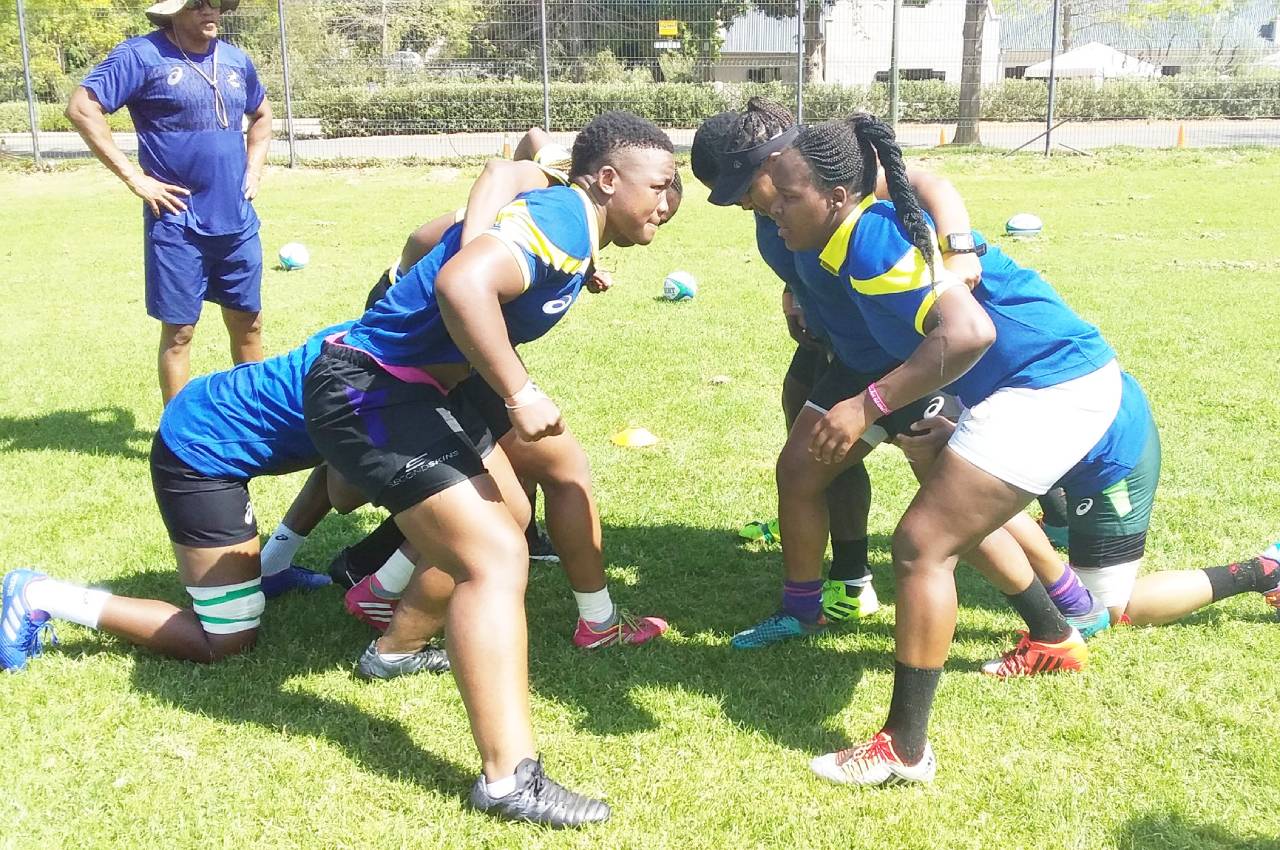 Springboks captain and prop Babalwa Latsha said her team learned valuable lessons in their defeat against Spain last week and are determined to improve on their performance against Scotland as they look to get their two-match series off to a winning start at the City Park Stadium in Cape Town on Monday.

The Springboks gathered in Stellenbosch on Wednesday and hit the ground running with two training sessions a day since, as they prepare for their back-to-back Tests against Scotland on Monday 30 September, and Saturday 5 October.

“We are all on the same page as a squad and we are excited to play against Scotland,” said Latsha.

“It is very exciting to be back on the international scene and these Tests are a good marker to determine where we are and where we need to be.

“The Test against Spain was a good learning curve for us, and it allowed us to do some reflection as a team and identify some work-on’s going into the next two Tests.”

“We are definitely on the right track and it would be great to register a win on Monday.” – Springboks Captain, Babalwa Latsha

Zoning in on their 29-12 defeat against Spain in Despatch, Latsha said: “Our discipline let us down in that game because we conceded way too many penalties, and we made a few costly mistakes.

“But there were more positives than negatives, which we certainly can build on. It would be great to get a good result against Scotland. I think we play a good brand of rugby, so it is just a matter of getting that to show on the scoreboard.

“We are definitely on the right track and it would be great to register a win on Monday.”

Latsha said the new players had settled in nicely and that their presence would add a new dynamic to the team.

“There are some good combinations in the squad that are working for us, but at the same time this group includes a good mix of experienced players and youngsters who really want to learn and experience the quality of rugby at this level. And in that sense, we complement each other well, and I believe it contributes to a good squad set-up,” Latsha ended.

Springboks coach Stanley Raubenheimer will announce his match-day squad for the clash on Sunday. The match kicks off at 17h00 and will be streamed lived on www.springboks.rugby.

Photo 1 Caption: The Springboks in action in training in Stellenbosch ahead of their two-match series against Scotland at City Park Stadium, Cape Town on Monday, 30 September and Saturday, 5 October. Photo: @WomenBoks on Twitter