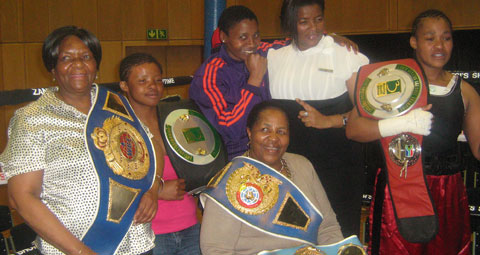 It’s showtime for SA’s only female boxing promoter, Mbali Zantsi, who will host the all women boxing tournament “Power to the Women”, with the City of Ekurhuleni at the Brakpan Indoor Sports Centre on Saturday, 25 August.

With her company Showtime Boxing Promotion having produced more than 20 SA and World Champions in male and female bouts, Zantsi told gsport: “The standard of women’s boxing has improved tremendously, if you look at where we started in 2007, with the all-female boxing tournaments.

We only had five girls that turned professional and had no opponents for them in the country, so their first professional boxing was an international one, as we had to bring girls from Brazil to fight with them.

“From that first five, two of them went on to be world champs, Noni Tenge and Unathi Myekeni. We now have a pool of girls and have more SA champs, and rated opponents.”

The historic event marks the fifth SA All Women Boxing Tournament since the first event took place at the Durban ICC in 2007, where Showtime introduced the first group of girls to professional boxing.

“The main aim is to produce the likes of Noni (She Bee) Tenge, who is currently the world champion. We intend to produce more champions and sustain their development and turn them into international competitors of note, and thereby making them South African ambassadors.”

The tournament forms part of Women’s Month celebrations and serves to acknowledge and recognise women who have played a significant role in the advancement of South Africa, and whose legacy continues to inspire the nation.

This is the second year that SBP and the City of Ekurhuleni partnered to host the showpiece after the successful hosting of the tournament last year. It features female officials as referees, judges, time-keepers, ring announcer and promoters.

The “Power to the Women” Boxing Tournament takes place at Brakpan indoor Centre in Ekurhuleni on Saturday, 25 August. Admission is free for females, students and children up to the age of 18 years. Men will have to pay R20 at the door.

According to Ekurhuleni Executive Mayor Clr Mondli Gungubele, there could not have been a better way to celebrate women and their strength in pushing for new frontiers than through a boxing tournament of this nature.

“Women will showcase their prowess and assert that they can indeed be anything they want to be through a sport that has been male-dominated for a long time,” he said.

Clr Gungubele’s sentiments were echoed by Ekurhuleni’s Member of the Mayoral Committee for Sport, Clr Zeni Tshongweni, who expressed delight at the municipality’s participation once again.

“We are pleased to play a role in ensuring that the sport of boxing in particular is returning to its former glory, where people used to pack halls just to see one fight. Through this partnership we are giving back to the community and its women.

“We want to see the development of a continuous programme that will assist in the grooming of youth in schools and in the community, and ascertain that there is a pool of boxers and athletes from the City of Ekurhuleni that can compete nationally and internationally,” said Tshongweni. 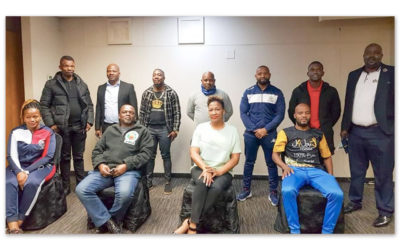 South African Boxing Promoter, Zandile Malinga, is ready to claim her rightful place in professional boxing after being elected as Chairperson of the KwaZulu-Natal Professional Boxing Association. #MondayMotivation