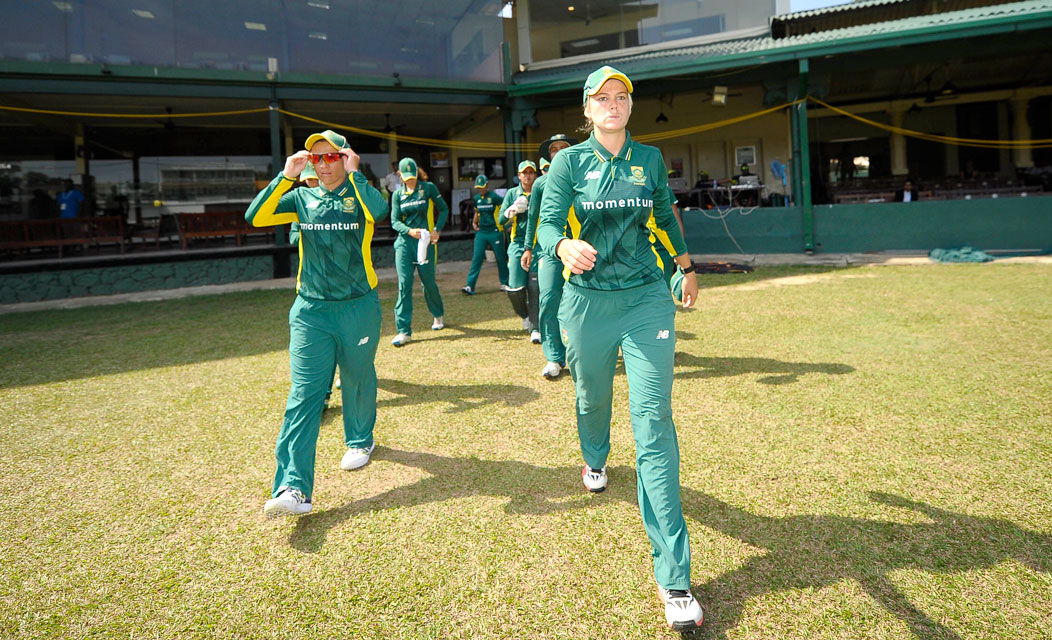 Just One More Thing after Momentum Proteas Finish the Job

A stellar bowling performance by the Momentum Proteas laid the foundation for a comfortable, 36-run Duckworth-Lewis win over Ireland in their final match of the Super Six stage at the ICC Women’s World Cup Qualifier 2017 at the Colombo Cricket Club ground on Sunday.

Ireland, who had been knocked out of the reckoning in its first Super Six match against Bangladesh, will return home with no wins against the higher ranked sides.

South Africa won all its matches except the India clash to finish runner-up in the series with eight points, bested only by India’s unbeaten run in the tournament which saw it finish with a maximum of 10 points, after the Super Six stage.

South Africa will face India in the tournament final on Tuesday, 21 February.

All the seven South African bowlers used took at least one wicket each in the team’s final Super Six tie on Sunday, with Lizelle Lee (2/12), Sune Luus (2/34) and Dane van Niekerk (2/45) all taking two apiece as the Irish were bowled out for 166 in 49.5 overs, after winning the toss and batting.

As usual, the South African pacers made the early inroads, Ayabonga Khaka was virtually unplayable after sending down four maidens in an immaculate five overs that cost a mere four runs and included the prize wicket of opposition captain Laura Delany (1).

Marizanne Kapp was also impressive with her four overs, going for four runs and one wicket.

In reply, South Africa lost Lee (14) early, but an unbroken second-wicket stand of 59 set them on their way for the win.

South Africa was 82 for one in 21 overs when the rains came, with opener Laura Wolvaardt (32 not out) and Mignon du Preez (29 not out) putting on an unbroken 59-run stand that saw the team to a 36 runs victory under the DLS method.

South Africa had already secured their primary objective by securing qualification for the ICC Women’s World Cup beginning in June in England along with India, and Sri Lanka and Pakistan secured their places in the tournament in their final fixtures on Sunday, to finish third and fourth in the qualifier series respectively.

India captain Mithali Raj: “I’m happy at the way the team has shaped up from the first game. It has been a good tournament so far for us. Our spinners have done well through the tournament but our batting has to be better, especially if we are chasing 200 or more against top teams – that is an area that needs to be addressed.”

South Africa captain Dane van Niekerk: “We did not think too much about the final, we knew it would take care of itself if we played well. Hopefully, we can end it on a high. We are very happy with the team. Every pitch is different and I’m proud of the girls and with how they have stuck it out in these conditions with the pitches also varying a little bit.”

Photo 2 caption: After Ireland won the toss and chose to bat on Sunday, South African pacers made the early inroads with Ayabonga Khaka virtually unplayable, sending down four maidens in an immaculate 5 overs that included the prize wicket of opposition captain Laura Delany. Photo: ICC

Photo 3 caption: After bowling Ireland out for 142 in the final over, Lizelle Lee and Laura Wolvaardt (pictured) put on 23 runs for the opening partnership, before Wolvaardt and Mignon du Preez added an unbroken 59-run partnership before rains brought a premature end to the match, and with it a comfortable 36-run win for SA by the Duckworth-Lewis method.

Photo 4 caption: Opener Laura Wolvaardt (32 not out) and Mignon du Preez (pictured, 29 not out) putting on an unbroken 59-run stand that saw the team to a 36-run victory (D/L). Photo: ICC

Photo 5 caption: Dane van Niekerk says the team has not focussed much on the tournament final against India at the P. Sara Oval on Colombo on Tuesday: “We knew it would take care of itself if we played well. Hopefully, we can end it on a high!” Photo: ICC