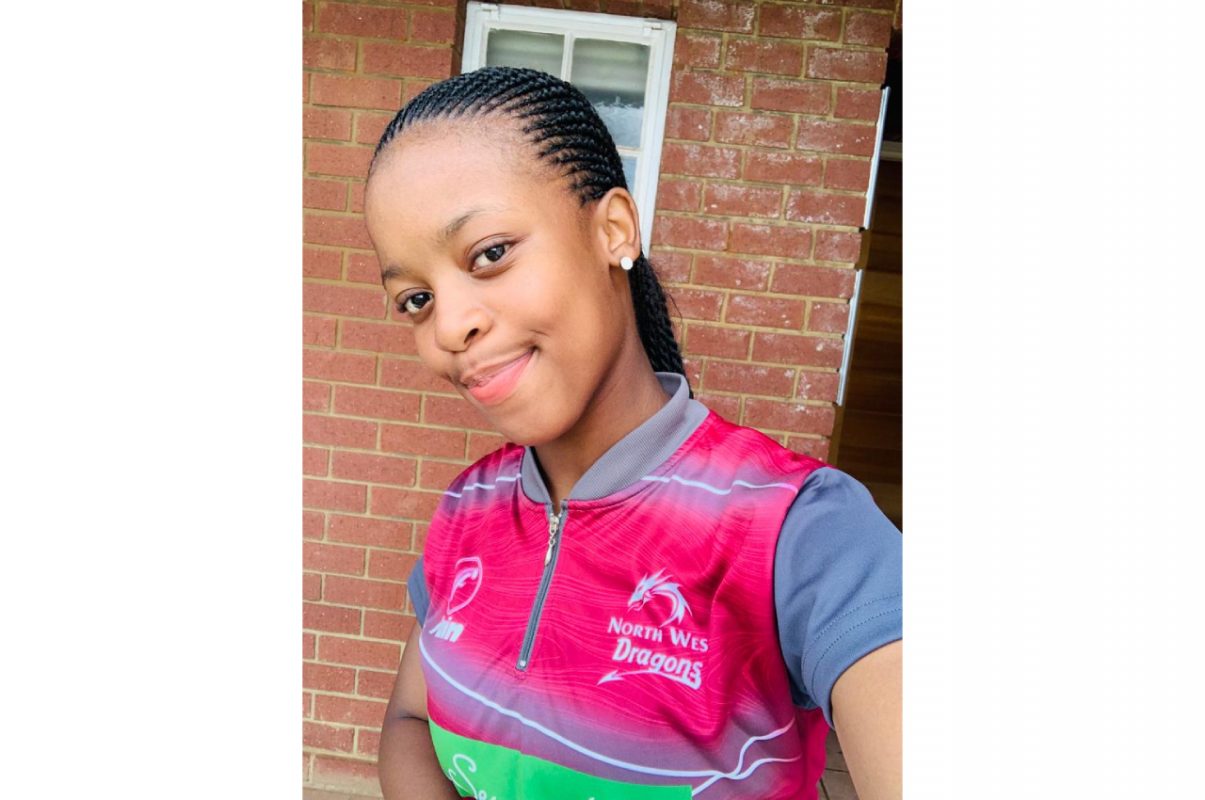 North West Dragons U19 bowler, Katlego Setlhodi, is putting in the hard yards as she aims to progress to the senior national women’s cricket team.

At primary school, Setlhodi was involved in athletics but soon developed a passion for cricket as she would join the kids playing the sport on the street.

She then went on to join a local club where she was eventually recognized by NW Dragons coaches and roped into the provincial side.

At 18, the matriculant says her highlights include representing the North West province, being selected for SA Schools, and receiving a call up to the CSA TAP camp.

Setlhodi reveals Momentum Proteas duo, Masabata Klaas and Tazmin Brits, as her national team inspirations and hopes to follow in their footsteps.

Speaking with Tlamelo Kganakga, Setlhodi chats about overscoming challenges as a student of the game and her aspiration to play in England.

Katlego, thank you so much for chatting to us. Please tell us about yourself and where you are from.

Why did you choose cricket and if you weren’t playing, where would we most likely find you?

At primary I was an athlete. I started to join cricket when my friends were playing on the streets. There was netball and soccer, but I didn’t know anything [about those sports] then I realized that I was developing love for cricket. I decided to join the hub/club teams that’s where I was recognized by NW coaches. If I wasn’t playing cricket, I’ll probably be still an athlete – running.

What are some of the challenges you face and how do you overcome them?

I become hard on myself and at times blame myself if we lose, feeling like I didn’t do enough for the team. I overcome those challenges buy first accepting that cricket is a game and at the end of the day, there must be a winner or loser.

What has been some of your highlights in your career so far?

Representing my province, being selected for SA Schools, and receiving a call up to the CSA TAP camp.

In your opinion, how’s the state of cricket in the North West Province?

We’re currently the CSA Champions and we’re happy about that. NW cricket is looking good – we are full of young girls who are very talented, and we get a lot of opportunities to represent our province and to showcase talent.

Masabata Klaas and Tazmin Britz – I look up to them and as a bowler, I’m learning a lot from Klaas, and they both inspire me.

What do you do for fun?

I usually hang out with friends.

In future I would love to play for the Momentum Proteas.

I’m a go-getter and I don’t believe in quitting. Once I put my mind on something I go for it.

What do you think we as media can do to amplify women’s sport coverage?

Media need to help to ensure that all women are empowered in all sporting codes and focus more on being introduced into coaching and administration.

If you could travel anywhere in the world to play cricket and represent SA, where would you like to go?

Work hard, be disciplined and listen to your coaches. Focus more on your studies so that you can have something to fall back on after your career has ended.

The Momentum Proteas progressed to the semi-final round of the ICC Women’s Cricket World Cup in New Zealand. What did you think of their campaign?

Their performance was on point as they only lost 2 games. Many individuals in the team achieved their milestones and that was really good to watch.

Photo 1 Caption: North West Dragons U19 bowler, Katlego Setlhodi, is putting in the hard yards as she aims to progress to the senior national women’s cricket team. Photo: Supplied