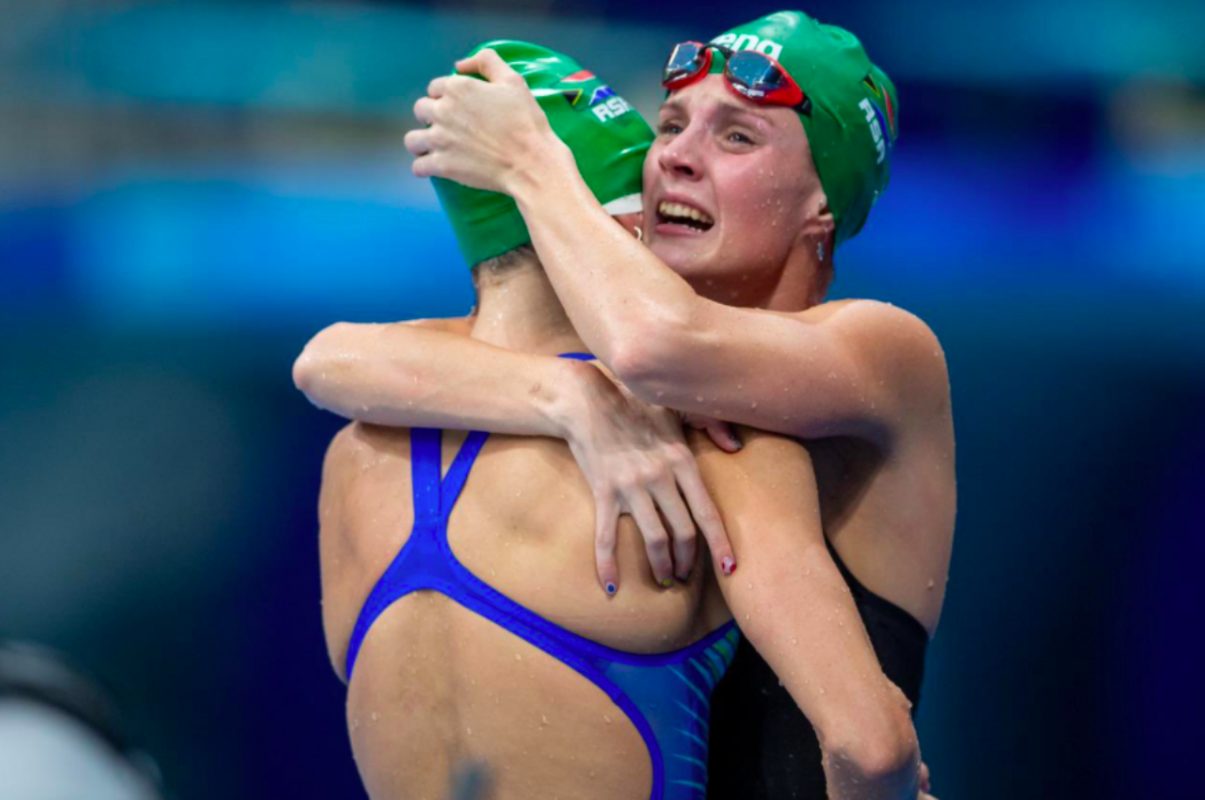 Olympic swimmer, Kaylene Corbett, is over the moon after featuring in the 200m breaststroke final on Friday, 30 July 2021.

The 22-year-old finished in fifth position after shaving 0.40 seconds off her Personal Best in the semi-final race.

“Considering just…not even thinking about finals or anything like that, honestly just wanting to swim a PB and then going on to place fifth in the Olympic Games is huge,” Corbett explained after her performance.

The Tuks swimmer went on to further explain how the journey has been an emotional ride: “All of this that has happened the last week has been a gift from God. He blessed me with a PB and then fifth in the whole world – it’s mind-blowing to me.”

Speaking on her training partner, Tatjana Schoenmaker, who claimed gold and set a new World Record in the 200m breaststroke event, she said: “Oh, don’t even get me started on that girl!