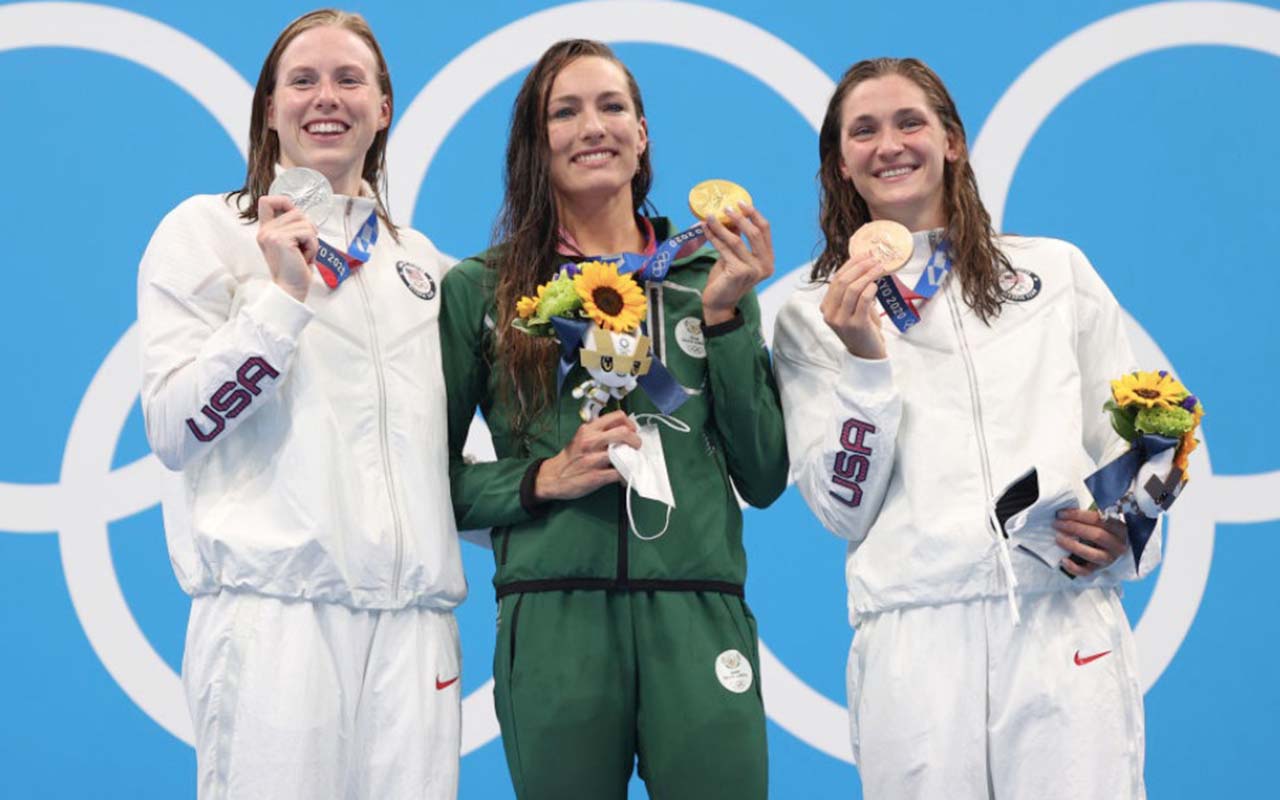 The face after you realise you've broken the WORLD RECORD!

Schoenmaker beat American, Lilly King, in a titanic struggle, finally getting her opponent’s measure in the final 50m to touch the wall in 2min 18.95sec.

Kaylene Corbett also performed heroically, finishing fifth in 2:22.06, which was 0.01sec away from producing a personal best in three consecutive swims.

Earlier this week, Schoenmaker earned silver in the 100m breaststroke event, where she became only the eighth South African woman to win an Olympic medal in 21 years.

Female athletes have won all three medals by Team SA so far, taking the SA women’s medal tally to 14 at the Olympics since 1992.

Other results on Day 7:

In the women’s 50m freestyle heats, Emma Chelius qualified for the semi-finals after her 24.65 swim placed her 11th fastest among the list of qualifiers.

Mariella Venter, Tatjana Schoenmaker, Erin Gallagher, Aimee Canny finished seventh in 4:02.02 behind Australia (3:55.39) but failed to qualify for the final in the 4x100m medley event.

The South African Women’s Water Polo team were on the receiving end of the biggest drubbing in Olympic women’s waterpolo history, losing 33-1 against the Netherlands.

In Pool A of the hockey, South Africa lost 4-1 against Germany. Toni Marks scored South Africa’s consolation goal in the 53rd minute.

Dominique Scott recorded a 15min 13.94sec time to finish 13th in her 5000m athletics heat, despite the time being a season’s best. That placed her 26th overall and she missed out on a spot in the final.

Stay tuned to gsport.co.za and gsport4girls across social media for latest updates on #Tokyo2020!