When the elite ladies batch lines up on the start line of the 2013 N3TC Drak Challenge on 19 January 2013, Robyn Kime, the 2012 defending champion, will certainly be the paddler to watch in the women’s race.

In 2012, Robyn Kime finally shook off her Drak bridesmaids crown and stepped up to the top step of the podium. This, after having to settle for second position behind Olympian, Michele Eray, in 2009, and twice behind Abby Adie, her Team Best 4 Kayak Centre teammate and racing rival, in 2010 and 2011.

While Kime has only managed to claim the top step of the podium once in the last four years, she is the holder of both the day 1 and day 2 records.

Does the bid to defend her 2012 Drak title add pressure to an already tension filled two days of racing for Kime?

“Being the defending champion doesn’t change much. I am just going to go out there and race as hard as I can,” says Kime.

“There is a strong ladies field this year, and Jen Theron and Abby Adie will certainly be a threat to retaining the title.”

For a race like the Drak Challenge, with its unpredictable water levels, paddlers have to be prepared to tackle the river at any level it presents. Unlike most of the field who prefer a slightly fuller, more forgiving level, Kime enjoys a technical Drak, on which she can test her abundance of skills.

“I prefer a lower more technical level but not so low that we need a Hatcheries start! That being said, a full river is also lots of fun.”

Every Drak paddler has their most favourite and least favourite rapids, and Kime is no exception.

“I love the section from the start to just past Black Murray where it starts to get flat.”

“As for my worst rapid, I have done a lot of swimming on the Drak! I have swum at the Mineshaft Weir a couple of times, as well as at Glenhaven Rapid – but that was before they made the rapid easier – touch wood! I also tend to often swim at the smallest most insignificant rapids.”

Best known for her title as the “Dusi Princess”, Kime says it is a tough call about whether her racing style is better suited to the Dusi or the Drak.

“The Drak is a lot easier and a lot more fun than the Dusi, with shorter days, cleaner water and a more relaxed atmosphere. From a racing perspective, however, the Dusi probably suits me better because of the running which not all of the top paddlers are as good at.” 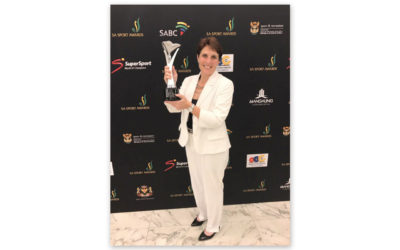 As the nation prepares for this week’s announcement of further lockdown regulations to deal with the second wave of the Covid-19 pandemic, Canoeing South Africa has moved pre-emptively to shift... 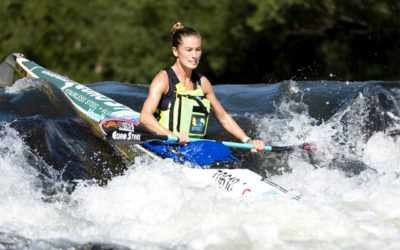 Mackenzie Ready to Make Her Mark at Drak Challenge

Despite a love-affair that goes back decades, the Umzimkhulu River and Christie Mackenzie have yet to sync up in the elite women’s race over the two days of the N3TC Drak Challenge, in...