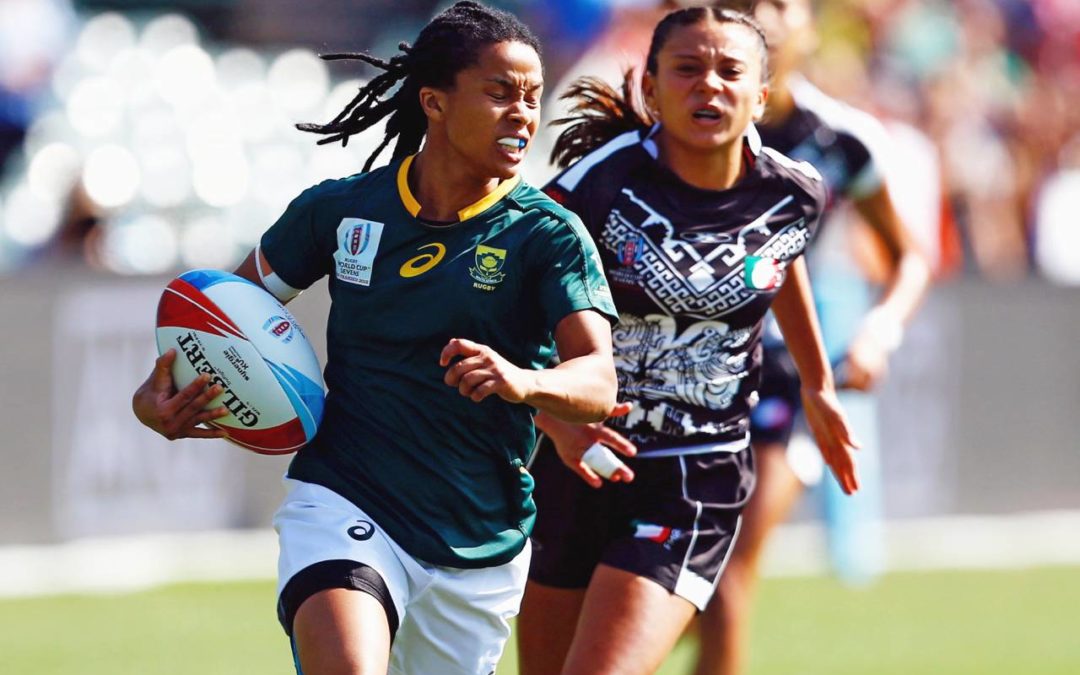 Springbok Women’s player, Kimico Manuel, has signed a professional contract with Sportclub Neuenheim (SCN) in Germany and is set to feature in her first match against RSV Koln on Saturday, 29 February 2020.

Over the years Manuel has dominated the local platform having turned out for DHL Western Province and for both the Springbok Women’s 7s and 15s sides.

She arrived in Germany on Tuesday, 25 February, and says that she is extremely excited about her future abroad.

“I am blessed! I don’t even know how to express how I feel, but I am grateful for this opportunity. It is once in a lifetime because not everyone, especially females get this opportunity, so I am really grateful.”

Manuel confirmed that she will feature for both the 7s and 15s team.

At present she is still unfamiliar with her surroundings but is coming along.

“Everything is good.” – South African rugby player, Kimico Manuel on her move to Germany.

“The lifestyle is obviously a bit different, but I don’t have any problem with it, I fitted into it the first day!

“With the different languages, it’s a bit challenging (laughs) but it’s similar to Afrikaans and sometimes they use Afrikaans words and English, so I’ll hear what they say.

“I just had a problem with the weather conditions because it was snowing, and it was about 3 degrees, so it was quite cold. But other than that, everything is good.”

Speaking on having to leave home and her familiar surroundings, Manuel emphasises that it was not difficult for her to do.

“I won’t say that it was a struggle to leave home because I have been traveling a lot and I just have to adapt to the lifestyle or the situation.”

“This is a very good sign for women’s rugby in South Africa because Babalwa and I have set the bar.

“So, South African female rugby keeps on growing each year.

With the Rugby World Cup in 2021, Manuel says that there is a bit of pressure on their shoulders.

“Yeah, I would say that it does put a bit of pressure on us. I still want to represent my country in 15s because I did represent the country in the 7s World Cup in 2018, Youth Olympics in 2013,” she ended.