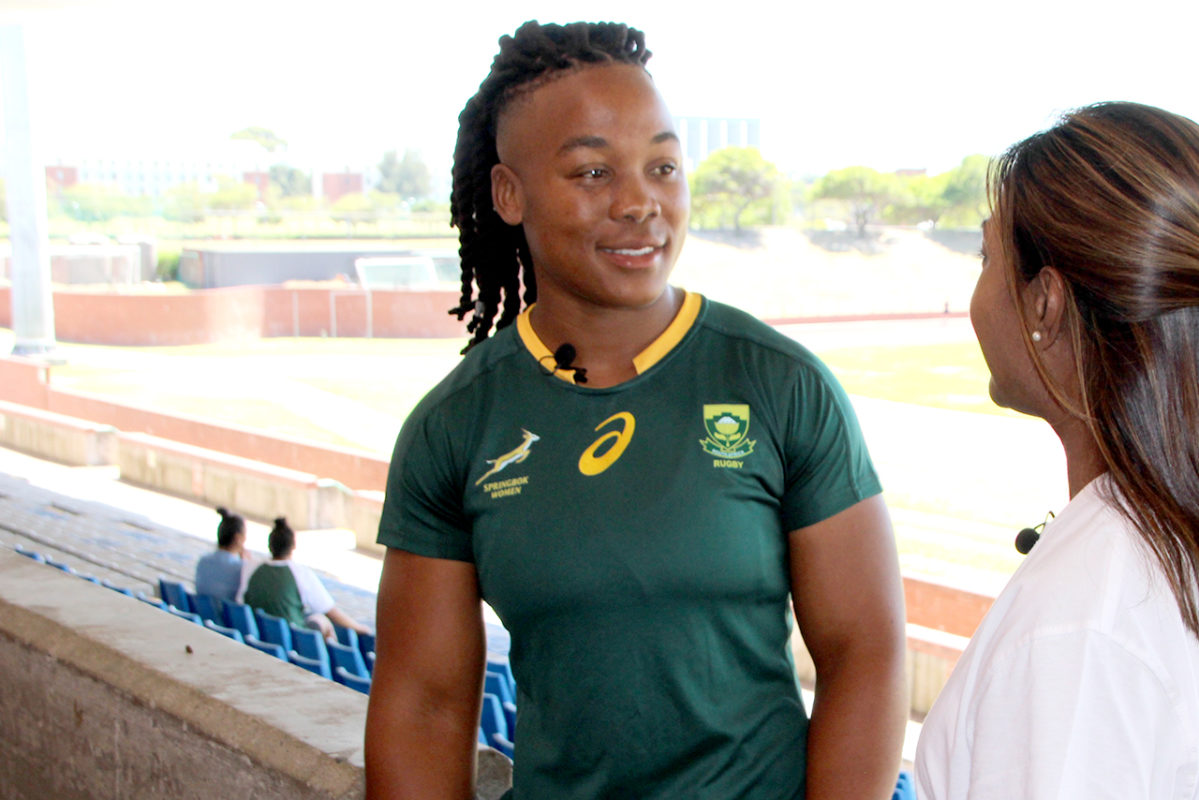 My day is made I tell you. Thank you @BabalwaLatsha for truly being such an inspiration. Looking forward to a successful journey in Spain. @WomenBoks

Latsha, who has always dreamt of taking her game global, will join Eibar Rugby for the 2019/2020 season. She leaves South Africa on 7 January 2020.

Speaking to gsport shortly after news broke on social media, Latsha said: “ I am so excited, I am shaking… This is a phenomenal thing for my career and for South African women’s rugby as a whole. I think that it is high time that we broke boundaries and ventured out.

“I am extremely excited to be the first South African to do this ( play in Spain) and I am hoping that more and more South African female rugby players will be getting opportunities to go overseas. I am ready! It is something I have been dreaming about for a long time.”