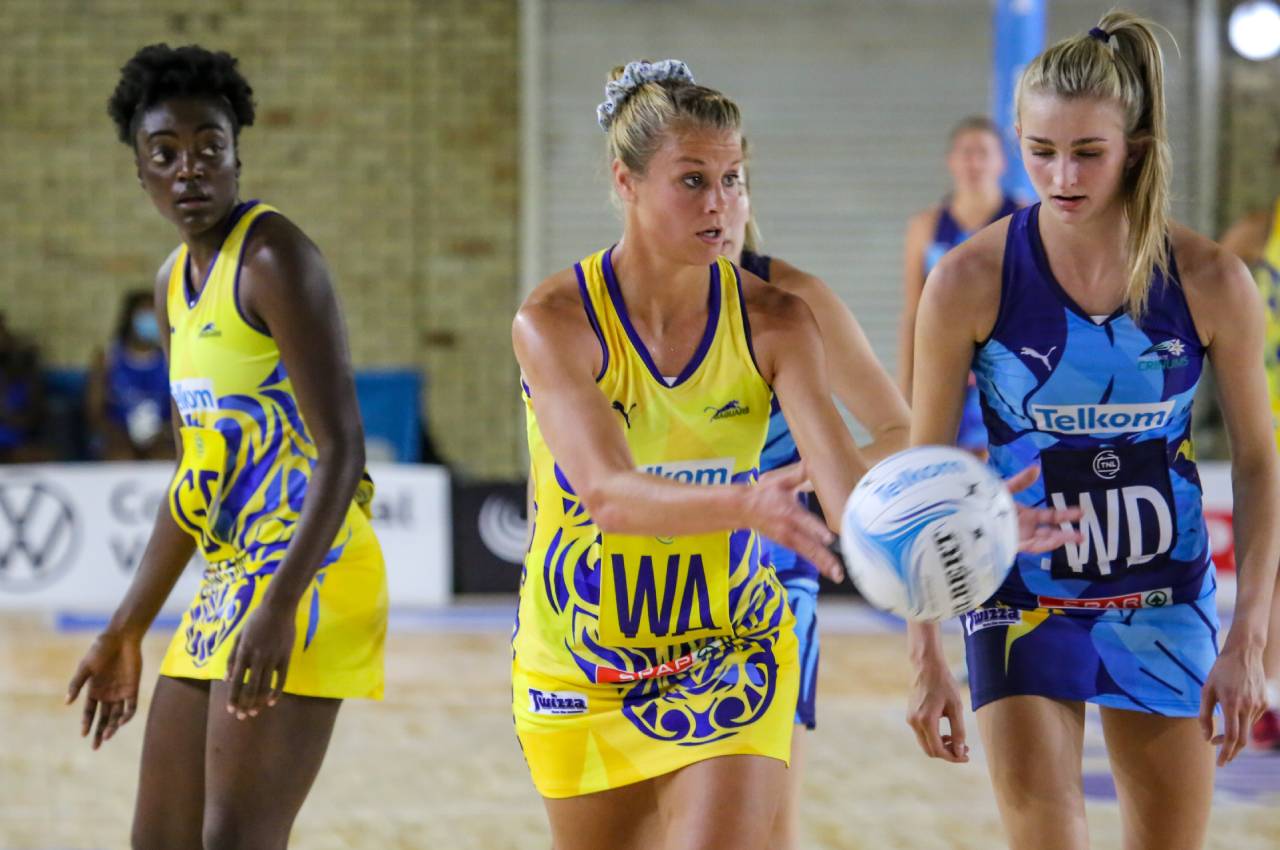 Kingdom Stars suffered a 44-32 loss against the Southern Stings in the last match of round one in the Telkom Netball League on Monday, 19 October 2020.

This was their final round one match, and the Stars have a mammoth task ahead of them in the next round to try and finish in a comfortable position having lost five consecutive games and occupy the bottom of Division A. Meanwhile, the Stings have won 3 out of 5 games and drew 1 match against the defending champions so far.

The second round starts Tuesday, 20 October, and Stings coach, Annelie Lucas says it’s game on, ‘’The second half will be tough, we know that so we had to set up a nice position but now the game is on. This is where the competition actually starts and we ready for that.”

Stars captain, Precious Mthembu is still optimistic about round two, ‘’In the next round, we really going to work on closing that gap and hopefully get a win in one, two or even three games.

In the second game, the combination at the back between goalkeeper, Palesa Mbukwana and goal defence, Maryke Coetzee paved way for the Sunbirds to beat the Kingdom Queens 43-34. Queen’s shooters, Nomfundo Mngomezulu and Sinethemba Mkhize had the opportunity to add more goals in the final quarter but could not convert some of their chances which resulted in their fourth defeat of the tournament.

This is what Sunbirds captain, Faith Motau had to say after the match, “The last quarter we played with a totally inexperienced team and I think there were only two girls who had experience. From the first quarter to the last quarter we said we going to carry each other and that is exactly what we did today’.”

The Eastern Cape Aloes maintained their number two spot in Division B following their 45-29 win over the Northern Cape Diamonds this afternoon. The Aloes shooting department have been an integral part in their success, shooting a total number of 189 goals in five matches with a goal difference of 41 which is the best in their Division.

The Gauteng Jaguars returned to court today and reclaimed their number one spot in Division A after a great come back against the Free State Crinums winning the match 42-39.

Following a 20-all draw in the second quarter, both teams were forced to pull out all the stops in order to finish round one on a high. The Crinums had the upper hand in the third quarter leading by two goals but the tables turned in the last 4 minutes when the Jaguars were leading 38-37.

Coaches asked for strategic stoppage time but Jaguars goal defence, Akosua Mensah snatched a vital intercept in the last two minutes which gave the defending champions an advantage to seal the game.

Crinums coach, Burta de Kock decried her team’s weakness, ‘’It’s something that has to change now, we can’t keep losing ball possession over and over again because of our decision making and we need the girls to know that the moment there is a turnover, it has to be successful’.”

The Limpopo Baobabs still need to dig deeper in terms of finding that first elusive win the Telkom Netball League. The last match in round one went in favour of the Western Cape Tornados who beat the Baobabs 27-20. Rookie errors and fatigue hindered the Limpopo side’s success but both teams weren’t doing well in the shooting circle with the Tornados on a 65-goal percentage and the Baobabs on 62 at the half-time break.

And lastly, the SPAR SA U/21 TNL team played their last exhibition match against the Southern Stings this evening and won 36-35. The SA side has taken full advantage of these games trying out different combinations and finding out their strengths and weaknesses as part of their preparations for next year’s Netball Youth Championships in Fiji. There are a lot of positives that the youngsters can take from this experience even after winning three matches and losing three.

SA U/21 coach, Dr Elsje Jordaan is satisfied with what the team was able to achieve, ‘’We won three out of six which is not too bad but still keeping in mind that the teams didn’t play their top line-ups. We very happy with some of the answer’s that we got and the combinations, so overall I think it was a massive success and it was great to have them here and being part of the tournament’’.