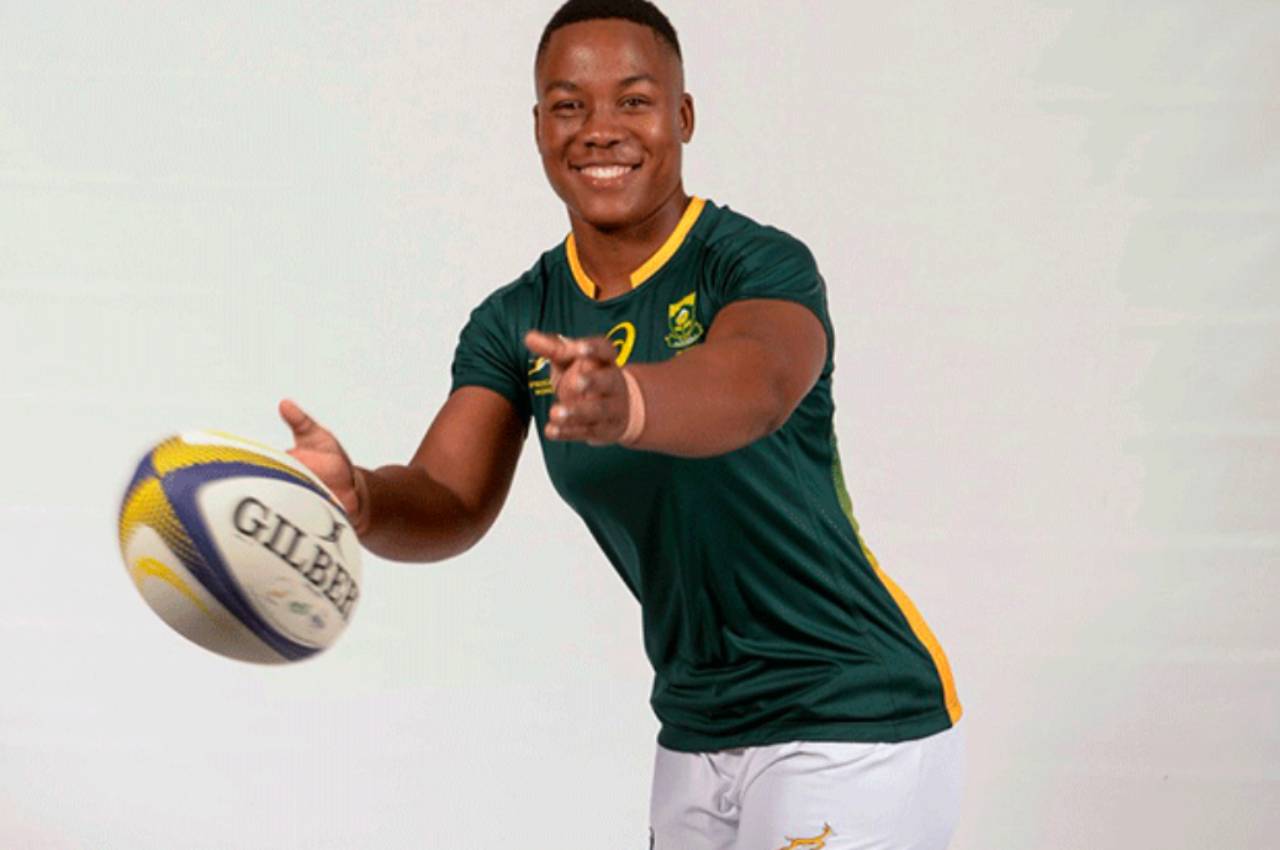 Latsha: From Khayelitsha to African Trendsetter

At the young age of 26 years old, Babalwa Latsha has made it her purpose to inspire and motivate the youth, spreading the message that they can achieve anything they put their minds to thanks to her journey from Khayelitsha to being the first contracted 15s rugby player in Africa.

She later went on to captain the Springbok Women’s team to a comprehensive series victory in the Rugby Africa Women’s Cup in 2019 – which served as the 2021 Rugby World Cup qualifier – and in their local Test matches against Spain and Scotland.

“I’m living evidence that nothing is impossible and that your surroundings should not limit the size of your dreams.” – Springbok Women’s captain, Babalwa Latsha

Latsha’s strong presence in the scrums and in general play attracted interest from Spanish Club SD Eibar, and earlier this year, she made history by becoming the first professional South African women’s 15s rugby player.

“I’m living evidence that nothing is impossible and that your surroundings should not limit the size of your dreams,” said Latsha.

“Rugby has given me a voice, the courage to question certain norms and allowed me to impact the lives of young boys and girls positively.

“I have also honed leadership skills and learned perseverance, dedication and diligence.

“More importantly I have learned to be selfless in everything that I do, putting aside personal gain and focusing on the betterment of others through rugby.”

Latsha, who was also named as one of 12 Rugby Africa Women’s Unstoppables earlier this year, was only exposed to rugby at university level, but her passion for the game and professional approach to her training has seen her establish herself as one of the top players in the country.

“Rugby has slowly gained some interest over time, as there is now a women’s club based in my community.” – Latsha speaks on the growth of rugby in Khayelitsha.

“My community (Khayelitsha) is a vibrant soccer community,” she said.

“However, rugby has slowly gained some interest over time, as there is now a women’s club based in my community.

“But my first-ever encounter with rugby came briefly through the VUKA development programme run by the SA Rugby Legends Association.

“I took up the sport seriously that same year in my first year of studying at the University of the Western Cape.”

Like many of her teammates Latsha’s rugby journey has had its challenges.

“The biggest challenge for me is the perceptions that society has about women who play rugby,” said Latsha.

“I have had to overcome negative comments because of my muscular build and because I play rugby.

“Women’s rugby is not as popular as the men’s game and this requires me to work tremendously hard to prove myself and my worth.”

With a few big achievements to her name already, it is no surprise that Latsha’s next target is a spot in the Springbok Women’s team at the 2021 Rugby World Cup in New Zealand.

“The most imminent goal is to compete in the World Cup next year,” said Latsha.

“And secondly, I would like to continue plying my trade abroad and opening up doors for many others.

“I would also like to continue to work towards becoming a key figure in rugby in Africa and the world, and ultimately make a significant contribution to the development of Women’s rugby globally,” she concluded.