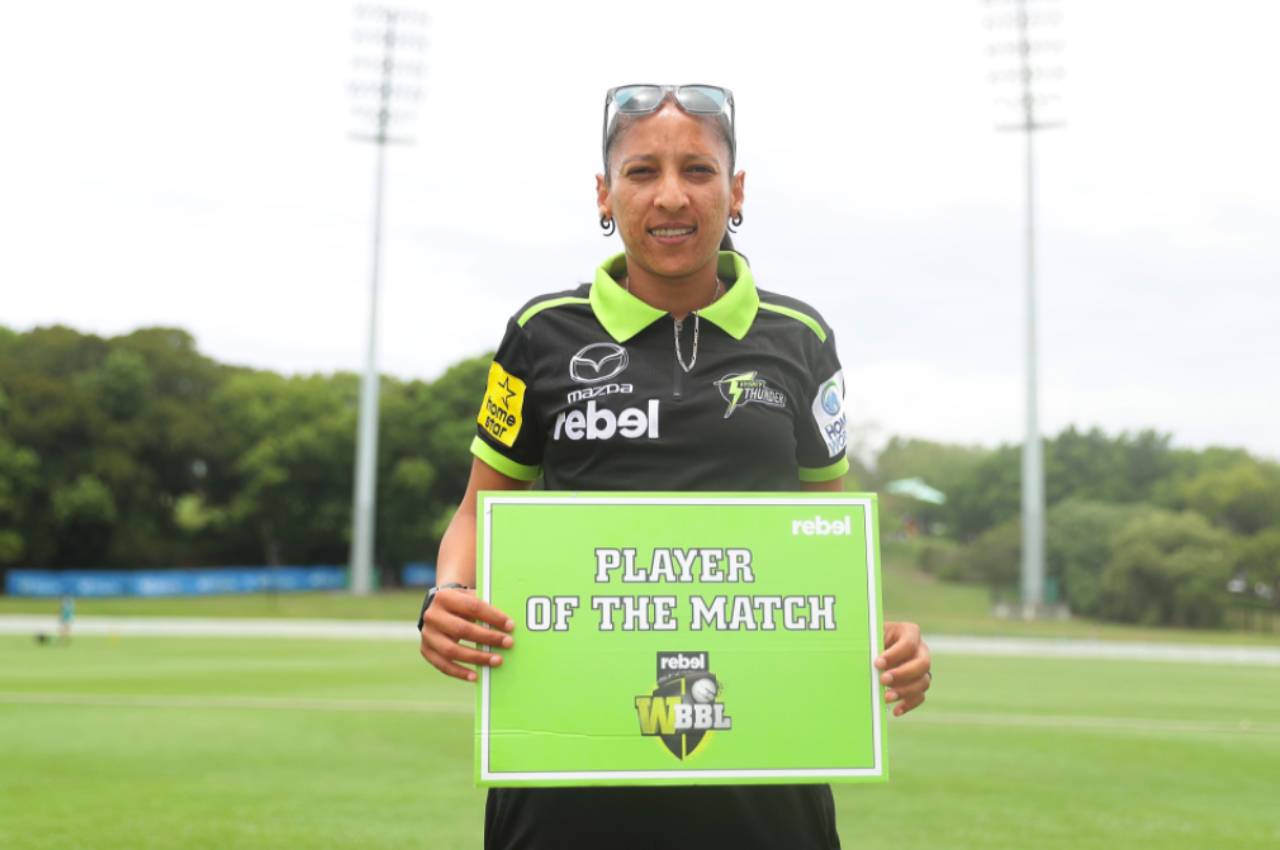 Ismail was named Sydney Thunder’s Player of the Match as she took 3/10 in 4 overs against Hobart Hurricanes, booking her team into the WBBL semi-finals.

Shabnim Ismail set us up with an unbelievable spell in the first innings 🔥 #ThunderNation pic.twitter.com/25F5t6whIO

Du Preez scored her fourth fifty of the WBBL season, smashing 51 off 38 balls as Melbourne Stars finished the regular season with a win and are looking strong for the semi-finals.

Brilliant batting from Mignon du Preez, bringing up 51 off 38 balls before she was dismissed #TeamGreen 💚 pic.twitter.com/VIIxWsLz35

Lee also won Player of the Match for her 79 (45), featuring 9 fours and 4 sixes for Melbourne Renegades, whose campaign ends, along with Sydney Strikers, Adelaide Strikers and Hobart Hurricanes.

For her 79 (45), featuring 9 fours and 4 sixes, Lizelle Lee is the player of the match 👏@abbey_gelmi | #WBBL06 pic.twitter.com/qSVllmlfHM

Semifinals start on Wednesdsay with Melbourne Stars and Perth Scorchers to do battle, followed by Brisbane Heat against Sydney Thunder on Thursday.