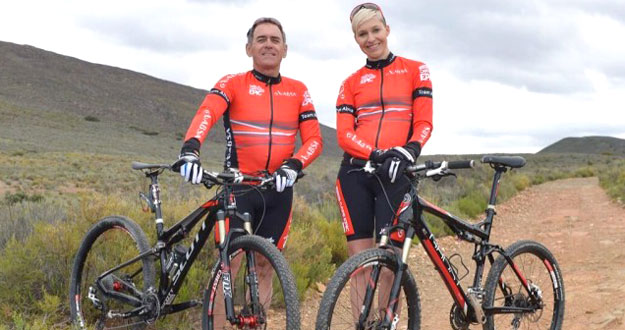 If there is one SA celeb who stands out for her participation in hardcore sporting events, there can be little disagreement about attributing that title to Liezel van der Westhuizen, one of the country’s most-loved celebrities, and a celebrated finisher of the Duzi Canoe (twice) and Ironman.

But van der Westhuizen is loath to sit on past laurels, so it was with little surprise that gsport heard news break on Thursday that she was one of 10 celebs, and one of only two women, challenged to raise money for the Diepsloot Mountain Bike Academy, through her participation in the toughest MTB race in the world – The 2014 ABSA Cape Epic.

Actress Hlubi Mboya is the other woman on the team, and she will be taking on the race for the first time in an attempt to inspire young black South African females to pursue their dreams and overcome their own obstacles. Mboya will be partnered with Investment Banker André Ross who will be looking to complete his fourth Absa Cape Epic in 2014.

Liezel “The Giraffe” van der Westhuizen is one of South Africa’s most popular Radio & TV Presenters. She won the Glamour Women of the Year in Media Award earlier this year (2014) and she currently presents the Sunday Sundowner on 94.5KFM in Cape Town.

Liezel was discovered by the programme manager at Jacaranda FM when he heard her working as an announcer at Makro after serving her apprenticeship at TUKSFM. In 2007, she was a Top 8 Finalist in the Shape Magazine Cover Girl Search and in 2008, she was nominated for the Best New Comer award in both the YOU Magazine Stars- and People Magazine Crystal Awards.

After an 18 month stint as an SABC 3 continuity presenter, Liezel became the second woman in the world to present Idols. She successfully launched SoundCheck Live on MNET in 2010 before starting as a presenter on the SABC 3 breakfast show, Expresso, and making her on-screen debut in the movie, The Race-ist.

In 2012, Liezel became the first female announcer at both the Comrades Marathon and the Ironman Triathlon. She was also widely praised for her work in the media world and was listed in the Mail & Guardian Top 200 Young South Africans, the Runners Worlds SA Top 100 Running heroes of 2012, and the Top 35 Inspirational Women for FINESSE Magazine.

Away from the microphones and cameras, Liezel is a sports enthusiast. She completed the full Ironman event in 2010 with only 16 weeks of cycling experience. She has also finished the toughest canoe marathon in the world, the Unlimited Dusi Canoe Marathon, twice (2012, 2014). In 2014, she will be taking on a whole new challenge- the world’s toughest mountain bike stage race, the Absa Cape Epic!

“I only started mountain biking in July this year so I am still very new to the sport,” she says nervously. “But what a huge honour to be riding for Team Absa; I haven’t stopped smiling since hearing the news!”

Ironically, without her knowing, Liezel’s parents were watching repeats of the Absa Cape Epic highlights on Super Sport earlier this year, when her mom said to her dad: “I bet you Liezel is going to do this event one day,” she retells the story. “They have always taught my younger sister Monique and I to grab every opportunity life throws your way, and to take on as many challenges as possible.

“The next morning I called them with the secret news that I had started training for the Absa Cape Epic. Now they call me every Sunday evening to find out how my training is going!”

This dedicated and hard working woman is no stranger to endurance events. “I think believing in yourself and making sure your mind is strong are the two biggest ingredients in successfully finishing the Absa Cape Epic,” she says. Liezel follows a strict training and nutrition plan; constantly increasing her physical limits in order to push herself further and gain emotional and mental strength.

“When I’m on my hardest training rides I remind myself how lucky I am to be training for this race and that I’m one of the fortunate few able to experience it and that keeps me going,” she continues.

In 2011 – just 3 weeks before she was meant to take part in her second Ironman event, she had a bad fall off her bicycle and fractured her pelvis which resulted in a couple weeks of bed rest and 6 months of no training.

“The doctor said he didn’t think I’d be able to cycle again for a couple of years, and I actually believed that I would never cycle again. Finally, in June this year (2014), I got back on my bicycle and started to cycle slowly again.”

“Difficult doesn’t mean impossible, it just means you have to work and train hard,” is the motto she lives by.

Each rider of Team Absa 2014 will be riding for the Diepsloot Mountain Bike Academy (DMTBA). The DMTBA provides a platform to expose the youth of Diepsloot to the sport of mountain biking, to enhance their education through Mathematics and English tutoring, and to impart life skills into a community that is in desperate need of positive social and economic development.

The project offers the children opportunities to participate in recreational and competitive sporting activities, thereby enhancing their sense of self-belief and self-respect.

For every stage of the 2014 Absa Cape Epic that Liezel successfully completes, Absa will donate a sum to the non-profit organisation. By partnering with the DMTBA and walking this road together with them, the fundraising initiatives of Team Absa 2014 will bring hope to the community of Diepsloot and empower the next generation with the skills they need to prosper.

Click here for more information on the Absa Cape Epic, which takes place from 23 – 30 March 20. Follow Liezel on Twitter, and use the #TeamAbsa2014 tag to support the celeb team’s efforts to raise money for the Diepsloot Mountain Bike Academy. 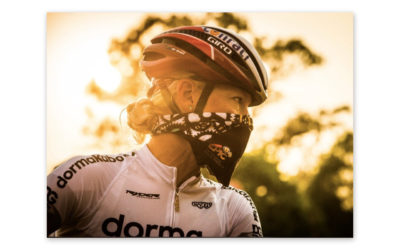 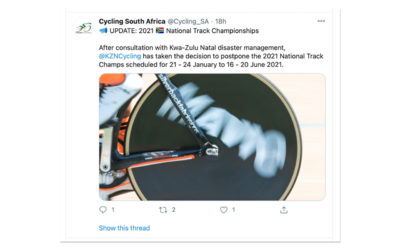