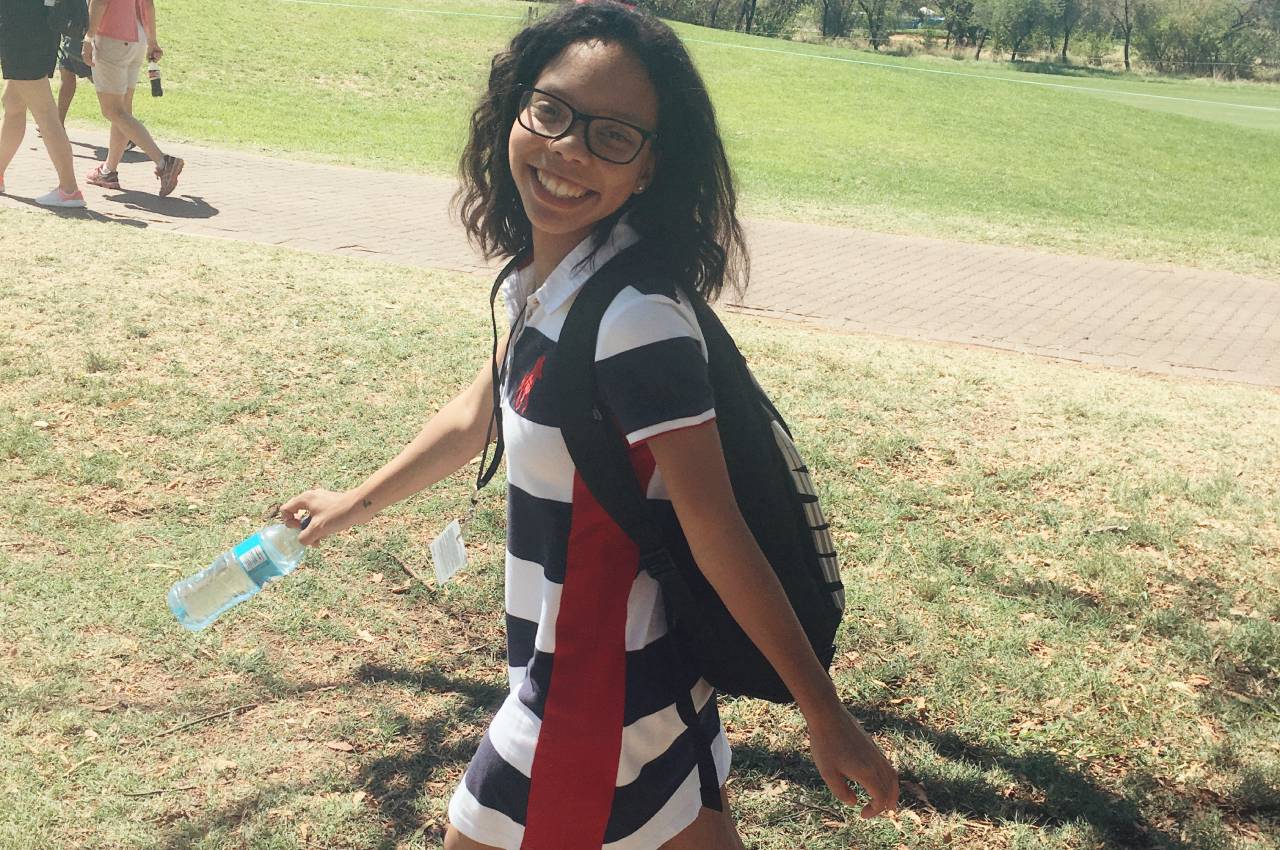 Lynn Butler: From Commenting on Every CSA Post to the Press Box

At a very young age, Sport24 scribe Lynn Butler is inking her way to be one of South Africa’s most credible reporters. Her career is steadily growing, evidenced by her latest nod which comes from gsport. Lynn is one of the finalists of the Momentum gsport Awards in the Women in Print category.

Up against multi-gsport-award winning Busisiwe Mokwena and veteran of the game Marizanne Kok, Butler sure does hold her own. Her obsession with the Proteas growing up prompted the people around to advise her to study Journalism. The 25-year-old would comment on every Cricket South Africa post unaware that in the not-so-distant future, she’d be in the media box writing about the game she dearly loves.

Unfortunately, the tale is the same, from the playing field to the press box, being a woman in sport comes with its unwarranted struggles. The petit Butler has to navigate a male dominated industry and it goes without saying that in those spaces a women’s capabilities are constantly questioned, let alone one that is always mistaken for a High School student.

During this women’s month Lynn has produced a women’s month feature interviewing Mignon du Preez, Janine van Wyk and Bongi Msomi, a body of work she is most proud of.

Lonwabo Nkohla had a chat with the dynamite with a big love for cricket.

Congratulations on being chosen as a finalist! Where were you when you found out that you are gsport15 finalist?

It’s a weird story, so a few days back Kass messaged me to say I am in discussion to be a finalist. I honestly never thought I’d ‘make the cut’. So Saturday morning, I was on the Sport24 desk, working my AM shift and got sent the press release for the gsports awards list. I uploaded the article and while I was subbing it, I saw my name and just kind of froze and smiled.

Let’s take it back a bit. How did you get into the sometimes unforgiving path that is sport journalism?

When deciding on a career, I knew I wanted to do something in cricket as I was pretty obsessed with the Proteas growing up (I used to comment on every single Cricket South Africa post) it was quite bad! After High School, my family suggested that I go into journalism as it became a way for me to be close to the game. Honestly, I would not be where I am today had it not been for my many selfless friends, colleagues and peers. I am truly blessed to be at such an amazing company and really love what I do!

Can you give us a sneak peek into your creative process, what’s a day in the life of Lynn?

Not anything special, my day usually starts at 8. Pre-lockdown I’ll be in the office but now I’m working from home. Usually, when I start an article, I would make me a cup of tea and either put some jazz music on or listen to some sport in the background. Things get pretty stressful sometimes, especially when you’re handling breaking news, I would usually just take a deep breath and say, ‘C’mon Lynn!’ to wake myself up.

What are some of the challenges faced by women in Print?

I don’t think a lot of male journalists understand how hard it is to be a female sportswriter. You constantly have to prove yourself and it’s mentally draining sometimes. I’ve been at Sport24 since 2016, I’m still the youngest member and only female around 9 guys, it’s pretty intimidating sometimes. I’m quite short and when I meet someone new they usually assume I’m in high school, although I’m 25. When I first stepped foot in a press room, some people found it pretty hard to believe that I’m a journalist. Obviously now most people know me and it’s nice to see more women in the press box.

If you were tasked to cover only one sport, which one would you choose and why?

Cricket will always be my first love and only. Although I’ve become pretty obsessed with golf, cricket is something that’s always close to my heart.

Which would you say is your one body of work you’re most proud of?

Actually this week, I’ve been working on a women’s month feature for News24’s new subscription service. I interviewed Mignon du Preez, Janine van Wyk and Bongi Msomi. It was pretty fun writing about women in sport and I do definitely want to do more. If I go back, I think when I went to the 2019 Nedbank Golf Challenge in Sun City. I went all by myself and I learnt so much. It was really challenging but I enjoyed it so much and will never forget every second of it.

If you were to author a book by one woman in sport, who would it be and why?

I’ll definitely speak about my journey. Although it’s not exciting, I’ll like to share my experiences and talk about all the struggles I’ve faced – although I’m still too young and have more to do and achieve.

Talk to us about the importance of writing more about marginalized groups, like women.

It’s very important! I’m very particular when it comes to writing about a sportswoman, I want to make sure that we are praising her or the team, lifting them up despite the losses or challenges because I want them to never give up. It’s so inspiring to see women excel in sport, it really is something that’s close to my heart.

Your advice to younger women that would like to go into Journalism?

It’s a rough journey but it’s so rewarding. There’s nothing better than people appreciating what you do and your work. I realised that every article I publish makes a difference, big or small, it does. It’s a big responsibility but it’s something that everyone can accomplish.

Photo 1 Caption: At a very young age, Sport24 scribe Lynn Butler is inking her way to be one of South Africa’s most credible reporters. Her career is steadily growing, evidenced by her latest nod which comes from gsport. Lynn is one of the finalists of the Momentum gsport Awards in the Women in Print category. Photo: Supplied