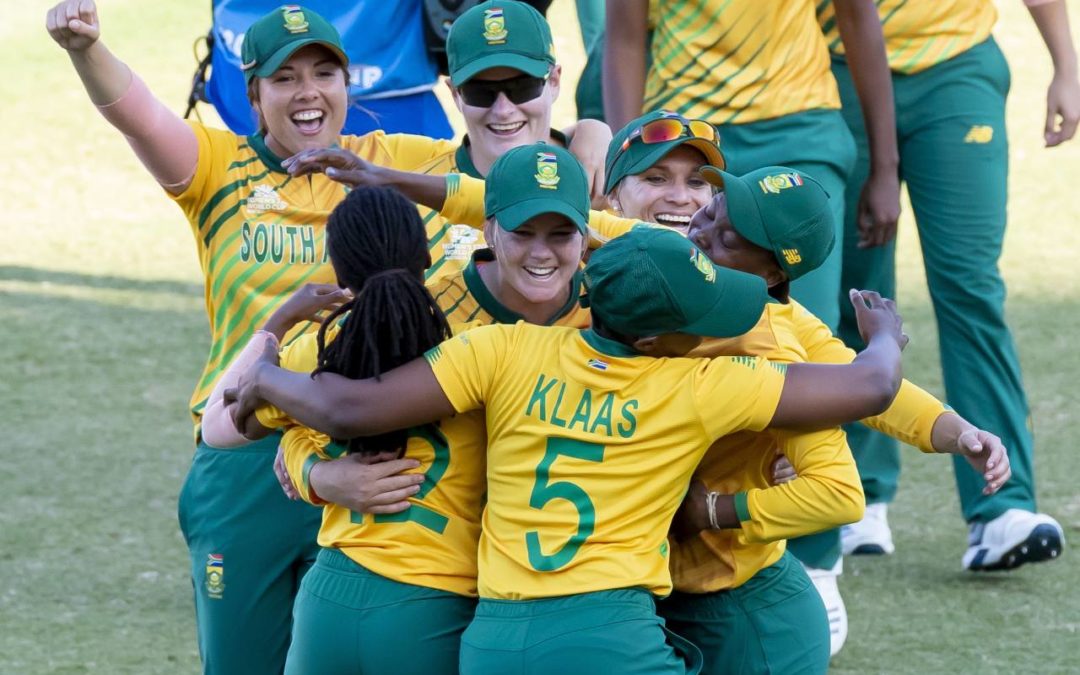 The Momentum Proteas have a tough battle looming against the SPAR Proteas and Banyana Banyana in the Momentum gsport Awards Team of the Year category on the 31st of August. This following a memorable start to 2020, that saw them record their first ever win against England in a major ICC tournament, in the opening game of the T20 Cricket World Cup in February.

Hilton Moreeng’s team, seeking to book a spot in the final, bowed out in the semi-finals of that global showpiece. Victory would’ve seen South Africa in general (men or women’s side) qualify for their first-ever World Cup final at a senior ICC World Cup.

That heart-breaking defeat to the eventual winners and hosts, Australia has since become the Proteas last big ticket match after COVID-19 brought sport to a grinding halt in March.

Interest in the Momentum Proteas continues to grow. That is evidenced by the progression in audience numbers in two years. When South Africa played England in a group match at the 2018 Women’s T20 World Cup in the Caribbean, it was the competition’s highest watched match by a South African audience, with an average of 25 000 viewers. That number now sits at 39 000, a handsome jump of 56% for the rain-interrupted nail-biter early this year.

A pleasant in a country and world where men’s cricket enjoys a lot more support.

Cricket South Africa’s Cricket Services manager, Eddie Khoza does not shy away from speaking about gender parity. Conversations taking place globally left their mark on CSA. Accordingly, there has been a substantial increase in the value of the contracts offered over the years. But, it was the follow-through in 2018, when the Momentum Proteas were co-signed as part of the federation’s Memorandum of Understanding with the SA Cricketers’ Association that got the team on the front foot. “They actually started getting more significant salaries and all that, which allowed them to make this a proper career for themselves.” Khoza believes the professionalising of the game has helped attract more young players into the women’s set-up.

Coupled strongly with the lack of resources is the struggle for sponsorship. Here, the involvement of Momentum has been invaluable. Khoza says the return of the financial services company was not just about what they could offer from a cricketing point of view, players now have access to financial advice, medical aid, and insurance.

Ideally, strengthening systems in which women operate also means there is a transition plan at management level. “We want to be the first to make sure that the entire management team is also female, but not just by ticking the boxes, because we started the process with them already at provincial level,” Khoza says, detailing plans for the future.

Whatever that future ends up looking like, for now, the Momentum Proteas are eyeing the recently-postponed ICC Women’s Cricket World Cup. As in previous years, there has been a bold declaration of the intention to lift the ultimate prize.

For now though, Dane van Niekerk’s side has their sights on a trip to England in September.

Photo 1 Caption: The Momentum Proteas team pictured celebrating during a match. The Hilton Moreeng-led side are up against the SPAR Proteas and Banyana Banyana for the Team of the Year accolade at the 2020 Momentum gsport Awards. Photo: Supplied