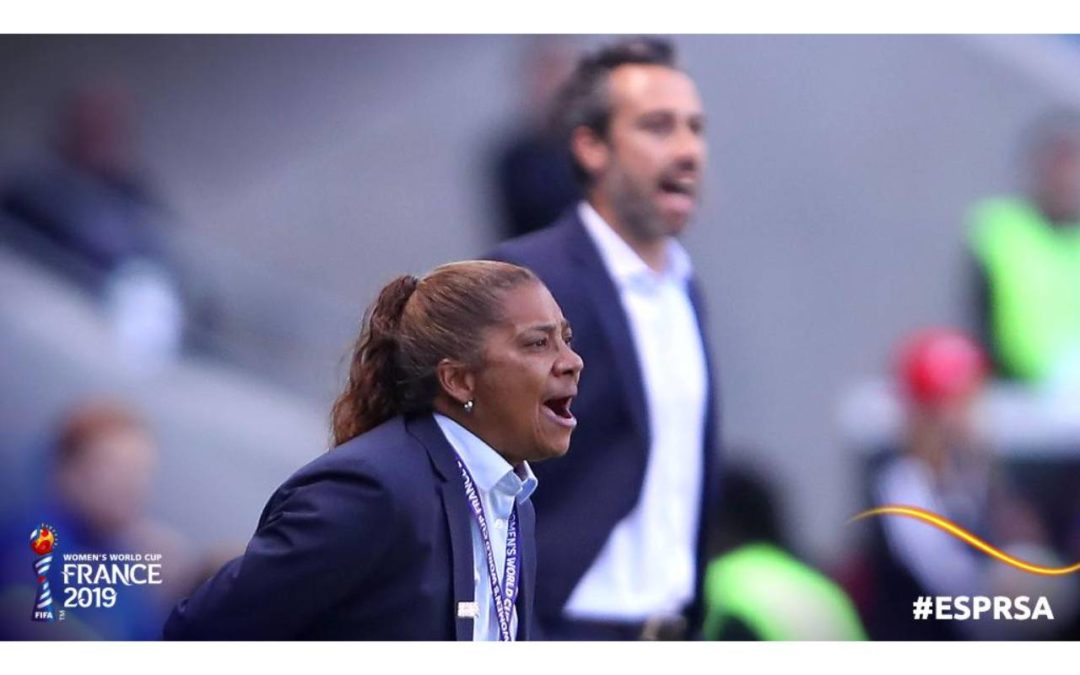 Banyana Banyana head coach Desiree Ellis admits that never in her wildest dreams did she imagine that she would achieve all she has as player and coach in football.

The 2009 gsport Hall of Famer is up for the Coach of the Year accolade at the 15th edition of the Momentum gsport Awards. The nomination comes as reward for yet another stellar year for the mentor of the women’s national team.

Banyana qualified for their maiden FIFA Women’s World Cup at the 2019 edition hosted in France and later went on to earn a hat-trick of COSAFA Women’s Cup titles.  To top it off, in January 2020, Ellis was named CAF’s Women’s Coach of the Year for a second year in a row.

She is up against SPAR Proteas coach, Dorette Badenhorst and Cricket South Africa National Women’s Academy and U19 coach, Dinesha Devnarain for the prestigious accolade.

Reflecting on her nomination, Ellis admits that it’s not just the recognition of her individual work but it comes on the back of the hard yards put in by her technical, medical and support staff.

What is Ellis still aiming to achieve in her coaching career? Tholakele Mnganga finds out!

Congratulations on being a finalist for the 2020 Momentum gsport Awards! What does it mean to you to be celebrated for your achievements?

I’m not someone who measures themselves by awards. For me, I love what I do. We have this ethic where we talk about teamwork, and ‘together we are strong’. Being rewarded is the effort of the players and we say that if the team does well, the individual stands out. I’m fortunate that I’m one of the individuals. We don’t say no to those awards and rewards because it says we are on the right track. For that I am extremely blessed and grateful.

Does such recognition help showcase the strides women have made in the sport, especially when you consider your fellow finalists have reached the later stages of international competitions?

It’s amazing how far netball has come, how far cricket has come. By what we do, as football and netball, we inspire each other and through that we want to do just as well as the other teams are doing.

What is the message you hope women who come after you grasp from your success?

Everybody puts that building block in and the players that come before, when we qualified for the World Cup, it was their dream as well, that was finally realised. For the next generation to come, it’s something they can look forward to because now they’ve seen the standards. They must raise the flag even higher.

All I wanted to do was play, coaching was the furthest from my mind! It was the restart of my Banyana career, being assistant and then acting coach, then head coach.

“I remember dreaming playing for the national team. Our late president, Nelson Mandela, got released and so many years down the line it was just a dream.” – Ellis on the late Nelson Mandela’s release from prison which changed the lives on many non-white South African citizens.

I remember dreaming playing for the national team. Our late president, Nelson Mandela, got released and so many years down the line it was just a dream. And now I can say I’ve been to a World Cup and I’ve been to the Olympics. I never thought that was possible for so long.

Looking at Banyana, you’ve seen so many of your players secure European moves over the last month, what does their success mean to you?

It’s amazing! We always knew we had talent in this country and it just needed a little more exposure and going to the World Cup has given us a stamp of approval because now our players are being scouted. They deserve it because you have no idea, the work and effort they put in behind the scenes. This is their dreams being realised.

The women’s game in the country has been on pause for a few months now, the SAFA National Women’s League was decided in the board room while the next season will only start on level 1, how disheartening has this new reality been for you?

They are just taking precautions. They are taking directions from FIFA and CAF and the most important thing is our health. Football is second place. I stay in contact with coaches, players and staff, to keep them motivated and training. We must make sure that when we are ready to go out and play, we were not far behind.

How is the league looking to deal with the financial pinch?

We just have to hang in there and continue doing what we do best and hopefully attract more sponsors. We’ve said in the past that Sasol have been fantastic. Going to two Olympics and a World Cup, back then I don’t think anybody expected that. We and Sasol are always urging more corporates to come on board, because without them we won’t have the necessary resources to do what we want to achieve.

Everybody talks about a new normal and hopefully sponsors will come on board then. But we have also got to brand ourselves better. Put ourselves out there and make sure we are not forgotten. That’s not just only us but everyone, especially women in sport.

What more is in store for you as a coach? Are there other teams/nations you are interested in coaching?

I have unfinished business with Banyana. Going back to the 2023 World, and doing well there is one thing we have to work towards and trying to win our first women’s AFCON – we came very close previously and I know the format has changed because there are 12 countries (for the 2022 edition) so it will be more challenging and difficult. But if we plan similar or prepare better, we have a chance… we can win it.