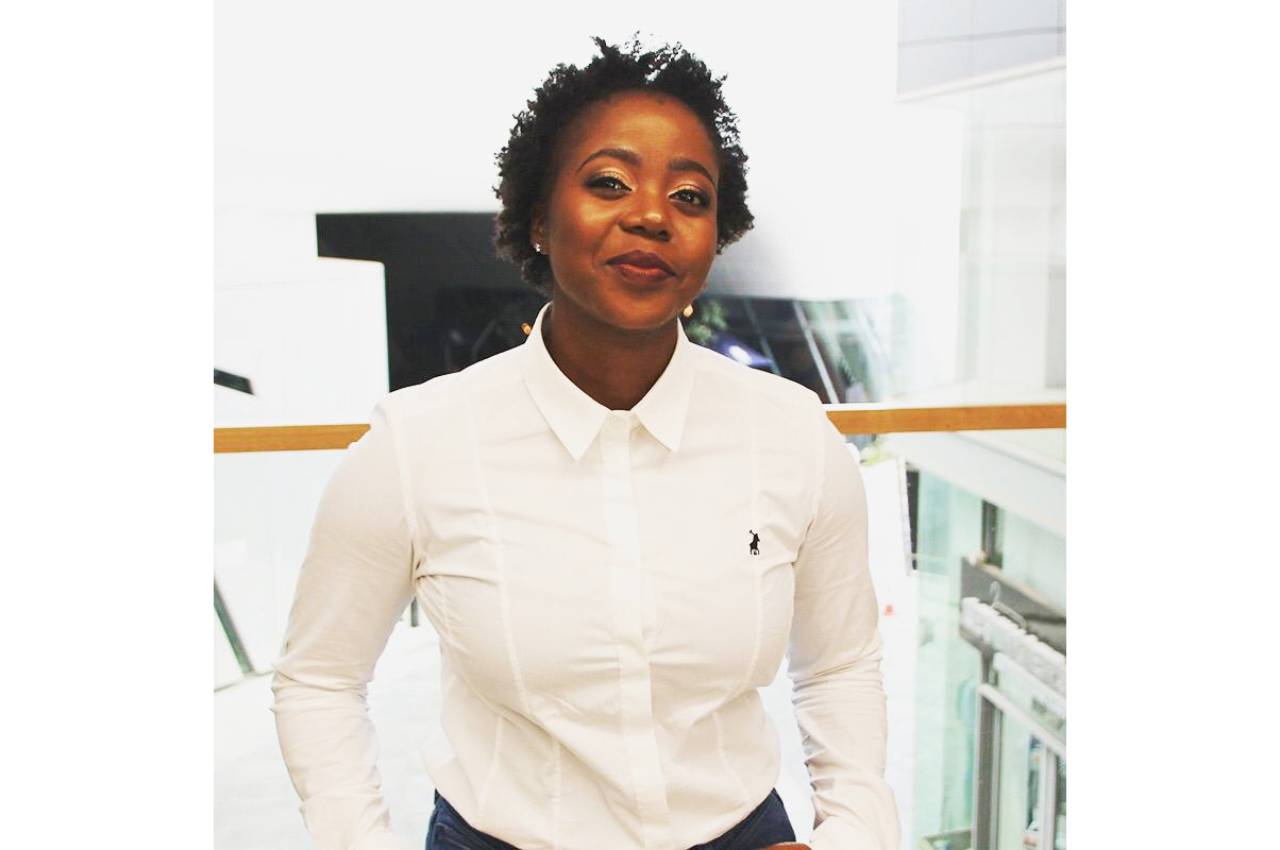 If you have not heard the name Busisiwe Mokwena in sports journalist circles, you have been living under a rock.

She is a multiple award-winning journalist and spent the last decade covering various sports in South Africa, but nothing lights her eyes up more than the beautiful game; football. Besides writing, this young journalist has been handling the sporting front at Kaya FM as an anchor.

Speaking to her you cannot help but be in awe of her work ethic, her passion for women’s sport and her “wordsmithery”.

Mokwena walked away with the gsport Women in Print award in 2014 and since then, she has graced the gsport stage several times. Although the nomination has come as a surprise, she is incredibly grateful and honoured that her work is reaching the right audiences and that she has been given the gift of storytelling.

Congratulations on your nomination! As a former multiple gsport award winner, how does it feel to be nominated in the Woman in Print category at the 2020 Momentum gsport awards?

Thank you! I was very surprised, and I wasn’t expecting it. I know I have been writing really good articles for New Frame but the nomination in this category came as a surprise to me and I am really honoured. I love this category very much because I love writing, and not only does it give me a chance to tell stories about athletes, but it also gives me a chance to keep sane.

It also shows that the stories I am writing are reaching the audiences it needs to reach, and more people are touched by the stories I am telling. I am enjoying feature writing a lot more than the news articles I used to do so yes, this is a big high-five to me.

You were the official team reporter for the 2019 FIFA Women’s World Cup. Tell us about the experience, lessons learned and a Paris must-see?

Another lesson I learned was relationships and relationship building. This is a lesson I learned quite early in my career, but it was emphasized heavily during my stint in France. Relationships need to be nurtured and you must have a large network of influential people. From those people you learn so much and they can also assist you in other areas of your career. But yes, the biggest lesson is definitely how we approach women’s football in South Africa. We need to invest and nurture our talent.

Unfortunately, I did not get to experience Paris while I was there, and I think this is something I should change. But the thing is, when I am traveling for work, I focus on work! I did however see the Eiffel Tower with the team but again, it was for work because we were doing some projects with FIFA TV as well.

When and where did your love for the beautiful game start?

My love for football started when I was still in Primary School. My friend and I used to play football during break time at school. Also, the aftermath of the 1996 AFCON tournament had a big influence on me and where I fell in love with the sport. More importantly, I grew up in a family where football was part of the family culture. My dad was a huge Orlando Pirates fans, my brothers are Kaizer Chiefs fans, so through that I fell in love with the sport. I really can’t pin-point one occasion but rather a string of occasions where my love for football developed.

Who was the teacher/mentor that made the impact on you that set you on your present path?

There are three teachers. My English teachers, Mr Themba Phathakge and Mr Mampane. Mr Phathakge taught me English Literature from Grade 11 to Grade 12. He had a big impact on me because he was also the head of the poetry club at school. It was not only poetry in class but also after school, and he taught us how to write poetry. Mr Mampane had a big influence on me as well especially when it came to language and grammar. He was quite hard on me and today, I am reaping the rewards and I can understand why he was so hard on me. And finally, my isiZulu First Language teacher and athletics coach, Mr Vusi Tolo. I was on the athletics team and if I ever skipped training, he would ask in front of the entire isiZulu class why I was not at training. He really instilled discipline in me which has helped me immensely in my career and how I go about doing my work.

The toughest interview you have ever conducted in your career?

One interview that springs to mind is my interview with Zambian footballer, Racheal Nachula. She is also a former sprinter. When I interviewed her, it was around the time when the IAAF had ruled that Caster (Semenya) and other athletes like her, may not participate in the shorter distances any longer. They would have to race the longer distances (which they weren’t accustomed to). Racheal and Caster are similar so when I asked her about it, it was tricky because I had to be sensitive about it and do my best to not offend. You really must choose your words wisely because once you offend, you can burn a bridge with an athlete or a coach, and you won’t get the interview you needed.

With the print industry facing it’s inevitable challenges, what would you say is the most fulfilling  part of print journalism and why should more women put their hand up to write stories about women sports leaders and trail blazers?

“I like to go back to the days when I just started out in my career. I did not have a car and I had to make use of public transport to get to and from work. Sitting in a taxi and the passenger next to you is reading a newspaper, and it is your name in the by-line. They are really MY story and they are debating the article with whoever else is with them about the story you wrote.” – Mokwena on her early days in the print industry.

You know, I like to go back to the days when I just started out in my career. I did not have a car and I had to make use of public transport to get to and from work. Sitting in a taxi and the passenger next to you is reading a newspaper, and it is your name in the by-line. They are really MY story and they are debating the article with whoever else is with them about the story you wrote, and they don’t know that the person who wrote this story is sitting right next to them. I love print because mostly it focuses on the story and not the person who wrote the story. All attention is on the subject matter. I am just a by-line and the star of the show is the feature I wrote. I think that is the main reason I love print; it gives you anonymity.

You are up against some tough competition this year with both Lynn Butler and Marizanne Kok, strong writers in their respective fields. What sets you apart from your peers?

The one thing that sets me apart from my fellow nominees, and many others in the industry though, is my work ethic. The work I put into the stories I do is what sets me apart from the rest. I also have versatility by being in both print and radio, and I am grateful that I am able to do both.

gsport has grown and gained momentum (pun intended) over the years. How would you use being the recipient of this award to influence others and how would it impact your career?

Winning the award this year would be a great opportunity to reach out to more young people and influence them in a positive way. I want to teach them that being a sports print journalist is not about appearances but it’s about the stories you tell and the way you tell them.

How has gsport contributed to your career?

I think my career has really grown from that first award I won in 2014. Not many people knew who I was then, but the award has further launched me into the various facets of my career and opened doors that might have previously not been opened.

For the young girls out there who are keen to start writing but don’t know where to start, do you have any advice for them?

You must forget about yourself and just focus on the story and the execution thereof. There is space for young women to come into the industry but they must also remember that they are not the story. The story is the athlete, the federation, the coach; and when you focus on the subject (and not yourself), people will remember your name and follow your career.