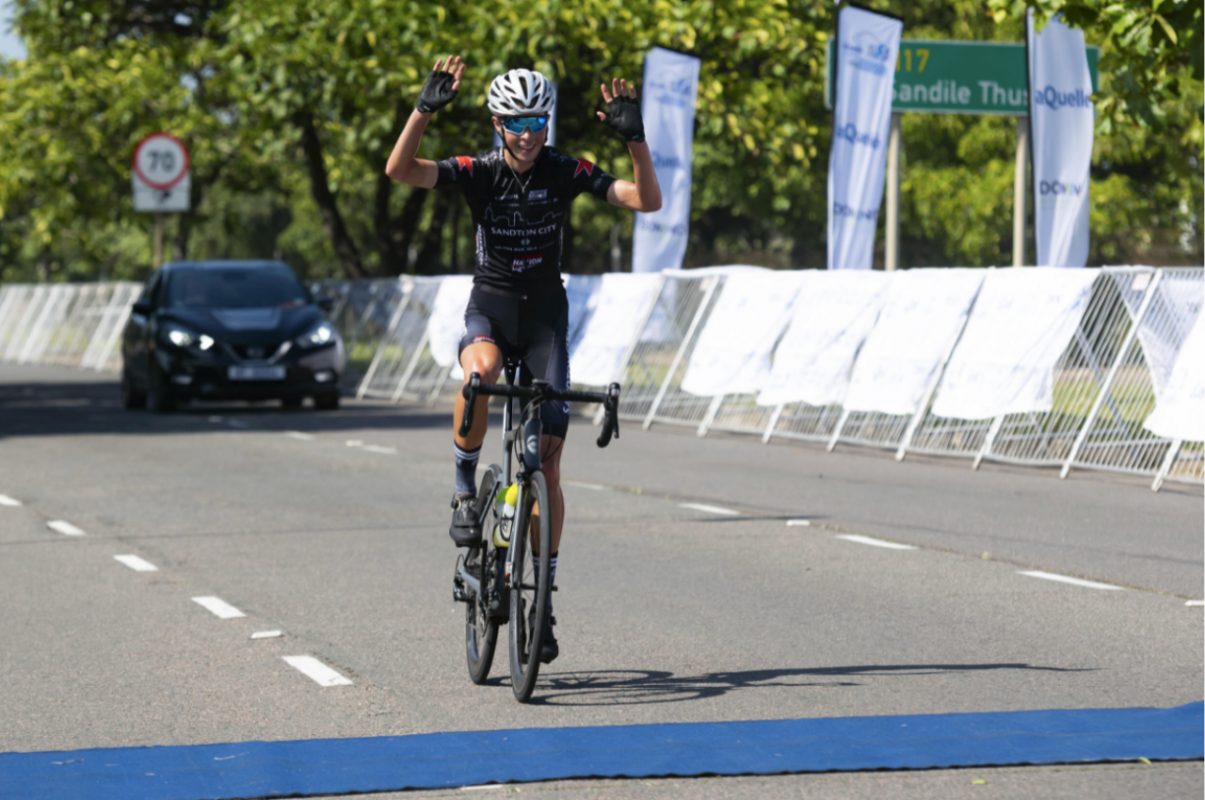 In the end, le Roux took her chance to get away alone, with some distance still to ride into the finish.

“On the last lap, with the tailwind, the three of us were all trying to attack,” she said.

“I didn’t plan it that way but I looked around and saw S’annara (Grove)’s head go down and I decided to push.

“After a while I looked back again and they were both gone so I had to keep on pushing on my own. I am very happy I got that,” she added.

“There was a lot of attacking in the bunch, especially into the wind in the hills approaching the turn point. We were going hard and we were hardly doing thirty kays an hour. The wind was terrible!” she added.