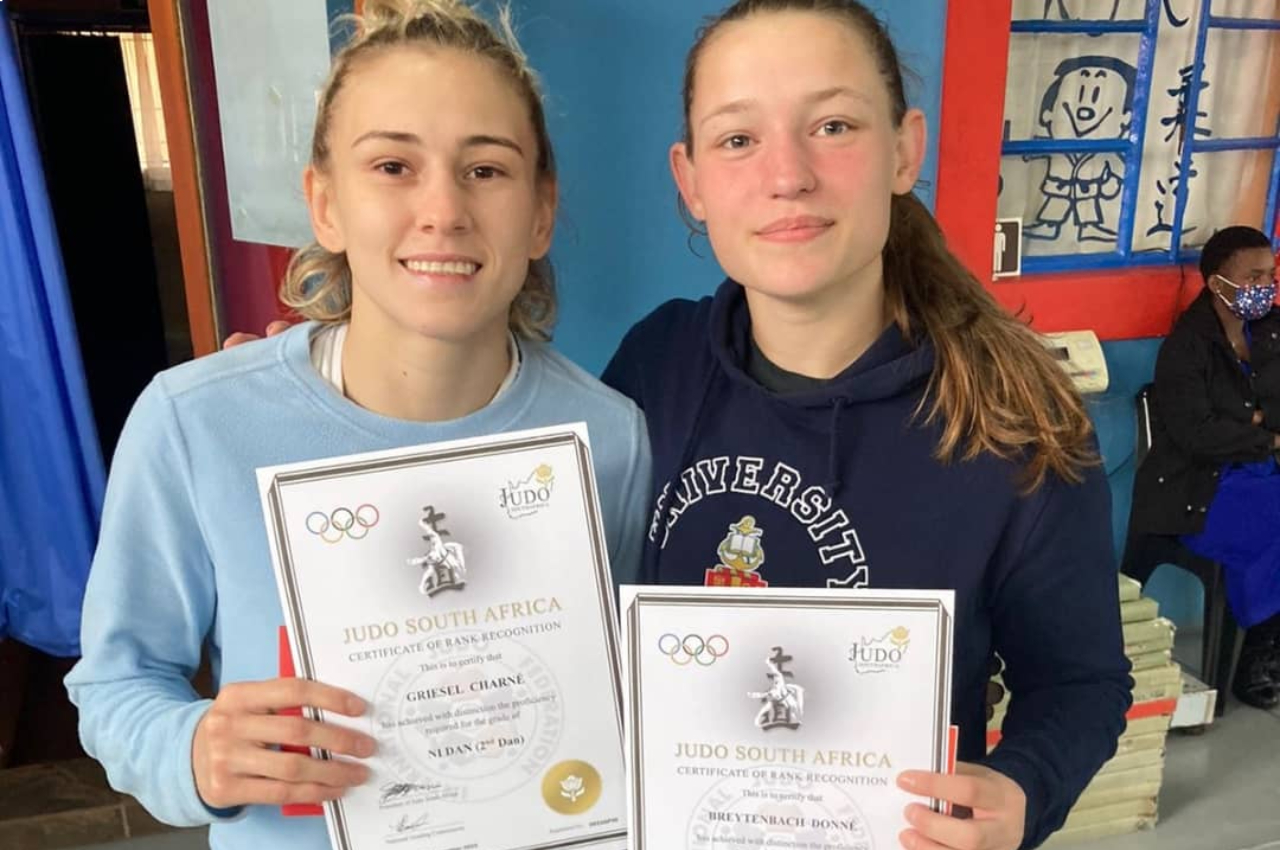 Rising South African judoka, Donne Breytenbach, has earned her 2nd Dan Black Belt (Nidan) after her incredible achievements over the past few months to improve her grading.

Since attaining her black belt in 2019, it has been Breytenbach’s desire to attempt her 2nd Dan grading which tends to be more physical – including nage no kata and katame no kata along with various techniques.

With the guidance of Sensi Gert Gouwe, Breytenbach received positive feedback from the examining panel, which she reveals was a tough task to achieve.

“Dan grading’s are exceptionally difficult and require an immense amount of focus and effort. Heading to the Dan grading system all that I did was train and worked hard to perfect my katame no kata, luckily I didn’t have to do the nage no kata because of the silver medal I won at the African Championship,” revealed Breytenbach to gsport.