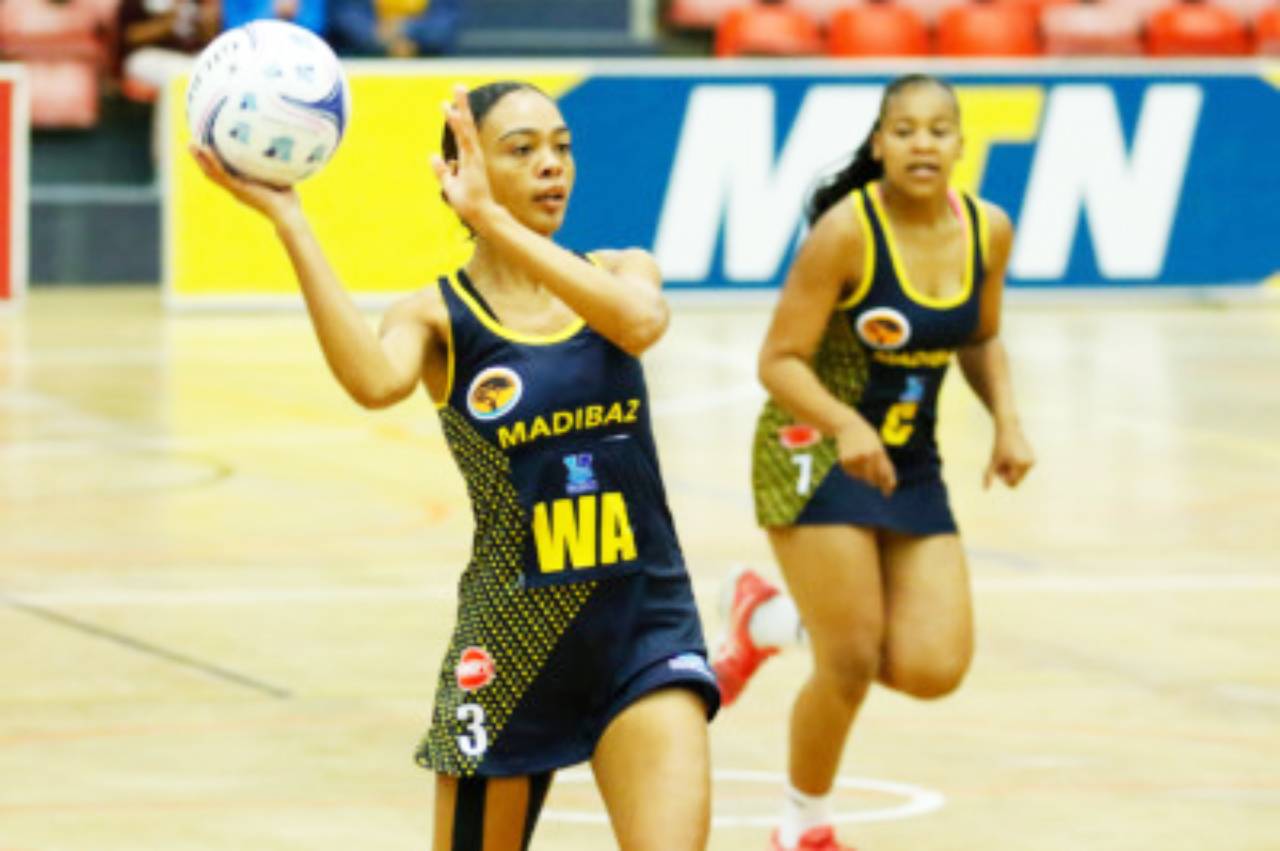 After an exciting season in 2018, the Madibaz looked to continue their fine form in their first game against UJ, who are being coached by current Proteas captain Bongiwe Msomi.

Madibaz seemed to kick off from where they left last year, starting strong against the side from Johannesburg scoring five unanswered points between Jody Vorster and Bianca Blom, before UJ registered their first point. The first quarter ended 10 – 7 in favour of the home team. Both teams looked strong on attack, but Madibaz did well to register a high interception number in centre court, winning the 50/50 battles.

The second quarter started strongly for the home side, using the momentum of the first quarter to extend that lead to 12 points going into half-time. The two wing attacks Siphosethu Kilani for Madibaz and Kaylin Pienaar for UJ, running the centre court and attacks for both teams, using their speed in passes and footwork off the ball to run the attacks. The difference being the defence of home captain and MTN Interceptor of the Match Jeanie Steyn and FNB Player of the Match Hlumisa Sithonga, standing strong together against the UJ attack.

Half-time was a continuation of domination from the NMU attack, Jody Vorster showing fine form, slotting the points home for Madibaz. The precision and speed in the passing from Madibaz showed a huge difference between the two sides. The confidence was high for Madibaz, taking their Powerplay in the third quarter and making the most of it to extend their lead to 21 points.

This lead also allowed Madibaz to make some changes and give new faces an opportunity, with Dillian Pienaar looking exciting, making interceptions and holding onto those tough passes. The third quarter ended 35 – 17 to the home side.

The fourth quarter would be a test of fatigue, but was much of the same, with Madibaz scoring points regularly and playing freely. Seeking that opening game bonus point, Jody Vorster almost single-handedly achieving it for the home side. The final Powerplay was taken in the final moments of the game and the Madibaz ladies managed to cross the half century mark in the dying seconds of the game from Bianca Blom and earn themselves an opening day bonus point win.

The opening game for these two teams was a physical one, with Madibaz pulling through to open their 2019 Varsity Cup account strongly. Good signs from junior Proteas player and Wimpy Moment Maker, Jami-Leigh Goeda and goal scoring machine for the night, Jody Vorster. Confidence will be sky high going into the next round of matches on the 2 September against Tuks in Stellenbosch.

Photo 1 Caption: Madibaz Wing Attack, Jamie-Leigh Goeda walked away with the Wimpy Moment Maker award for her outstanding performance against UJ in their first match of the Varsity Netball season. Photo: Supplied