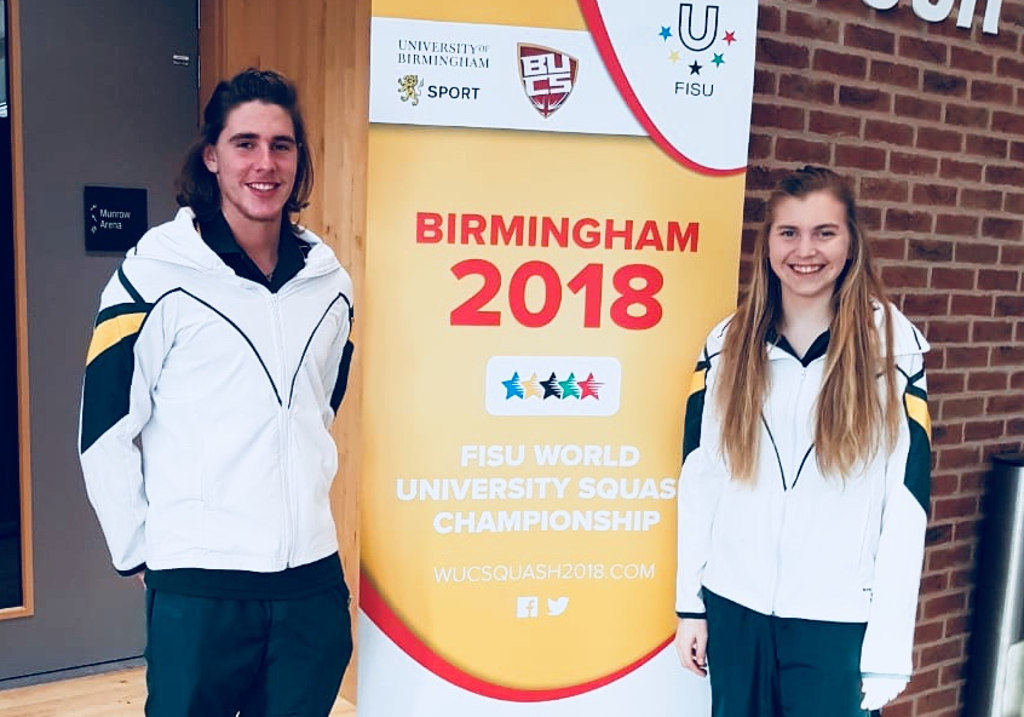 Madibaz player Hayley Ward relished the opportunity to further her promising squash career after ending seventh in the World University Championships in England earlier this month.

The 20-year-old accounting student was a member of the South African team which played in the individual and team events in Birmingham. SA finished sixth in the team competition.

Realising that she would be up against strong opposition, Ward said she didn’t place too much pressure on herself going into the event.

“Some of the other student players are the best in their country, so I really didn’t expect too much,” she said.

“I went in with the attitude of doing the best I possibly could as I was just happy to have made the team in the first place.”

Although she knew the competition would be stiff, Ward said it was probably an advantage that she didn’t know that much about her rivals.

“I think that was a good thing as you didn’t get psyched out before you even were on court,” she added.

The Madibaz player, who won the EP Closed earlier this year, showed her resilience by winning her first match in five games, against Sum Yin Li of Hong Kong.

She followed that up by defeating New Zealand’s Eleanor Epke, seeded 5-8, in the next round, also in five games.

“To beat a seeded player to go through to the quarters was a special memory,” said Ward.

“Another highlight was playing my final individual match on the full glass court, which was an amazing experience all on its own.”

She added that just being part of the national team and supporting the other players made it a tournament to remember.

“Overall, it was an amazing experience and I am so happy I got to go with a great bunch of teammates and managers who made the trip even more special.”

This was Ward’s first appearance at the world university event and she was able to absorb a number of lessons during the competition.

“It provides a chance for you to see how players from around the world approach the game and how it differs from us.

“I also got to watch some of the top players, especially in the men’s category where you had a player ranked as high as number 25 [Yip Tsz Fung of Hong Kong] in the world.”

She added that a difference in the height of the front wall tin was also an enlightening experience.

“The tin was 17 inches high, in comparison to the normal 19 inches we have in SA. That means you have to stand forward more and have to be prepared to move quickly to the front.

“Also we played on the glass court and ASB courts, as opposed to our brick walls, so that differs quite a bit.”

Overall, she said she was able to adapt reasonably well.

“We were lucky to have training before the competition started and our coach, Mike Bester, did some drills and feeding, as well as giving us some valuable tips.”