It’s not often that a former beauty queen is able to shed
that pageant image and prove successful in other fields, but that’s exactly
what gorgeous former Durbanite Sorisha Naidoo has managed to do, without losing
any of her style, elegance, and glamour.

Sorisha won Miss India South Africa back in 2001, which she
ranks as one of the highlights in her life, but that was just the beginning for
this head strong and ambitious young woman, who majored in television at Rhodes University
and devoted most of her varsity days to Rhodes Music Radio.

In July 2005, having already made her name on mainstream
radio as an evening talk show host on East Coast Radio (ECR), Sorisha moved
into the ECR hot seat as co-anchor to Alan Khan on the Bokomo Big Breakfast Show.

At the same time, she landed a plum role on SABC1’s 13-part
drama series Home Affairs, having
previously presented the Big Brand Bonanza
Show and Nightlife.

Glamorous
Sorisha, who plays Nadia Narain on the e.tv’s popular drama, Scandal,
has dreamt of being an actress since she was a child.


In July 2006, Sorisha bit the bullet and moved to Joburg to
take over the 12-3pm slot on Highveld Stereo from Tové Kane. At the end of
April 2007, this talented go-getter left the permanent employ of Highveld
Stereo to take up a mouthwatering role on e.tv’s popular drama series, Scandal, as Nadia Narain, where she
continues to indulge in her childhood passion for acting.

Aside from her acting career, Sorisha is also a presenter on
the Indian lifestyle show, Eastern
Mosaic, and continues to freelance for Highveld Stereo, while running a
cosmetic business, too. It seems an almost impossible life to juggle, but she puts
her career success down to persistence, taking everything with a pinch of salt.

Seven years after winning Miss India South Africa, Sorisha
has a thriving career in media and entertainment as an actress, TV presenter,
and radio personality, and she continues to turn heads with her classic style.

This slender beauty keeps fit by working out with a
personal trainer three times a week and she is a sports fan, too, enjoying
cricket, soccer, and ice skating.

Some may say she has the perfect package, beauty and
brains! We also admire her vibrant personality and her passion for life,

Sorisha, you’ve come a long way
since Miss India South Africa.
How have you been enjoying your journey in media and entertainment?

The journey has been amazing and every bit as exciting as I
thought it would be, the industry has definitely lived up to my expectations.

What was your background prior to
winning Miss India South Africa?

I studied and majored in television at Rhodes University
I also devoted much of my time to RMR (Rhodes Music Radio). Miss India South Africa
was never top of mind or any pageant for that matter.

Sorisha, who first hit the spotlight when she won Miss India South Africa back in 2001, is a Rhodes University Graduate.


What do you attribute to your
success in this tough industry?

I think it would have to persistence, if I gave up on
the first try, I would not be in the industry, that, and having a passion for it,
there’s also loads of criticism and comments, you just need to take everything
with a pinch of salt.

What are your current projects and
what do you enjoy most about them?

My Current projects include Scandal, eastern Mosaic and
freelancing for Highveld Stereo, I also have a business on the side (importing
cosmetics from the US).

How are you enjoying your role as
Nadia on etv’s Scandal?

Nadia is lovely, she is quirky, clumsy, endearing and is
currently hopelessly in love and wears her heart on her sleeve, she has grown
on me and I do have the occasional clumsy moment which my cast is quick to
remind me about.

What have been some of your biggest
career highlights to date?

As much as Sorisha loves TV, she doesn’t see herself giving up radio anytime soon.


What is your personal style and how
has it evolved over the years?

My personal style would be beautiful beaded tops on a smart
pair of jeans with elegant pumps to match.

What is your favourite item of
clothing and why?

It would have to be my "Black Juicy Tracksuit"
because I saved for ages to get.

What is always in your handbag?

Always two
shades of lipsticks (day and evening), my wallet, hand serum, spare phone
charger, my phone, Mac compact, mirror, mints, tiny diary and a pen and
tissues, midnight blue eye pencil, colourless gloss and for some reason there
is always loose change at the bottom of my bag.

What are your favourite accessories?

Where do you enjoy shopping for
clothes?

Who are your favourite shopping companions and
why?

Dawn
Matthews, Dawn Spencer, Nthati Moshesh, Diksha Dhupelia, Neil Tapinos (nothing
beats shopping with a gay guy…the brutal honesty always helps) and my
sister Jashira Naidoo, all of them are honest and patient…I know I am never
going to look like a fool.

Who are your favourite designers,
both local and international?

Sorisha
seen her in a scene from Scandal. One of her favourite ensembles is a
pair of Jeans teamed with a beaded top with elegant pumps to match.


What is your style advice to women
who are struggling to find their groove?

Decide what you feel comfortable and sexy in (it does not
have to be skimpy to be sexy), maybe also get advice on your body type, so you
know what styles would flatter you the most.

Who are your style icons and what
do you admire about them?

Keira Knightley and Eva Longoria, their choices have the
right blend of sexy versus classic elegance.

Tell us more about your beauty routine?

I am a die
hard cleanse, tone and moisturise fan, I use my own range, a sunscreen (
normally 30-40 SPF) is also high priority, without it we’re inviting
pigmentation and sun damage, I have also most recently given up all dairy
products and bread and my skin has stopped breaking out.

Sorisha
has a dedicated beauty routine. She also recently gave up dairy
products and bread and her skin has stopped breaking out.

I have a personal trainer and spend an hour with her three
times a week, she is amazing.

What is your favourite spectator
sport?

Cricket, Soccer and Ice Skating…I spent two years living
in India so in our dorms during a cricket match between India and SA it was always
me against the rest of the res.

Who are your favourite sports
stars?

What are your favourite travel destinations and what
do you enjoy about them?

India- I
lived there for two years and it’s always great to re-visit…and being
vegetarian… the food is out of this world, also love Zambia and Mauritius
for it’s simplicity and warmth….normally the malls are quite a distance so
there are no distractions except to relax…but then again Dubai has become my shopping destination…I
could camp out in the airport alone.

gsport strives to celebrate
femininity. What role does it play in your
life?

I think it would have to be the little touches, everything
from being compassionate, to the once a month pamper session, fromoogling at
puppies, babies and soft toys and just celebrating being a beautiful woman
inside and out.

Sorisha,
whose style icons include Eva Longoria and Keira Knightley, loves
shopping for clothes with her favourite shopping destination being
Dubai.


What makes you proud to be South
African?

I love the warmth of my people, the climate, our
richly coloured flag, and our unity in diversity from Milk Tart to Samp and
Beans

My parents, Sophia Lauren, the crew at Scandal for their
constant smiles despite the long hours

My two pugs who will always have the energy to welcome me
home, regardless of the time day or night or how angry I could be with them.

I want to be able to participate in a movie at some point
in my life, maybe a little bit of Sky or CNN…you never know. 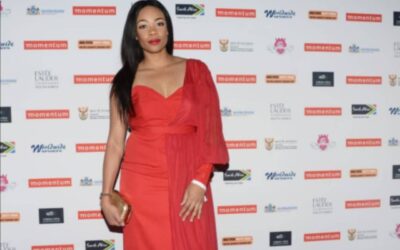 Former SPAR Proteas netball captain, Zanele Mdodana, is humbled as the gsport Trust have reappointed her as official spokesperson for the 15th edition of the prestigious awards ceremony.... 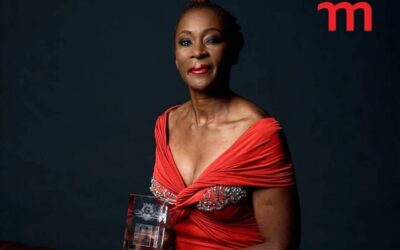 Women in sport are being put first as Momentum and the gsport Trust partner once again to stage the 2020 Momentum gsport Awards, celebrating 15 years of the country’s longest running women’s... 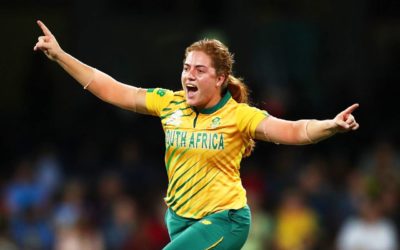 Nadine de Klerk Aims to be Among World’s Best

Nadine de Klerk’s hero is Proteas cricket legend, Jacques Kallis, and her dream is to become one of the best cricketers in the world. Recently, she put in a Kallis-like performance to star for...