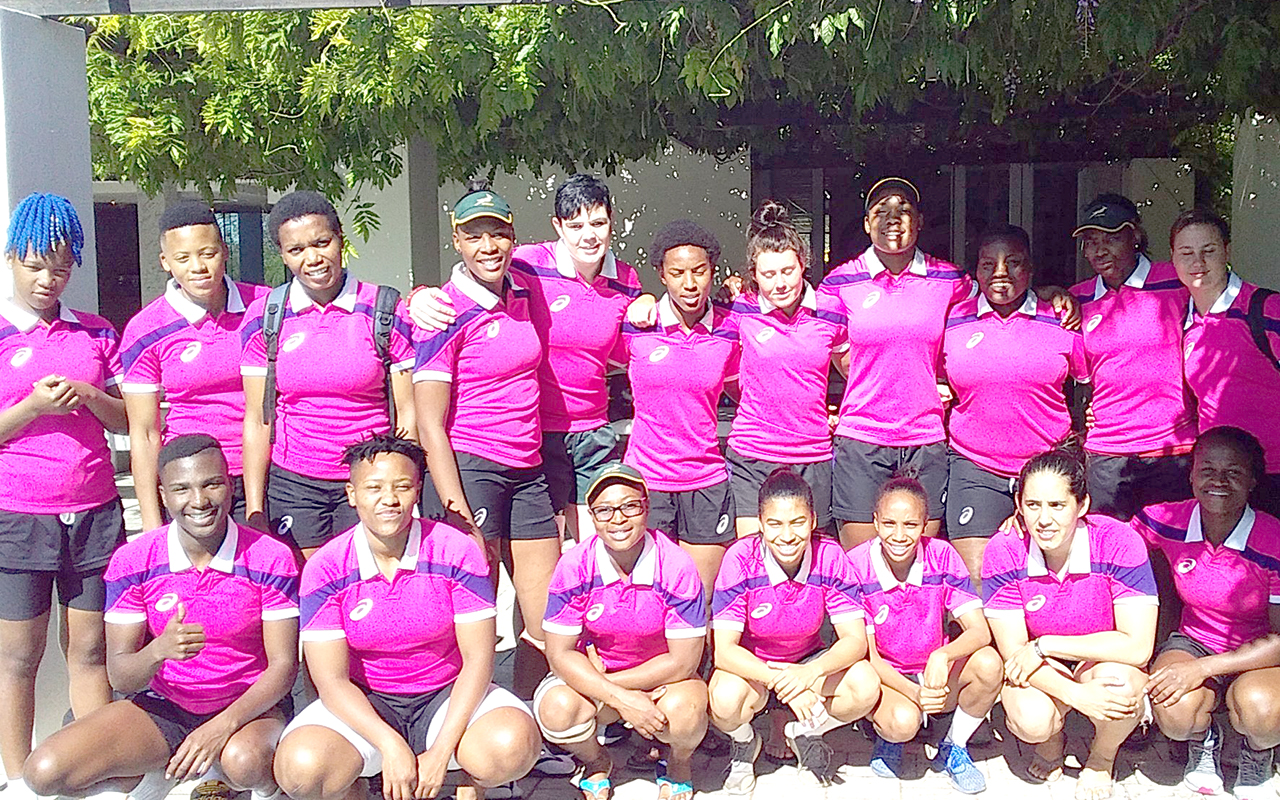 Springbok Women’s coach Stanley Raubenheimer assembled a squad featuring 11 international players in Stellenbosch as the team kick off their preparations on Sunday for their first round of Test matches since the 2014 Women’s Rugby Cup.

The squad – which will be reduced to 28 players before their departure to Europe on 30 October – will face the UK Armed Forces in London on Friday, 2 November, Wales at Cardiff Arms Park on Saturday, 10 November, Spain in Villajoyosa on Saturday, 17 November, and Italy in Prato on Sunday, 25 November.

“The most important aspects from the outset would be to develop a good rapport with the players, and to work on the basics on the training field,” – Springbok Women’s coach Stanley Raubenheimer

Several players who were members of the SA Select Women’s squad that faced the British Army and the England Academy team on a three-match tour to the UK in October last year were also included.

Raubenheimer said the focus in the first few days of the camp would be to get the squad to gel on and off the field and to put the necessary structures in place.

“We only have a few days to prepare for the tour, so it is important that we are able to implement the basic aspects of the game very well by the time we play our first game.

“Fortunately we will face the British Armed Forces first, which will be a good start to the tour as it will allow us to build some momentum before the first Test.”

Raubenheimer added: “This tour will serve as a good yardstick to measure where we are after a few seasons out of the international arena, so while although it is a big occasion for the squad, it is important that the players enjoy their rugby as well.”

← Records tumble at FNB Durban 10K CITYSURFRUN Toni Mould: This Para-Cyclist an Inspiration to the Nation →