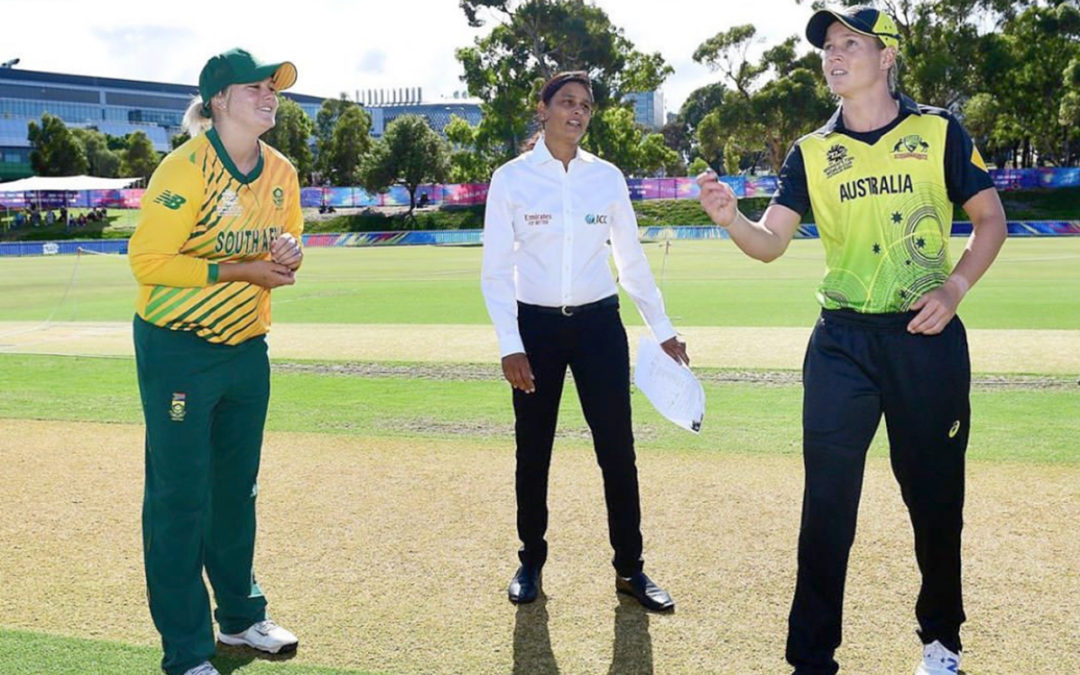 South Africa were put in to bat and posted 147/6 thanks to a top-scoring effort from captain, Dané van Niekerk, who smashed 62 from 51 balls, with seven fours and three sixes.

The total could have been much better, had the Momentum Proteas capitalised on a strong opening stand of 79 between Lizelle Lee and van Niekerk.

But, once big-hitter Chloe Tryon departed on the final delivery of the 16th over, it triggered a mini-collapse and South Africa failed to go past 150.

Delissa Kimmince was the pick of the bowlers with 2/34 in four overs. Megan Schutt, Jess Jonassen and Nicola Carey snared a wicket a piece.

In reply, Australia struggled to find momentum in their run chase, losing four wickets in the powerplay, and found themselves tottering on 35/4 in the sixth over.

Meg Lanning and Rachael Haynes rescued Australia with an 83-run partnership and although South Africa dismissed both of them, they had already put their team back on track.

Lanning top-scored with 47 off 36, including seven fours, the hosts were back on track, while Haynes belted three fours and one six for her 39 off 35 balls.

Marizanne Kapp was the pick of the SA bowlers with 4/16 in her four overs, and she was supported by Nonkululeko Mlaba and Ayabonga Khaka in the bowling effort, grabbing a wicket a piece.

On Sunday, South Africa beat Sri Lanka by 41 runs in their first World Cup warm-up match, and the Momentum Proteas will face England in their opening match of the tournament on 23 February.