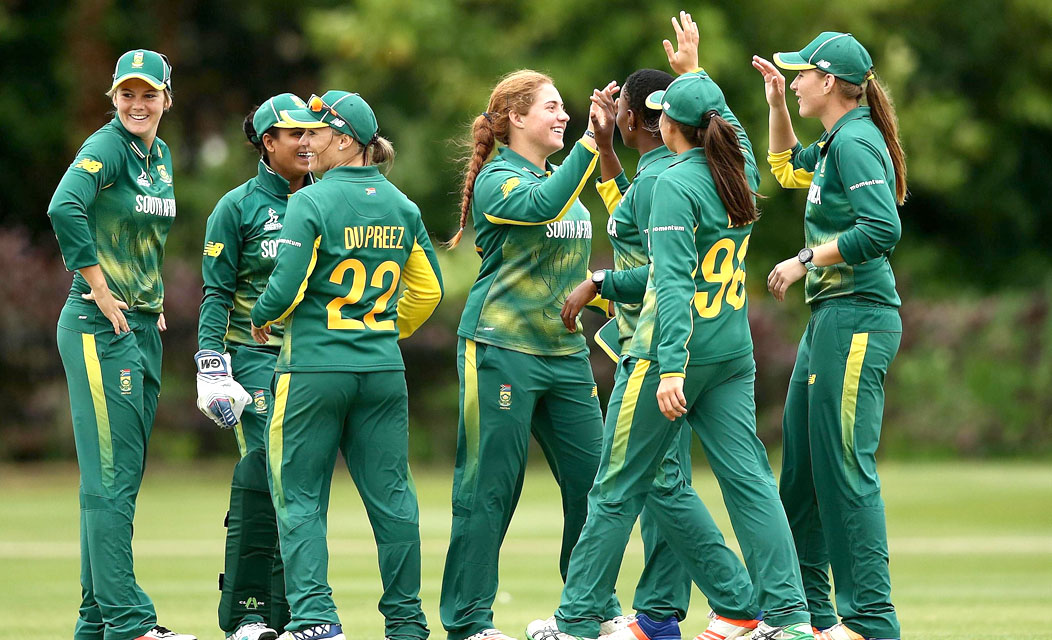 Momentum Proteas captain Dané van Niekerk confirmed that she has a fully fit and game-ready squad of 15 after the final training session ahead of their first appearance in the 2017 ICC Women’s World Cup on Sunday, against Pakistan at Grace Road in Leicester..

“We’re all really excited to be here,” she said. “The girls have gotten used to the conditions, and we’re ready and raring to go for the first game, said van Niekerk.

“Everyone’s fit, everyone’s excited with a few nerves creeping in, but that’s natural. Hopefully we can contain them and just go out there and do what we do best.”

The team are ranked number six in the MRF Tyres ICC ODI rankings, but van Niekerk believes that the ranking does well in helping them with not having to deal with the pressures that higher-ranked sides have to deal with.

She also firmly laid out her side’s objectives for the tournament. “We’re coming into this World Cup without the big pressures that most of the other teams have to face,” said van Niekerk.

“We’re not defending champions like Australia, World T20 holders like West Indies, and we don’t have the weight of being the hosting nation and feeling like the eyes of everyone here are on us.

“We’re just here to play our natural game and to win. No one comes to a World Cup to just compete, we are here to go all the way and we are going to make sure that we worry about our own game more than that of the opposition to help get us there.”

All of South Africa’s fixtures will all be broadcast live on SuperSport for the first time ever. Van Niekerk is overjoyed at the prospect of supporters back home having the opportunity to watch the team’s journey in the competition.

She said: “In previous years our families, friends, sponsors and supporters had to watch via the internet and even then, it was following live scores on certain websites. I can’t tell you how much it means to the team that our games will finally play live on TV for everyone to see.

“I strongly believe that this, more than anything else will grow the profile of the women’s game in South Africa, and we’re truly grateful to everyone involved for making this happen for us.”

South Africa won their final warm-up by six wickets after bowling West Indies out for 63 runs, and the skipper is eager to get the tournament underway.

“You always want momentum going into a tournament like this, and our win against the West Indies the other day gave us that.

“Hopefully we can build on from that without underestimating a team like Pakistan. They are very skilful and dangerous in tournaments like these. We just want to focus on what we do well and hopefully return with a positive result.”

The broadcast of South Africa’s match on SuperSport 5 will begin at 11:00 (SAST), with live scoring available on Cricket South Africa, ICC and Cricinfo social media platforms.