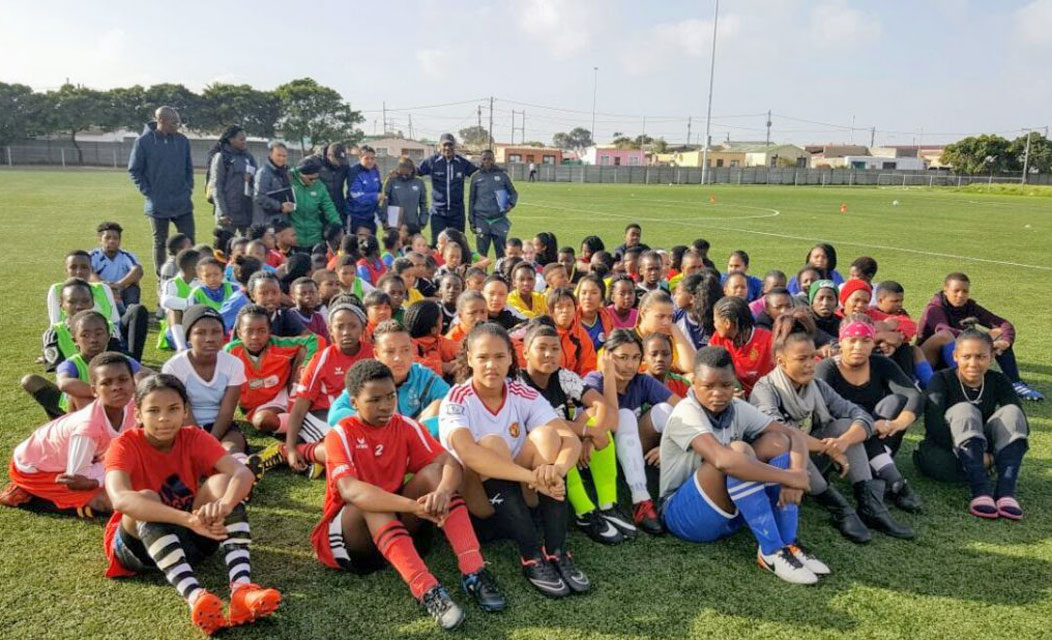 From the beginning of June this year, top Women’s National Team coaches from the South African Football Association (SAFA) have been travelling around the country to identify talent for the U-17 and U-20 National Teams as well as for the 2018 HPC intake.

The aim of the talent search is to start planning and to prepare players for the next U-17 and U-20 World Cup which will take place in 2018.

This is the first talent identification of its kind for women’s football and will ensure that all possible candidates for the respective national teams and HPC have been identified.

The first Talent ID was held in KwaZulu-Natal on the 3rd of June.

Next up was Gauteng and the Western Cape – the latter taking place this past past weekend (17 June).

“We have had very successful events so far in all the provinces we have been to. Just this past weekend we were at Browns Farm in Phillipi, Western Cape where good talent was on display in the u17 and u20 age group as well as 13-14 year-olds for the HPC 2018 intake. Over 200 players were seen on the day,” said Fran Hilton-Smith, SAFA Assistant Technical Director.

“Once the National selections have been completed for this year, we will have ensured new talent is incorporated into the two national teams in preparations for the respective world cup tournaments commencing in September 2017.”

This weekend (24 June) the talent search moves to Queenstown in the Eastern Cape, and again a good turn out is expected as young girls try out for the various age groups.

The event will take place at Dumpy Adams Stadium, Queenstown from 09h00 until 16h00.

The SAFA scouts in attendance will be Anna Monate, Simphiwe Dludlu, Maude Khumalo and Cameron Cox. The talent search will continue throughout the months of June, July and August across all provinces.