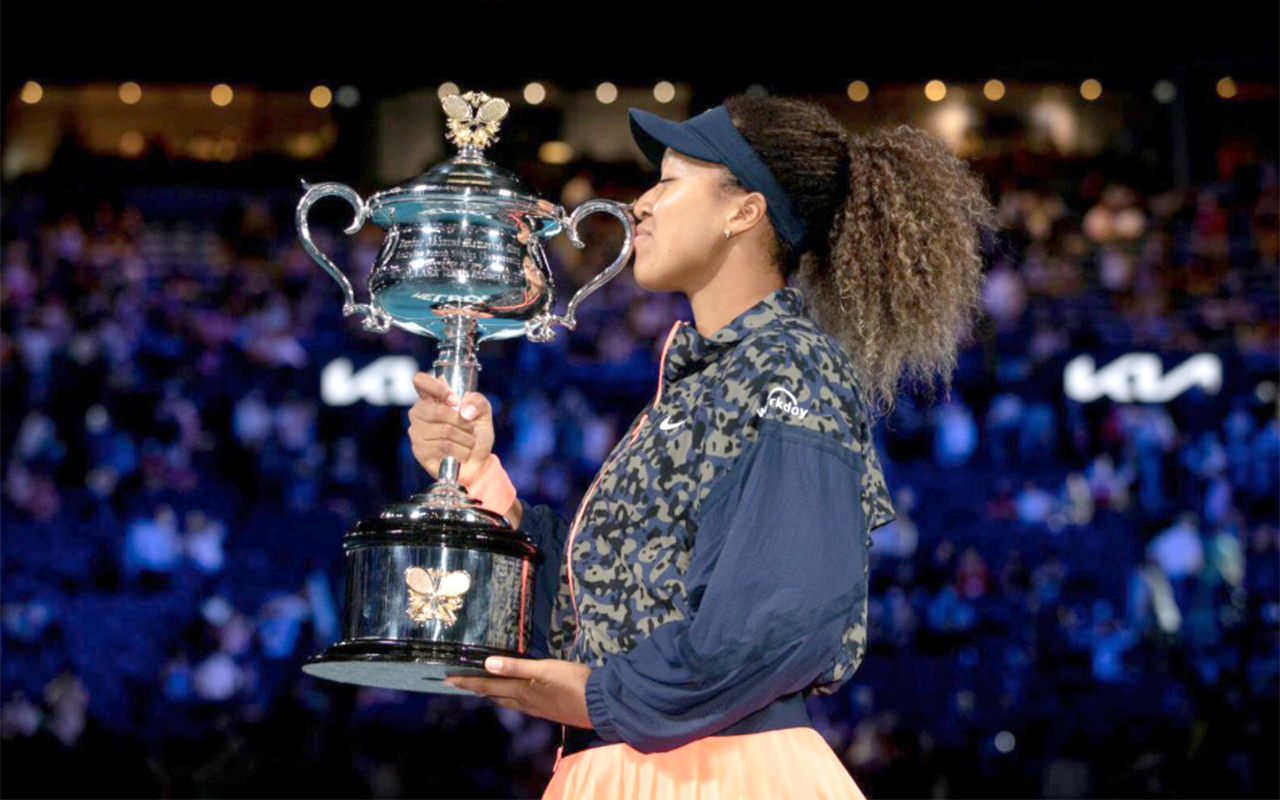 Four-time major winner, Naomi Osaka, solidified her position at the forefront of a new era of female athletes globally after winning the Australian Open on Saturday, 20 February 2021.

At 23, Osaka has become a leader both on and off the court as well as a role model for the next generation.

“In the past I felt it as a very strong responsibility,” Osaka revealed to the press after her victory.

“I was scared and nervous about it because for me, people just see me on the court and that’s where I get the most media attention. So, if I slam my racket during a match, I will get nervous about getting bad press and not being a good role model.

“But over the years, I’ve realized the only thing I can do is be myself.”

Having achieved much success during the early stages of her professional career, expectations are rife, however Osaka is using it as motivation to better herself in the game.

“Like people wouldn’t expect things from me if I hadn’t done things prior.” – Four-time major winner, Naomi Osaka

“So, the funny thing is, I don’t look at expectations as a burden anymore,” she admitted.

“I feel like I am at a point where it’s something that I’ve worked for. Like people wouldn’t expect things from me if I hadn’t done things prior… If that makes sense.

“People didn’t expect things from me when I was younger and now that I have kind of climbed up the ranks, there is going to be more pressure, but I also feel that is motivation because I want to do better for myself as well.”

A more mature Osaka also revealed to the press that she now appreciates the difficulty of winning a Grand Slam than she previously did.

“I feel like I know how much hard work you have to put into this, because the first time that I have won both these trophies I think, in a way, I was just a kid,” she said, referring to her wins at the 2018 US Open and 2019 Australian Open.

“I didn’t really know what I was doing.”

“I feel like the biggest thing that I want to achieve is… hopefully I play long enough to play a girl that said that I was once her favourite player.

“For me, I think that’s the coolest thing that could ever happen to me…”