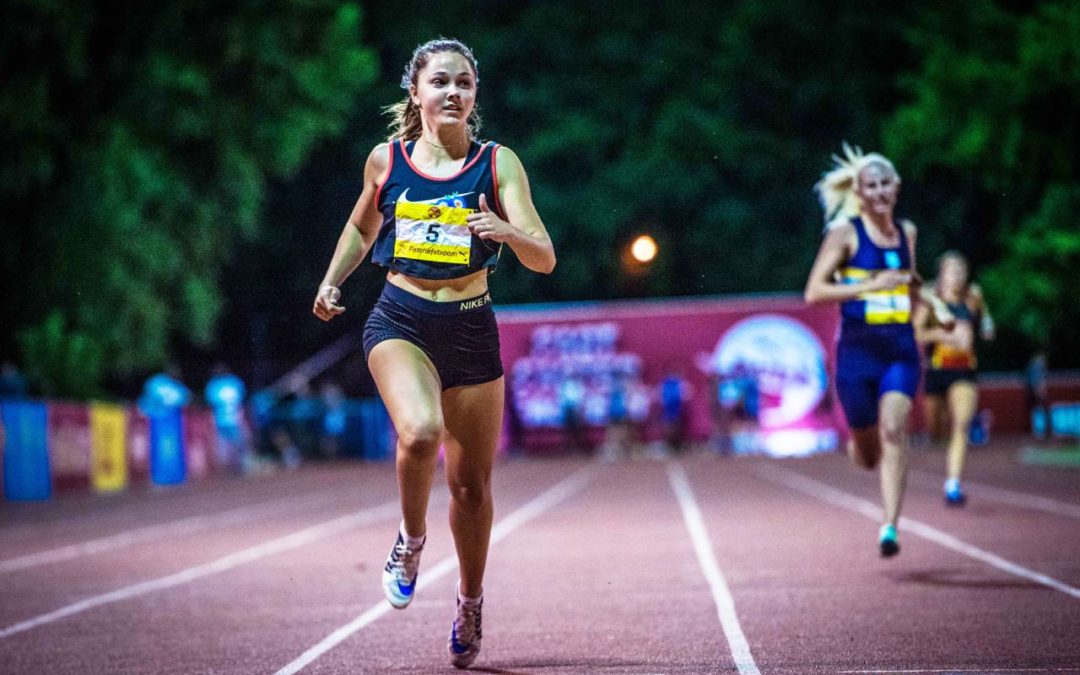 On Monday, 27 January 2020, track and field #FutureStars followed in the footsteps of Usain Bolt as they attempted to go #ForeverFaster at the PUMA School of Speed #3 that was hosted at the PUK McArthur Athletics Stadium in Potchefstroom.

Nicola van der Merwe (Potchefstroom University) was the athlete to beat in the Girls U19 100m.

“It feels good to come first. I know my hard work is paying off. I am happy. I still have a lot of work to do after tonight to get to my PB. My focus is on SA Champs. I am also in the team to go to World Champs, but first I have to prove myself as SA Champs.”

van der Merwe claimed her second victory of the evening, this time in the Girls U19 200m.

“I love the vibe at the PUMA School of Speed,” says van der Merwe.

“It’s a great event, it’s just fun. It’s nice to come first. All the hard work has paid off.”

“I love the PUMA School of Speed,” says Hetzel.

“This is the third time that I participate. I now have a silver, bronze and gold medal. It was a tough race.  It means a lot to come first. I worked really hard.”

“Junior track and field stars in Potchefstroom proved to be a force to be reckoned with today,” says PUMA Marketing Director Brett Bellinger.