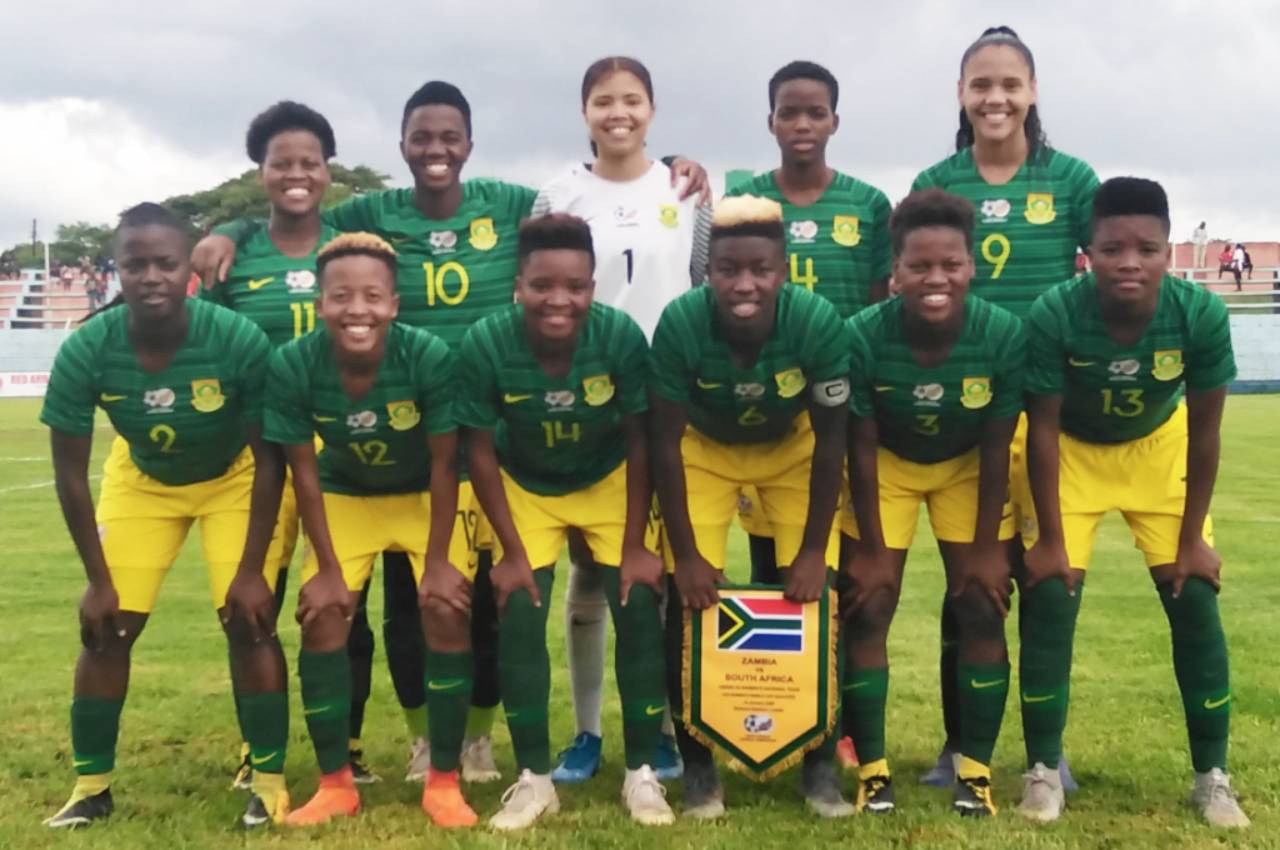 Basetsana Report for Camp Ahead of Second Leg WC Qualifier

Interim head coach of the South African U-20 Women’s National Team (Basetsana), Jabulile Baloyi, has called up 24 players for the preliminary round, second leg 2020 FIFA U20 Women’s World Cup qualifier against Zambia.

Basetsana held their first training session on Monday, 27 January in Eldorado Park, as they commence with their preparation for this crucial encounter.

South Africa won the first leg 2-0 in Lusaka about two weeks ago (18 January) – with goals from both Chelsea Daniels and Thubelihle Shamase.

Baloyi says she is pleased with the victory that gives them the advantage but added that there is still a lot of work to be done.

“When we played Zambia in the first leg, they were without two of their starting players who were out injured, and the assumption would be they are now fully recovered and we need to be ready for whatever game plan Zambia might want to throw at us,” said Baloyi.

“They are a fast running team and that is one thing we need to manage going into this tie. We will do everything in our power to push for yet another positive result in order to progress to the next round.”

In order to qualify for their first ever FIFA U20 Women’s World Cup tournament, Basetsana will need to come out victorious in all the four rounds of qualifiers set before them.

The former Banyana Banyana player said she is aware of the challenging task ahead of them.

“This is only the first hurdle of the many that we need to go over if we are to secure our first FIFA World Cup qualification in this age group,” said Baloyi.

“We have made our girls aware of this and everybody is just driven to achieve this goal. We will take it one game at a time and apply ourselves accordingly in every match we will be competing in.”

The 2020 FIFA U-20 Women’s World Cup edition will take place in Costa Rica and Panama in August.

Photo 1 Caption: The Basetsana squad huddle for a team picture in their previous FIFA U20 Women’s World Cup qualifier against Zambia on 18 January 2020 in Lusaka. Photo: SAFA.net