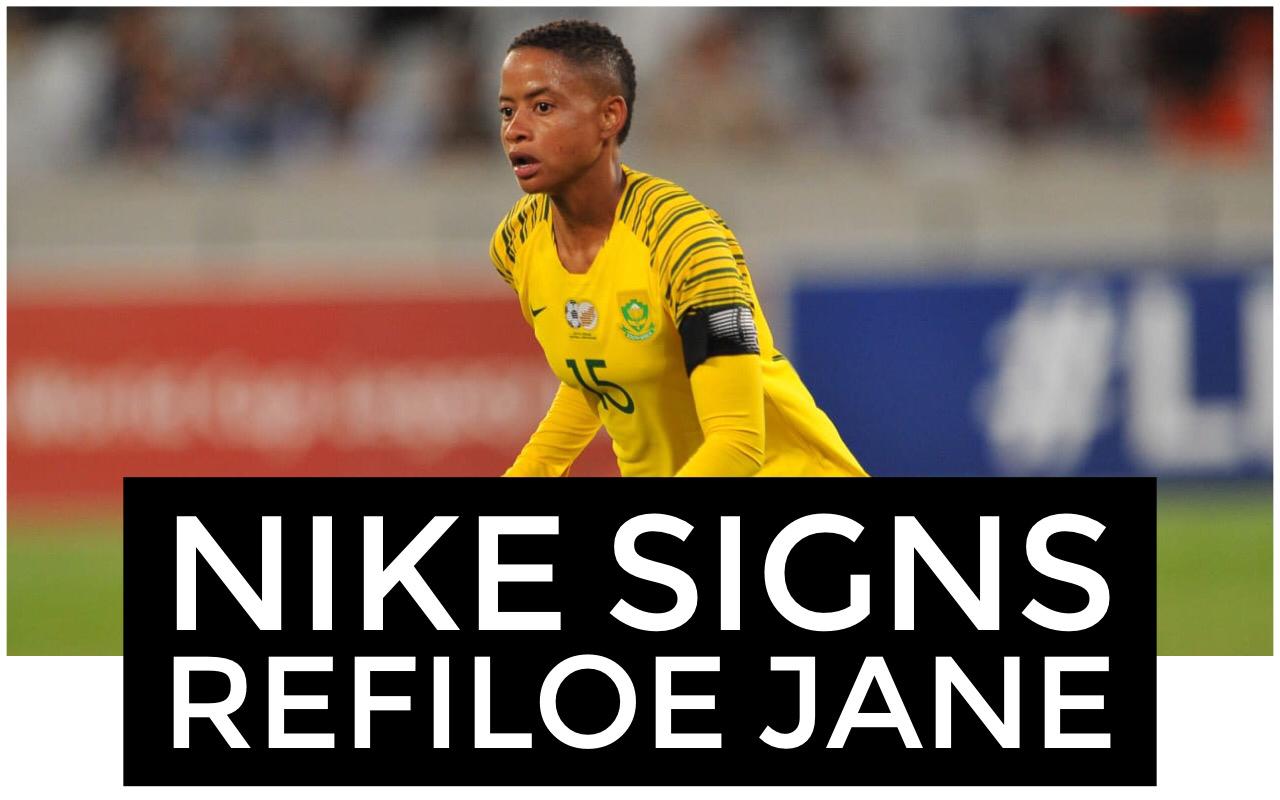 Global sports brand, Nike, has signed Banyana Banyana and Canberra United star, Refiloe Jane, in an exciting deal that will see the talented footballer proudly represent the Nike brand, both on and off the field.

Jane has performed admirably for Canberra United since signing with the top Australian outfit last August. She has also excelled in national colours for Banyana Banyana, playing a pivotal role in the team’s overall African Women’s Cup of Nations tournament victory, which resulted in a first-ever FIFA World Cup spot.

Jane says she is over the moon to have caught the attention of a brand that she has long admired.

“I remember how growing up I used to envy how other kids were privileged to be wearing Nike.”  – Banyana Banyana and Canberra United star, Refiloe Jane, after being signed by Nike

“Nike was all I saw growing up, and not even once did my parents have money to buy me Nike or any other brand.”

“Talent on its own is not enough in football. Support plays a big role to boost performance. Giving my best on and off the field can only be a fitting thank you to Nike for their support.

“Nike has been a big supporter of women in sport over the years and they have empowered women like Caster Semenya and Kgothatso Montjane. I feel honoured and privileged to be associated with a big brand like Nike who support women in sport.”

An outstanding ambassador of all-round excellence, Jane has paid attention to her post-professional life careers by qualifying with National Sport Management and B.Tech Sport Management qualifications, and she is currently doing Masters in Sport Marketing degree with the Tshwane University of Technology.