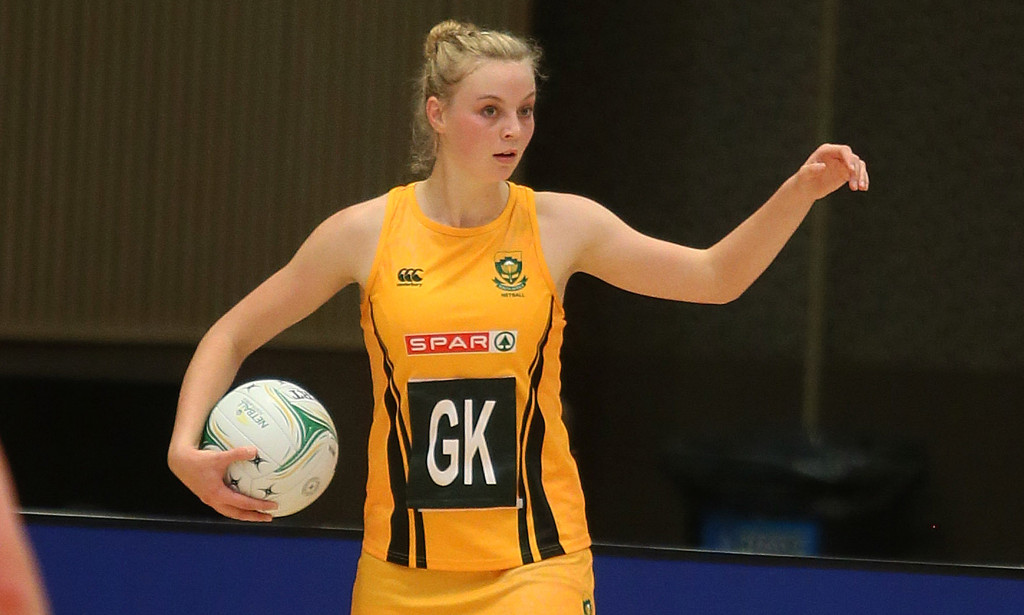 The Nelson Mandela Bay team are determined to make an impact when the SPAR National Netball Championships take place at the Young Park complex in Port Elizabeth next week.

Jeanie Steyn, one of the senior players, said today they were looking forward to the action.

Steyn, who plays for the SPAR Madibaz Netball Club, will join some of her varsity colleagues in the NMB team for the tournament, which will take place from Monday to Saturday.

Speaking from Bloemfontein, where the University Sport South Africa week is being held, Steyn said there was a good cross-section of players from clubs in Nelson Mandela Bay in the squad and they were keen to do well.

“We have some talented players in our team and are really looking forward to show what we can do,” she said. “Although the squad is made up of players from different clubs, we know each other well, having played with and against each other.”

As part of Netball South Africa’s strategy, the championships will be played on a district basis, rather than on a provincial format. More than 1 100 players will take part.

“The NSA executive believes that by playing the championships on a districts representation basis, we can reach more talented players,” said vice-president Christine du Preez.

Steyn, who feels the new format will benefit the tournament, supported the view. “To have to select a squad of 12 players from the whole of the Eastern Cape means a lot of good players would not be included.

“This way there is a greater opportunity for many more of our players to show what they can do.

“I believe it will create excellent competition during the week. The bigger provinces might not dominate as much as they did previously.”

Previously, the championships were held in August, which is National Women’s Month, but the tournament is taking place earlier this time.

Du Preez said there would be 36 Under-21 teams and 51 senior teams in the tournament.

“SPAR Protea players will also participate, as well as all squad players. The teams will play on a round-robin basis before entering the knockout stages, with the final to be played on July 14.

“There will be two sections, A and B, and the Under-21 championships will be played at the same time.”

Photo Caption: SPAR Madibaz player Jeanie Steyn will be an important member of the Nelson Mandela Bay squad when they take part in the SPAR National Netball Championships at Young Park in Port Elizabeth from Monday to Saturday. Picture: Reg Caldecott