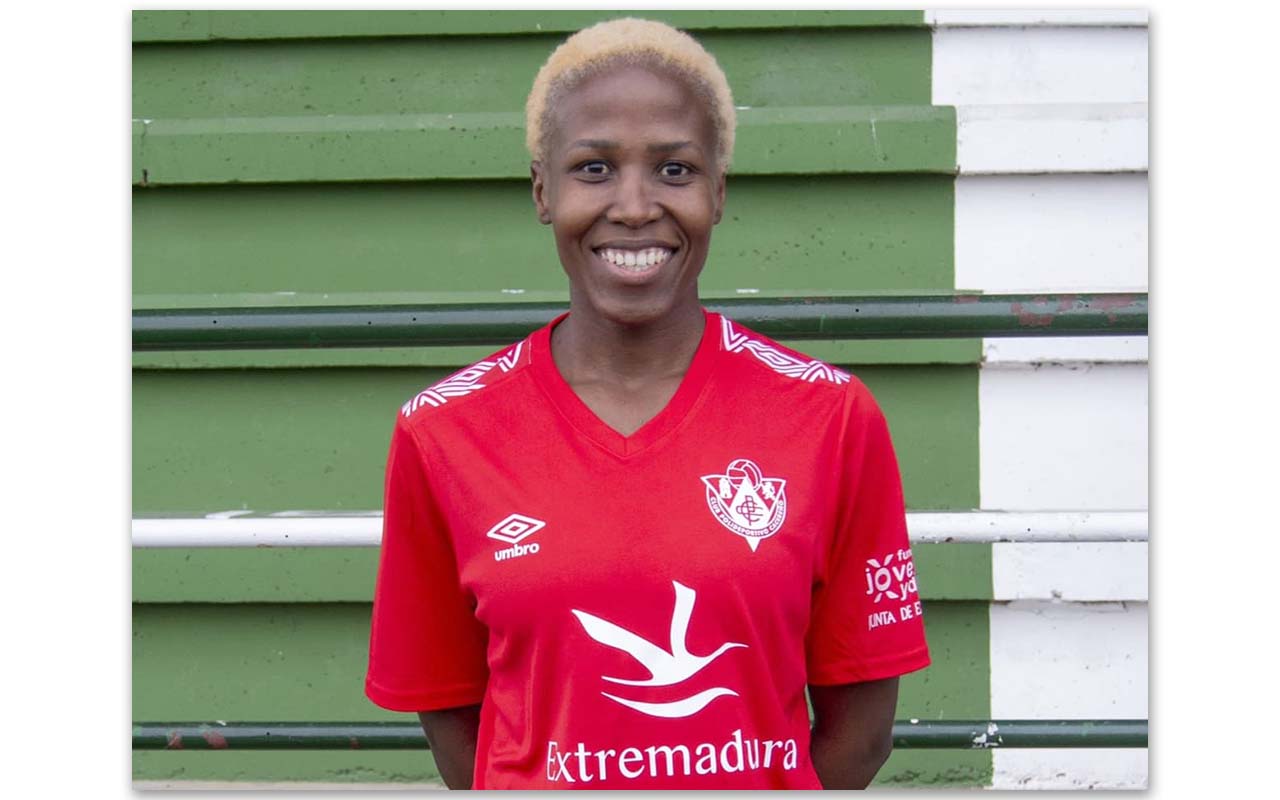 “The international midfielder joins a side currently sitting top of the league and pushing for promotion to Liga LElla.”

The international midfielder joins a side currently sitting top of the league and pushing for promotion to Liga Ella.#WIMwomen #SouthAfrica pic.twitter.com/K1D319g81O

The 25-year-old started playing at TuksSport during her high school days. She later upgraded and went to the United States where she went through two teams in her high school years and later visited Louisiana Tech University, where she graduated.

Fans took to social media to congratulate Kgoale on her new signing.

Congratulations Nomvula Kgoale. We wish you all the best on this new venture 👏🏾🇿🇦💚💛#BanyanaBanyana #Womensfootball https://t.co/FohZqSyeF9

Congratulations 👏 @NomvulaKgoale and we wish you all the best. Do us proud 👏
🇿🇦 🇿🇦 🇿🇦 🇿🇦 🇿🇦#womenFootball https://t.co/W43hhcbjLD

Congratulations Nomvula, all the best in your next endeavor 👌🎊🎉 https://t.co/in6wiw26Sy