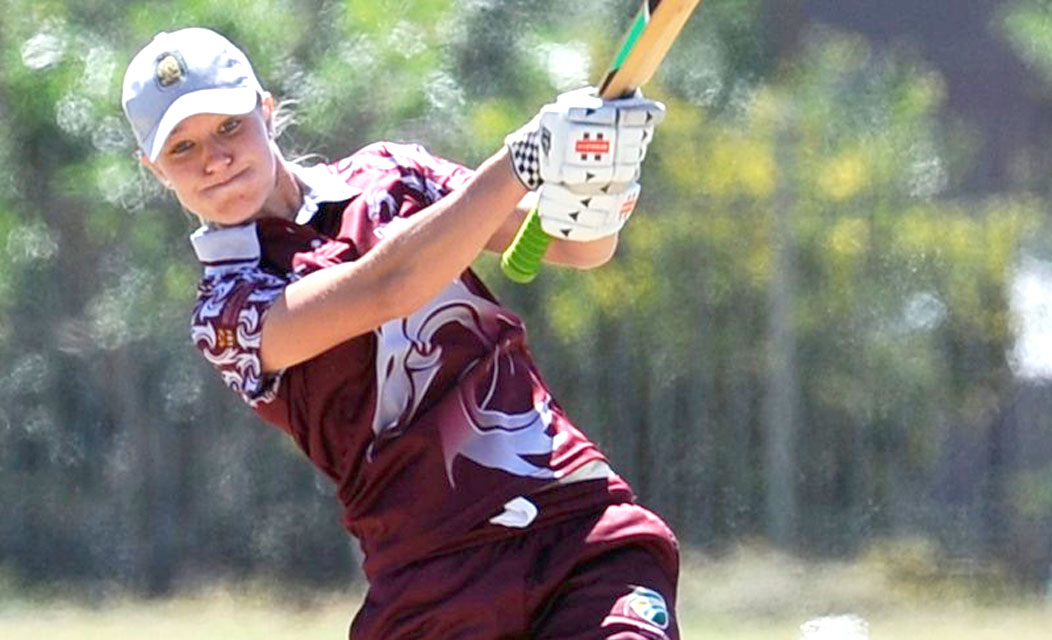 North West beat Western Province (WP) by a resounding nine wickets in order to book their place in the final of the Cricket South Africa (CSA) National Women’s Week in Bloemfontein on Sunday.

This will be the first time in five years that the defending champions (WP) will not appear in the final of the tournament as North West prepare to take on Gauteng, who secured their spot with a 41-run victory over Northerns.

Lee made sure that her side needed just seven runs for victory when she lost her wicket. Sinalo Jafta hit all seven, giving their side a solid win with 25 overs to spare.

In the second semi-final of the day, opening batter, Trisha Chetty hit 84 runs from 107 deliveries (8 fours) to lead Gauteng to 207/8 in their clash against old rivals, Northerns.

Paulinah Mashishi took 4/51 in her 10 overs to ensure that the rest of the batting line-up was kept at bay, but Shabnim Ismail and Robyn Searle added 37 and 26 runs respectively for the Johannesburg side to reach a competitive total.

It was a concerted effort from the Gauteng bowlers to have Northerns bowled out for 166. Zante Steyn, Yolani Fourie and Alysia Rudolph all took two wickets, breaking partnerships at crucial times, while three run outs also did not help the opposition’s cause.

Mignon du Preez was the leading run scorer with 75 from 96 balls, but she did not have enough support in order to carry the innings through. Gauteng won with 7.4 overs to spare.

At UFS Oval 3, Border claimed their first win of the tournament so far, beating Boland by seven wickets. Ayabonga Khaka (4/12) brought her Momentum Proteas experience to the fore and, together with Zintle Mali (3/16), had Boland dismissed for just 79 runs in 33.5 overs.

While the target was low, Boland’s Veronique Smith, Alicia Smith and Litichia Spogter claimed a scalp each to give the Eastern Cape side a fright, but ultimately, Angelique Taai’s experience won out. She knuckled down, hitting 30 runs from 73 deliveries to make sure that her side got over the line in the end.

In the last match of the day at Vossies Field, Free State held their nerve and secured a three-wicket victory over Eastern Province (EP) in spite of Dane van Niekerk’s stellar performance with both bat and ball (55 off 83 balls and 3/18). The young hosting side showed great resilience in their chase of EP’s 167-run total. It took a lot of graft from Masabata Klaas (31 off 55), Zintle Kula (31 off 85) and Izel Cilliers (21 off 15) to drag their side across the finish line ahead of the visitors.

Today’s results mean that Boland and Eastern Province have been relegated to the Regional Division.

Tomorrow’s final between North West and Gauteng will take place at the University of Free State’s Main Oval. Live scoring of all matches will be available at www.websports.co.za, play begins at 09:45.

Photo 1 caption: Lizelle Lee (3/12, and 83 runs from 67 balls) was the star of the match when North West beat a strong WP side by nine wickets to set up their shot at the annual Cricket SA silverware against Gauteng. Photo: Cricket SA on Twitter (@officialCSA)

Photo 2 caption: Trisha Chetty hit 84 runs from 107 deliveries to lead Gauteng to a 41-run win over old rivals, Northerns in Bloemfontein on Sunday, for a Monday final against North West at the University of Free State’s Main Oval. Live scoring of all matches will be available at www.websports.co.za, play begins at 09:45. Photo: Cricket SA on Twitter (@officialCSA)