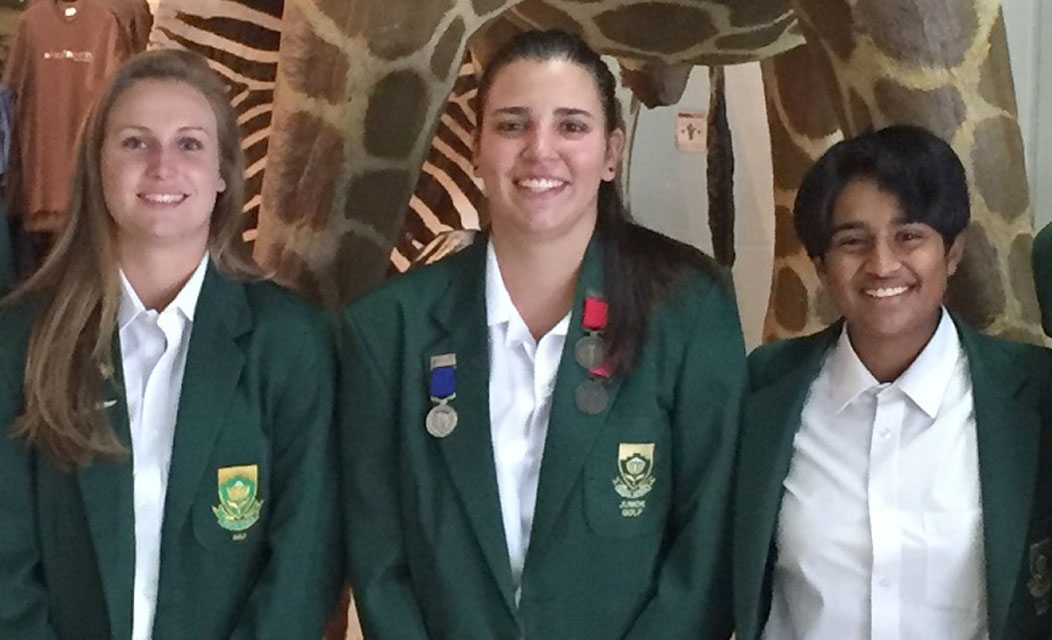 The SA Girls teams began the final round with an insurmountable lead, and a five-over 149 was good enough to triumph on four over 580, and edge out Zimbabwe by 61 shots.

Mistry from Gauteng completed a wire-to-wire victory in the Girls Competition in four rounds that included two course records – a 69 in round one and 67 in round two – and a final round 75.

“I didn’t start well today and I was three over after nine holes,” Mistry said. “I made some birdies at 11 and 16, but I finished with a pathetic double. At the end of the day, we all did out bit to make this victory happen and we are going to Japan. That’s all that matters.”

The Gauteng junior celebrated victory on even-par 288 and finished four shots clear of Symone Henriques, who closed with a 74. “I was two under through 14, but I bogeyed 15 and I missed a short putt for birdie at 16,” said Henriques.

“Unfortunately I had a horrible finish with a double bogey at 17 and bogey at 18. Not how I wanted to end the week, but I’ve had an amazing experience. The course was brilliant, meeting the girls from the rest of the teams was really awesome and I am so stoked that we pulled off the win.”

Fellow Gauteng golfer Kaleigh Telfer made it a one-two-three finish for South Africa when she carded a 75 to finish at 304. “I was going along really nicely and got it to two under through 14 holes,” said the reigning Sanlam SA Women’s Stroke Play champion.

“Then I dropped a shot at the short hole and it was downhill from there. This was an amazing experience, and I am so pleased to share this victory with Kajal and Symone.

“It’s going to be a fantastic experience to go back to Japan for a third time with these girls, and we are so happy we could win this for South Africa.”

“But most importantly, our teams made sure that we will be sending two South African junior teams to compete in this year’s Toyota Junior Golf World Cup in Japan.”