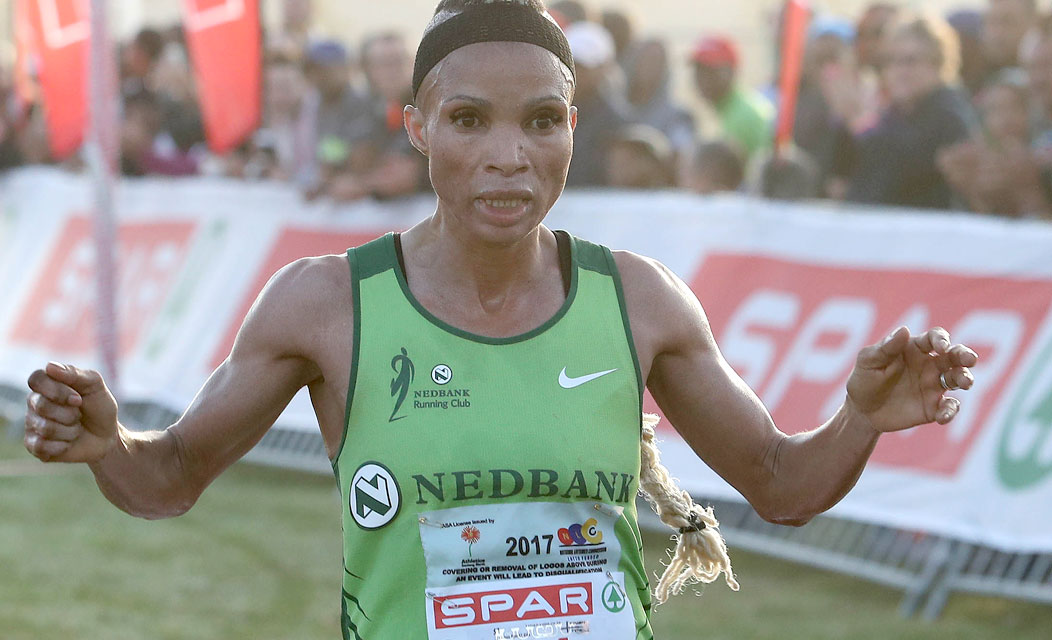 In one of the closest finishes in years, seasoned athlete Louisa Leballo (Nedbank) sprinted across the finish line to snatch victory in the SPAR Women’s 10km Challenge in Cape Town in 32.58 minutes, just one second ahead of Kesa Moletsane (KPMG). Last year’s SPAR Grand Prix winner, Irvette van Zyl (Nedbank) was third in 33.07 minutes.

It was the closest finish in recent times.

Van Zyl surged into the lead from the start and appeared to be running strongly. She maintained the lead until the sixth kilometre, but Leballo, Moletsane, Mapaseka Makhanya and Lebogang Phalula were close on her heels.

By the 7km mark, 39 year old Moletsane was giving her a run for her money. It was a tight race for the finish, with 39-year-old Leballo out-sprinting Moletsane across the line. Leballo’s previous fastest time was 33.29, set in Soweto in 2003.

“I never thought I would win today. I wasn’t feeling well after the World Cross Country champs in Uganda, so it was a bit of a surprise to win,” said Leballo.

“At the beginning, the race was very fast. It was my first SPAR Challenge race in Cape Town, so I didn’t know the route. I have been struggling with injury for the past four years, so I am happy to come back strongly.”

“It was my first SPAR Challenge race, so I didn’t really plan anything,” said Moletsane.

“I have just come from two hectic races – I was running the World Cross Country in Uganda, and Varsity Athletics on Friday. I just had to run and it was perfect for me today. I come from inland, and it is always good to run at the coast,” she said.

Van Zyl said she had not run a good tactical race. “I am an impatient runner, so I can’t sit and wait until somebody makes a move. I think maybe that hurt me at the end, because I was really wobbly from 8 kilometres.

“I didn’t realise Kesa was in the race until 7 kilometres. Maybe, if I had known at the start I might have run differently. In the last kilometre, I knew I was in big trouble. Kesa has a big kick and Louisa was a surprise.

“Then when the cyclist said 500 metres to go, it was just bam! Everyone kicks and I had no energy and wobbly legs,” said van Zyl.

“SPAR wants us to run fast times and so we will be going all out. The first race of the 2017 season is over and we can settle in and watch each other in the next five races,” said Van Zyl.

Twenty-one thousand runners took part in the 10km Challenge and the 5km Fun Run at the Cape Town Stadium.

The second leg of the SPAR Grand prix will be held on Saturday morning 6 May 2017 in Nelson Mandela Bay.

Photo 2 caption: Nedbank Central Gauteng runner Louisa Leballo is the picture of concentration as she strides to record a personal best of 32:58 minutes to win the Cape Town opening leg of the SPAR Women’s Challenge. Photo: Reg Caldecott