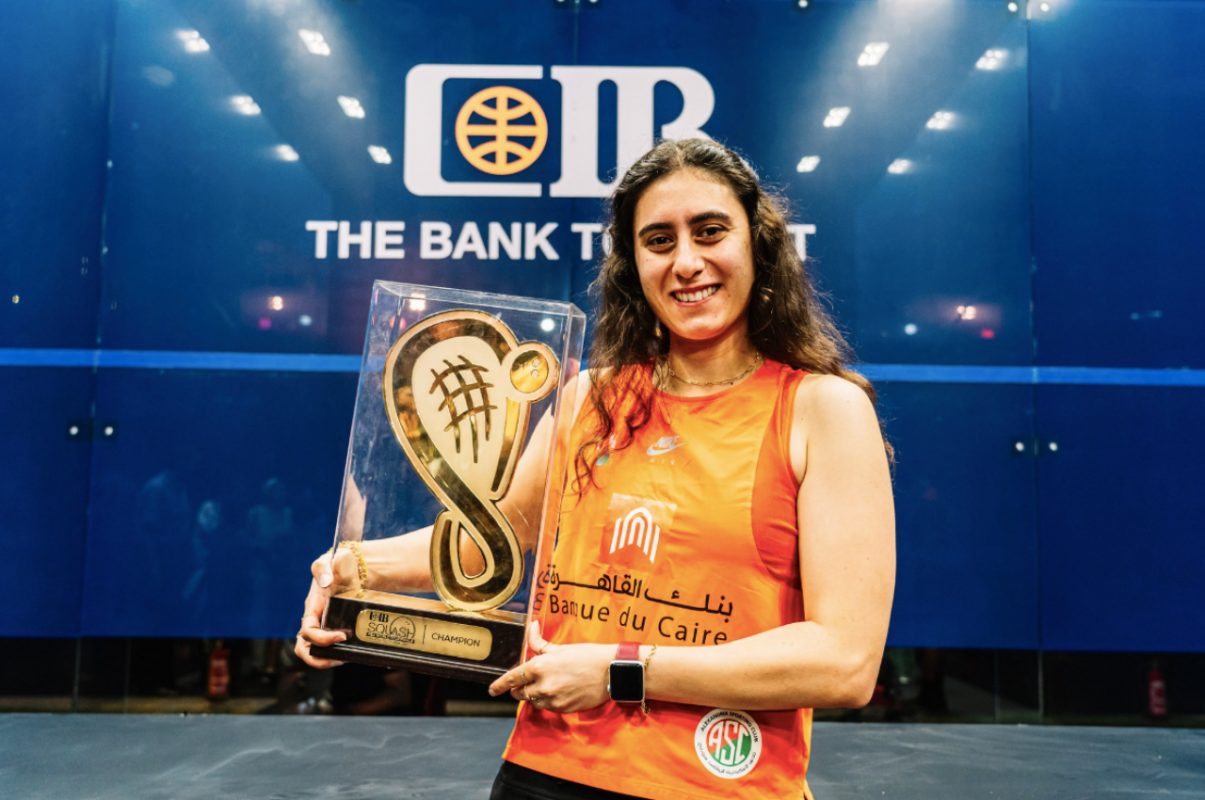 Egyptian squash star Nour El Sherbini won her 30th PSA title when she defeated her fellow compatriot and World No. 1 Nouran Gohar to emerge as the winner of the 2021-22 PSA World Tour final at Cairo’s Mall of Arabia in Egypt on Sunday, 26 June 2022.

The CIB PSA World Tour finals was the season finale for the 2021-22 PSA World Tour season and World No. 2 El Sherbini ensured she closed out the campaign having won two of the biggest titles on the tour.

Despite suffering an ankle injury throughout the competition, El Sherbini defeated World No.3 Hania El Hammamy and World No.4 Amanda Sobhy to book a place in the final against Gohar, who outclassed Joelle King and Hania El Hammamy to ensure an Egyptian final.

In a very competitive match that lasted for 43 minutes, El Sherbini got the better of her compatriot after a masterclass performance saw her win 11-6, 11-8, 11-5.

How does she do it!? 😲@noursherbini comes up with an elite performance to win 𝙖𝙣𝙤𝙩𝙝𝙚𝙧 major title 🏆

El Sherbini was impressed with her performance, saying: “I’m really happy with my performance, I think this was my best performance of the whole season, so I’m glad I’m ending on a win. I have been struggling the whole season, but it’s a credit to all the other players who have been playing well. I’ve been trying to push every match and I’m glad that I stopped in the middle of the season, it helped me a lot to regroup. I’m really happy with the last three tournaments I played and now I can rest and come back stronger.

“She [Nouran Gohar] took the No.1 spot from me and has been winning all the Platinum events, so that shows how on form she has been. It’s always challenging and tough, she didn’t lose a game all tournament. I’m happy with the rivalry and the challenge we have and I’m looking forward to the challenge next season,” she concluded.