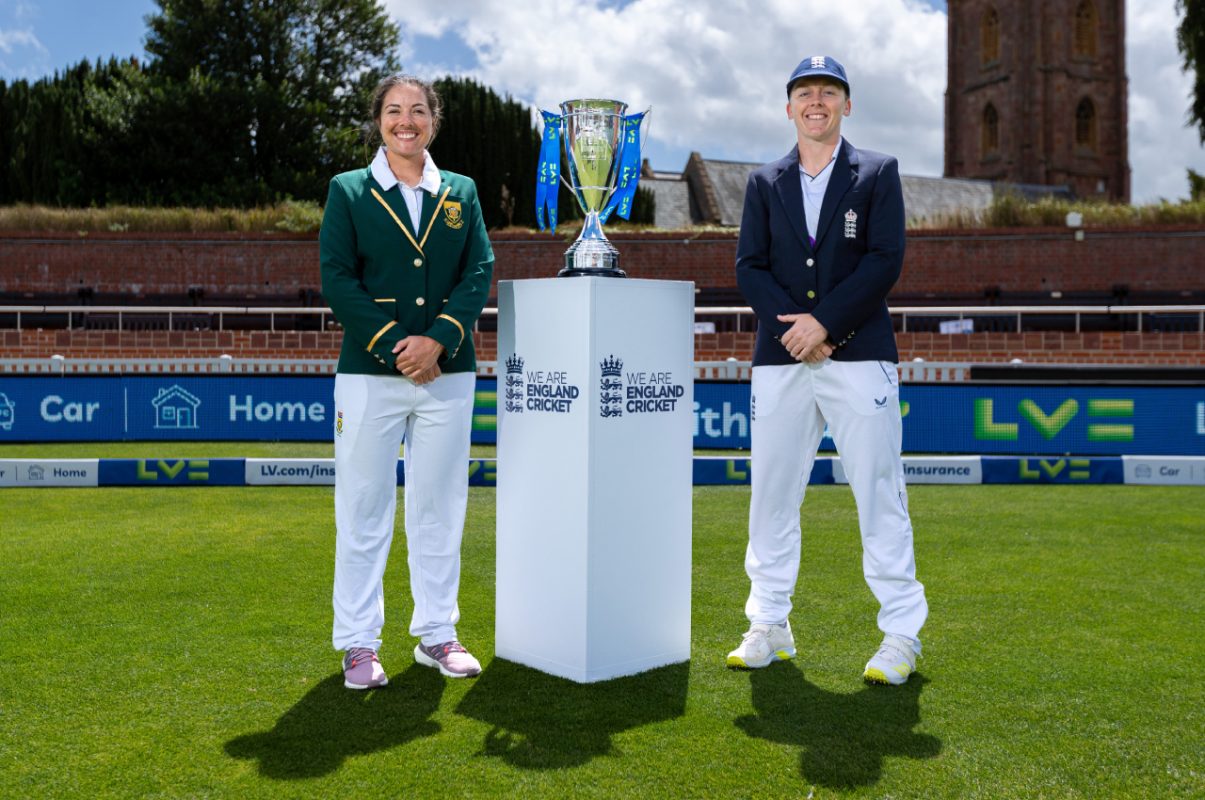 When the Momentum Proteas take the field in whites against England at the County Ground in Taunton on Monday, 27 June 2022, it will be 7 years, 7 months and 7 days since their last Test match.

During that time, they have changed skippers, built the best pace contingent in the world, unearthed a batting superstar, reached three World Cup semi-finals and have firmly established themselves as one of the top teams in world cricket. Yet, when they suit up against Heather Knight and co., they will do so as clear underdogs.

For starters, in terms of overall experience, South Africa trail England by a mammoth 85 Tests (12 v 97). Within the current squad, they have 6 Test caps compared to the host’s 37; a cumulative total of 149 runs compared to 1,602; and only 4 wickets as against 48. Add to that, in the time the visitors played one Test, England played seven. And as if to rub salt into the wound, England skipper, Knight, who has featured in nine Tests, captaining in four, admitted that she has only now “started to really get (her) head around” the best way to approach the format. What hope then, does the Proteas’ debutante skipper Suné Luus have?

To make matters worse, the visitors will go into the game without three of their senior players – Shabnim Ismail, Chloe Tryon and Ayabonga Khaka were made unavailable for selection on the eve of the Test. The trio have been in good form in recent months, Ismail even winning the Player of the Series award for her performances in Ireland.

And the of course, there are South Africa’s scars – some old, others more recent.

In the words of their premier allrounder Marizanne Kapp, the Proteas’ previous Test match was “absolutely horrible”. In November 2014, an underprepared unit landed in Mysore to play their first Test in seven years, and duly got trounced by India by an innings and 34 runs. All of Kapp, Lizelle Lee and Tryon made their debuts in that “terrible Test match”, with Trisha Chetty earning her second cap. It is a painful memory that some have worked hard to forget – not one they want to look back on when they pull on the whites.

More recently, Luus and co. suffered at the hands of England’s premier spinner Sophie Ecclestone who picked up career best figures of 6 for 36 in the World Cup semi-final to send South Africa packing. They had no answer to the left-armer’s accurate arm balls, deceptive drift and sharp spin; falling like a pack of cards in pursuit of a target of 294. The dreams of a final had been shattered.

All evidence, therefore, suggests that this Test match in Taunton should be a no contest; a total and complete mismatch.

However, contrary to popular opinion, and some would say against better judgement, Proteas head coach Hilton Moreeng harbours a belief that his side are primed to give England a run for their money. He said, in hindsight, those difficult memories have taught his players some important lessons.

“I think (in) that Test match (against India) we were well in the game competing and then we lost concentration as a unit after tea and that’s when we lost the Test match,” Moreeng told the media on Thursday, June 23. “So, it shows what that lapse of concentration can do and how critical it can be. So, it’s just to make sure that each and everyone understands the kind of discipline required in this game and how you need to stay focused and stay on the button because every session is critical and how you play it could determine the end result.

“We will take it session by session because in this game anything can change so quickly and the conditions can also change over the four days. They (the players) are well aware of that; they understand what happened (last time) and it’s now an opportunity they can put it right against a team that has been playing consistently in this format.”

In contrast to their preparation for the Test in India where a delayed arrival meant they missed their warm-up match, South Africa have the advantage of having undergone a special red-ball preparatory camp back home, before playing a three-day practice game against England A in Arundel last week.

“We’ve got three red-ball preparation matches (overall), so we are quite happy with what we are seeing so far. Everybody is starting to understand what needs to happen and where they fit into the puzzle and how we can take this forward.”

Over in Arundel, the Proteas batting star, Laura Wolavaardt, who many believe is made for Test cricket, struck a century in her first outing, while top order batters Andrie Steyn and Lara Goodall and skipper Luus carried on their excellent form also registering half-centuries. The bowlers got some miles in their legs, gained experience on how to bowl with and control the Dukes ball, and had an opportunity to fine tune their plans.

“Getting into the Test match now, we can see that most of our batters have had some time in the middle to understand what is required to able to take it deep. They have shown patience and application – something that wasn’t there in the first two preparatory matches (at home),” Moreeng admitted.

“Thus far as a team, what we have seen is that the bowlers have applied themselves and they have bowled exceptionally well. We are very happy with the preparation and the game has given us enough information to see what needs to happen – what lines and lengths to bowl in these kinds of conditions.”

Despite the last-minute blow, skipper Luus echoed Moreeng’s confidence when she addressed the press on the eve of the match on Sunday, June 26: “Obviously with the side we are going in tomorrow we have a lot of seniors sitting out, but I have full confidence in the team that’s going in to get the job done.

“The players going out tomorrow are young, full of energy, and they are fit to play, so that’s very exciting for tomorrow’s match. And then looking at the future, (those are) the players that will be the core in the next couple of years, so it’s quite important for us,” she said.­

Lessons and preparation aside, South Africa also come into the Test with a bit of momentum having secured series wins over Ireland earlier this month. Through those games, it was much of the younger group in Goodall, Steyn, Anneke Bosch, Nadine de Klerk and Tumi Sekhukhune, who put in consistent performances to see their team over the line – something that may give an injury-ridden South Africa some confidence.

England, on the other hand, will kick off their international summer on Monday. Could their rustiness give the visitors an edge? Might they really be primed to possibly topple this Test giant?

It will, of course, be no mean feat. England are, after all, one of the top teams in the world – runners-up in the most recent World Cup – for a reason. They are a beast in their own backyard. They have the No.1 bowler (across formats) in the world, the best ODI allrounder, and arguably the calmest, most understated, tactically astute international skipper going around. They also have a partially professional domestic system that has allowed them to blood several young players who will be on show through the course of the series – relative unknowns who could possibly trip up South Africa…

… And if recent trends are anything to go by, the visitors have sometimes stumbled against that which is unfamiliar. Monday will bring several of those: an unknown format, a new ball and at least three potential England debutantes.

But to paraphrase their coach, South Africa are as prepared as they can be. They may not be at full strength. They may not know much about the format. They may even stumble their way through the game. But there is something different about this South African team; something that was missing 7 years, 7 months and 7 days ago. That old hesitancy has been replaced by a quiet confidence, the anxiety by a sense of excitement, and the doubts and insecurity by an eagerness to don the whites and experience something new.

Photo 1 Caption: When the Momentum Proteas take the field in whites against England at the County Ground in Taunton on Monday, 27 June 2022, it will be 7 years, 7 months and 7 days since their last Test match. Photo: ECB