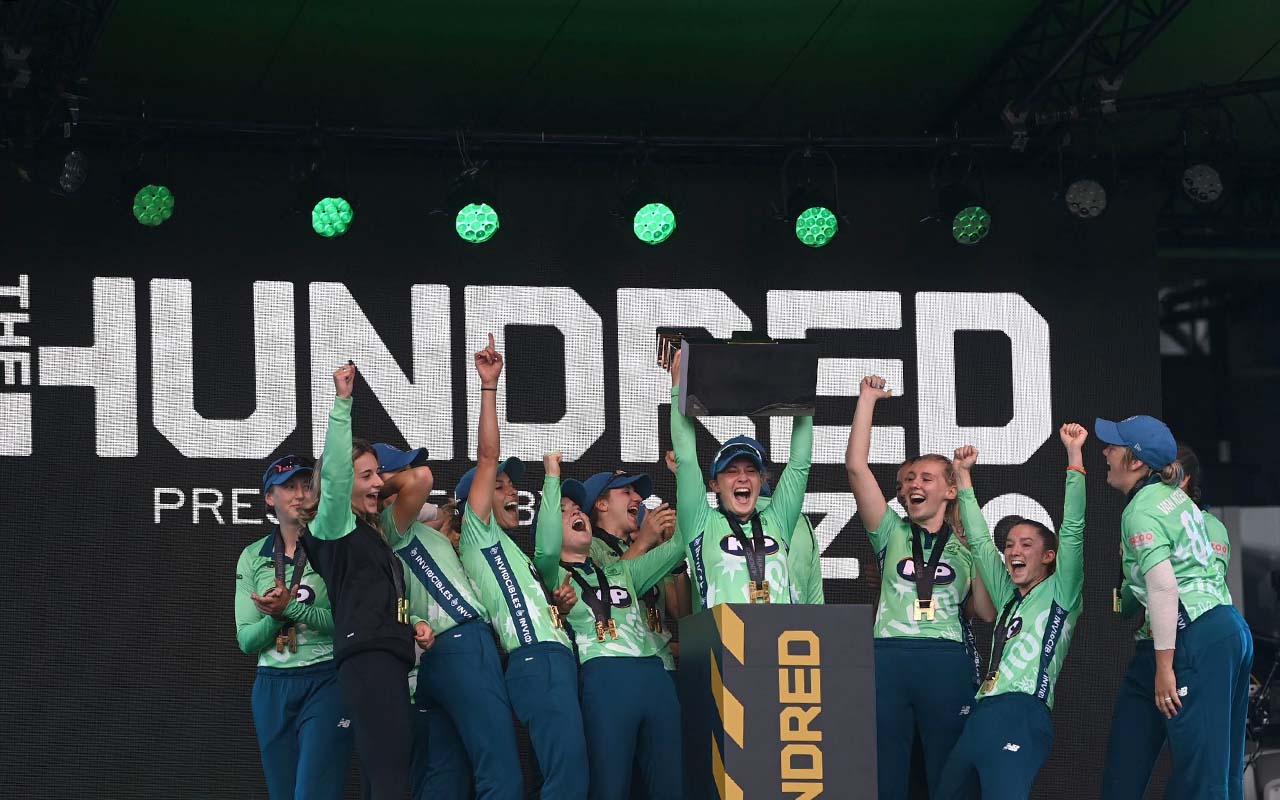 Oval Invincibles blew Southern Brave away in the inaugural Women’s Hundred final on Saturday at the Home of Cricket, Lord’s, bowling them out for 73, as Marizanne Kapp ripped through their top order in returning competition best figures of 4 for 9.

With Kapp leading the charge, South Africa was well represented with Dané van Niekerk reaping acknowledgements as Captain – and Player of The Series along with fast bowler Shabnim Ismail at Kapp’s side, not to mention gsport Founder Kass Naidoo, who wrapped up her task as series host for broadcaster, Sky Sport.

It was a wet start in London, but the players walked into an incredible reception at the iconic stadium, and history was made for many reasons, not least that The Hundred women’s final broke the domestic attendance record of 17,116 for a women’s game.

It was a great way for the final to be decided, with the Invincibles posting a compelling 126 after being invited to bat first in light but persistent rain, and Kapp and Alice Capsey cameos providing a solid finish after a steady start by the top order against Brave’s seamers.

Their turn to bat, Marizanne Kapp struck immediately, picking up three wickets in her opening five, and soon thereafter Brave fell further to 21 for 6 at the halfway stage of the chase, with Shabnim Ismail bouncing out Amanda-Jade Wellington and 17-year-old Capsey striking with her first ball.

Van Niekerk held back Kapp’s final set of five for the death, and she duly sealed the win with a leg-stump yorker to clean up Lauren Bell and spark emotional celebrations.

Kapp has suffered a difficult year, including post-viral fatigue after contracting Covid-19 added to an overdue medical procedure for an ongoing heart condition, and was then was ruled out of five of the Invincibles’ eight group games, with a thigh injury.

But the South African opening pace bowler has been a revelation in the knockout stages, following up 37 runs and 3 wickets for 21 in the eliminator, following that up with 26 runs with the bat, and 4 wickets for 9 runs in the tournament final to claim the Player of The Match accolade.

With an exciting new format driving up the stakes and the music-powered youth-focussed atmosphere spiling heaps of excitement onto the field, this novel tournament is sure to continue to enhance the prospect of women’s cricketers for many years to come.