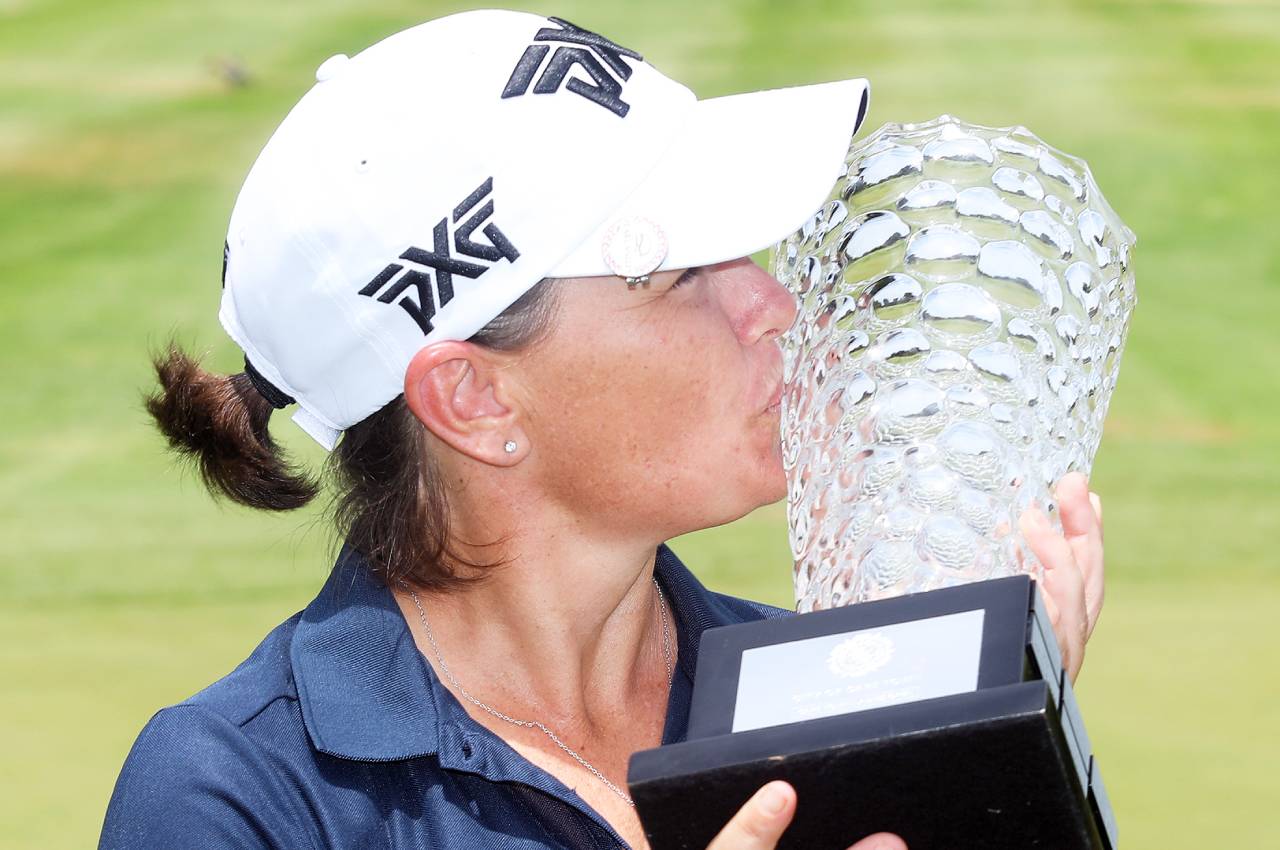 Lee-Anne Pace hopes her Cape Town Ladies Open hat-trick is a good omen as she begins to resuscitate her career on the Sunshine Ladies Tour in 2020.

Pace successfully wrapped up her 25th career victory with a five-shot victory on eight under par after closing with a five-under 67 on a blustery final day at King David Mowbray Golf Club on Friday.

Her last visit to the winner’s circle was in the same event two years ago at Royal Cape Golf Club and her first success was also at Royal Cape in 2016.

“I’m super, super happy,” said Pace as she hugged the trophy and flashed a big, white toothy smile at the applauding crowd during prize giving.

“I didn’t expect it this week. Last year was a write-off; I just didn’t enjoy it anymore. I missed two cuts and decided to take a total break from the game.

“The break did me the world of good, but I didn’t expect I played two events in the last six months and missed the cut in both, so I didn’t really expect to start this well.

“But time away from the game was really good for me. I am in a good place in my life and I felt very comfortable out there. I am enjoying it again. This is the perfect to start building form for the Ladies European Tour.”

Pace opened with an even-par 72 and dipped three shots below par in the second round to start the final day one shot behind Dlamini on four-under.

She reeled in three birdies over the first six holes and managed to come through the second and fourth holes relatively unscathed.

“I doubled the second hole and bogeyed the fourth in the first two rounds, so that cost me four shots,” Pace said. “I don’t know what it is about that second hole, but I bogeyed it again in the final round. Luckily the birdies on one, three and six gave me a boost.”

“Jere had been absolutely brilliant all week and he deserves a lot of credit. He gave me all the right clubs, the lines and the pace and even an eagle at the 14th. I wanted to hit an 8-iron and he talked me into a seven, and we got the eagle.”

Two perfectly timed shots on the ultimate hole set her up for a birdie finish and she nailed it.

With a record setting start to the 2020 season, how much would Pace like to finish it off with a record fourth triumph in the Investec South African Women’s Open in middle-March?

“It’s definitely in the back of my mind, as is winning the Investec Order of Merit,” she said. “I got so close last year, and I would love to get the win. That trophy comes with spots in the British Women’s Open and the Evian Championship and LET membership until the end of 2021. More than anything, it would be great to be the first four-time winner.

“It was a really great week with the putter, and I was driving it better every day, so I am looking forward to the rest of the season, and to keep on building form. And hopefully Jere’s mom and dad will let me borrow him again for Westlake.”

While Pace was in blistering form, Dlamini struggled to recreate the magic of her second round 67.

The 2019 Investec Order of Merit winner paid the penalty of an errant drive at the par four second with a double bogey and had to settle for second on three-under.

Durbanville rookie Tara Griebenow played the final round with Pace and Dlamini and finished an impressive third on level par after rounds of 73, 71 and 72.

The Silver Lakes golfer carded rounds of 73, 75 and 73 to tie American Jordy LaBarbera for eighth overall on five-over 221.

The Sunshine Ladies Tour travels to Sun City next for the R400 000 SuperSport Ladies Challenge presented by Sun International at the Gary Player and Lost City Courses from 4-6 February.

(All competitors RSA unless otherwise stated and amateurs are indicated AMA)