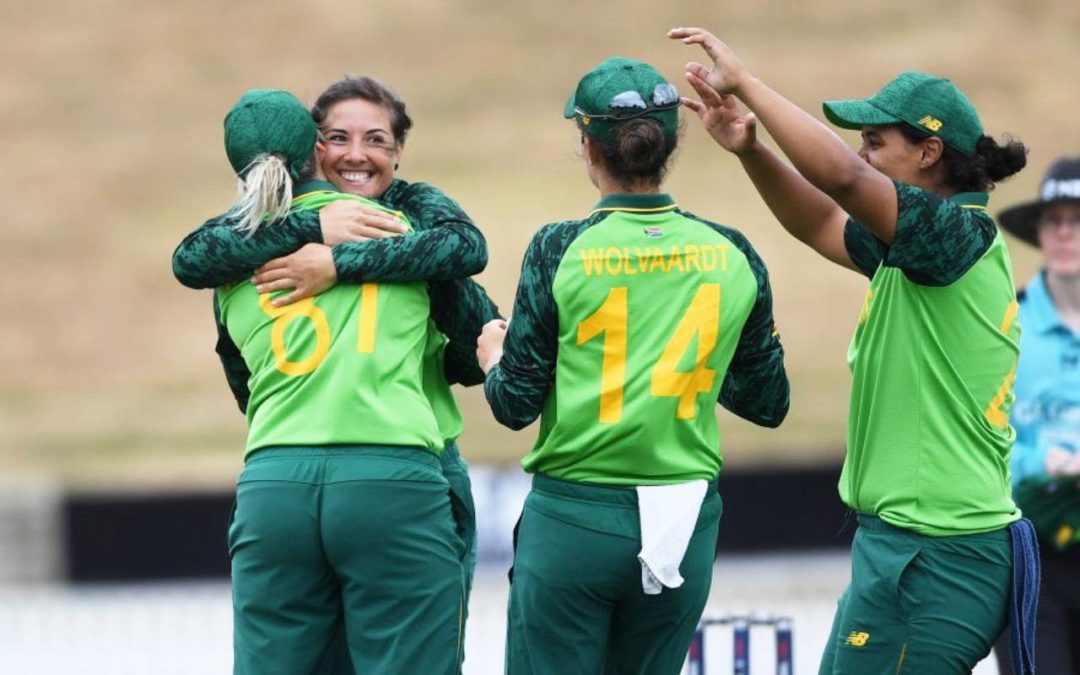 South Africa’s 3-0 series sweep over New Zealand in the ICC Women’s Championship has not only won them direct qualification for the ICC Women’s Cricket World Cup 2021 but also resulted in notable progress for their players in the MRF Tyres ICC Women’s ODI Player Rankings.

South Africa are on 22 points and can’t slip below fourth position even if they fail to win a single point in their last series against defending champions Australia,  who were the first to qualify and are on 34 points from 18 matches. England were the second team to qualify and finished their 21 matches at 29 points with the fourth team yet to be decided.

The unexpected series result though did not affect New Zealand as they are assured of a place as World Cup hosts, with the other top four teams on the points table also getting direct berths. Those failing to qualify from the eight-team ICC Women’s Championship will get a chance to make it to the pinnacle tournament event through a Qualifier later this year.

Regular captain Amy Sattherthwaite missing the series has resulted in her losing the top spot in the batters’ rankings. She has slipped to seventh position with West Indies captain Stafanie Taylor taking the top spot followed by the Australia pair of Alyssa Healy and Ellyse Perry.

For South Africa, opener Lizelle Lee, a formerly top-ranked batter, has moved up six places to eighth position after finishing as the highest scorer in the series with 157 runs including a Player of the Match effort of 99 in the first ODI. Her opening partner Laura Wolvaardt has retained ninth position with 117 runs in the series. Mignon du Preez has moved from 21st to 18th position.

Fast bowler Marizanne Kapp has advanced to second position from fourth after taking five wickets in the series while a similar haul has lifted Ayabonga Khaka five places to 13th position. Shabnim Ismail has gained two slots to reach fourth position and captain Dane van Niekerk has moved from 23rd to 16th.

One player to make good progress in all three lists is leg-spinning all-rounder Sune Luus. Her haul of six for 45 in the final match has lifted her seven places to 31st among bowlers while an aggregate of 67 runs has helped her inch up two places to 35th. The all-round effort sees her move up six places to 14th among all-rounders led by Perry.

For New Zealand, former captain Suzie Bates’s 142 runs in the series, which included two fifties, has lifted her to joint-ninth position while Sophie Devine has moved up from 33rd to 30th in the list for bowlers.