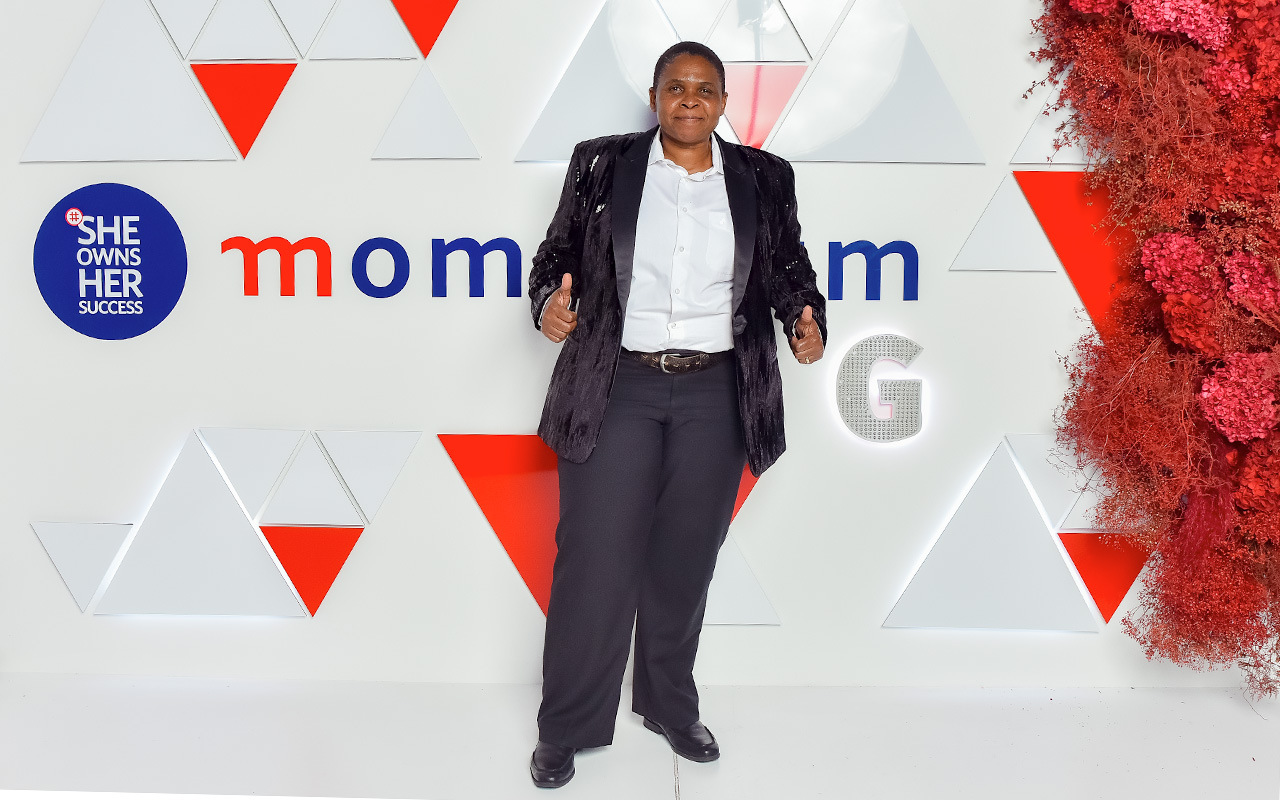 “The power of recognition is one of the strongest forces for stimulating human and social action. Yes, recognition is a powerful motivator—to those who receive it as well as those who observe it.” –  Lowell Milken.

This is applicable in the workplace, at home and certainly in sport. To know and feel that the work that you do is seen goes a long way. Regrettably, women in sport have had to beg and negotiate for this recognition as women are held at a much more insurmountable standard than that of their male counterparts.

The Power of Recognition has been seen and felt on the Momentum gsport Awards stage, with winners and nominees powering to greater and better positions and spaces in their respective careers.

Such is the same for #gsport16 Ministerial Award recipient Patience Shikwambana. The accomplished sports Administrator was announced by Minister of Sport, Arts and Culture, Nathi Mthethwa, as the chairperson of the 2023 Netball World Cup Board as South Africa prepares to host the showpiece next year.

Lonwabo Nkohla had a chat with this inspirational figure about the power of recognition and of course, her incredible new role as chairperson of the 2023 Netball Tournament World Cup Board.

You scooped up the Ministerial award at #gsport16 – a lot has happened since then – can you highlight some of the milestones in your career and work as a sport administrator.

Scooping the Ministerial award was an affirmation that leadership is not about me but is bringing out the best in people through encouraging those with doubt about themselves that anything is possible provided you put all your heart into what you love most and makes you shine.

I continued as a dedicated servant to the sector imparting the knowledge and experience gained. Provided Mentorship to interns with eagerness to learn, more appreciative and content with my passion in sport and earned respect amongst my peers

After receiving awards and getting some form of recognition, what sort of boost does it give you in the work that you do?

Such recognition is a clear sign from the universe that one should not give up even in your lowest trying times. I remained principled and consistent to what I believe in and no one will change that except me.

It was a reminder to oneself that “You will never reach your destination if you stop and throw stones at every dog that barks.”

Key, was focus on your goals and dreams and stay in your lane.

From your view, having seen the day to day of our athletes on world stages, how important would you say consistent recognition is for women in sport?

It’s still a Man’s World and as women, we continue to work 100 times more than men to show our worth and capabilities. Recognitions continue to uplift women development in all spheres of their lives and, only in sport.
Currently and globally, we are still fighting for gender equality and equity, it is therefore of paramount importance that fundamental and consistent recognition continues without doubt. These should happen as part of mainstream recognition system to ensure continuity because when leadership changes, the principle must stay or improve to next level.

Would you say platforms like gsport are heading us in the right direction?

Yes, gsport spotted a gap and through its purpose and existence, girls and women from rural areas and townships, to your urban areas have an opportunity to expose their talents and skills. Great stories are told, shared and these are building blocks in our societies for better and accountable individuals.

We’re often exposed to the stars of various games, i.e, Portia Modise, Serena Williams, Bongiwe Msomi, but we often forget that there are stars behind those stars in background, steering the various ships. What would you say needs to happen to expose young girls to the stars who make the stars like Patience Shikwambana, for the little girl to know that there are important roles for women off the pitch but still in the sport too?

The more stories are told of the people behind the success of these athletes, the more stars behind will be valued and appreciated as these are the main game changers. Mentorship and passing on the baton to the support team is critical. It’s better and imperative to create awareness about the industry and showcasing that there is more in sport rather than being an athletes. One might have failed to be a great player/ athlete but you can be the best Sport Administrator or leader in your own right!

True to record, we will continue to follow your amazing career as gsport, what are your hopes for women in sport in our country?

Creation of conducive and safe environment to enhance participation of girls and women at all levels. We can’t be short charged.
Women afforded their space and potential to shine and prosper.
Equal opportunities and rewards system created.
Change the societal myth that women’s place is in the kitchen.

Since your appointment as Chair of the 2023 Netball WC – what work have you been focussing on? And how are preparations going?

On my appointment as the chair- this quote gave me courage – “The first job of a leader – at work or at home – is to inspire trust. It’s to bring out the best in people by entrusting them with meaningful stewardship, and to create an environment in which high- trust interaction inspires creativity and possibility.” Stephen R Covey

To date have provided strategic direction, developed systems on the management of the OC, managing the finances ,appointed Management Team.

Currently busy finalising our plans to celebrate one year milestone on the 28 July 2022 before the opening ceremony on 28 July 2023. Will be launching World Cup Mascot during the Africa Qualifier which is happening in August 2022, our Women’s month.

Also engaging with all key stakeholders on the event’s state of readiness including their roles and responsibilities.

Also doing well on legacy projects as we congratulate the Western Cape Province in surpassing its target on netball infrastructure development, DSAC has officially opened its first legacy facility in the KZN Province at a former school of the current Captain- Bongi Msomi. The remainder 7 provinces will be provided with similar facilities. NSA leading on the capacity building project Nationally, continentally and helping USA as part of the legacy project.

Aggressively supporting the initiative of NSA, the Netball Friday which is being fully supported by the sector and we also urge corporates and non-government organisations to rally behind us to mobilise through various social and media platforms.

NSA recognised 24 players with professional contracts, a first for the sport in the country, how important is this milestone for Netball SA, for women sports?

The significance of hosting the World Cup is to elevate the status of NSA in the country and globally leaving the biggest women sport in South Africa at a best place/position in all areas, including becoming professional.

The announcement of this squad is therefore an awesome step in the right direction. One must congratulate NSA in considering aspects of transformation based on merit. This is definitely encouraging and an inspiration to a girl child who aspires to become one of the Spar Protea in the future. This is addressing Gender Equality at its best, one step at a time.

Photo 1 Caption: Legendary sport administrator Patience Shikwambana pictured at the 2021 Momentum gsport Awards, where she was honoured with the Ministerial Award. Photo: gsport