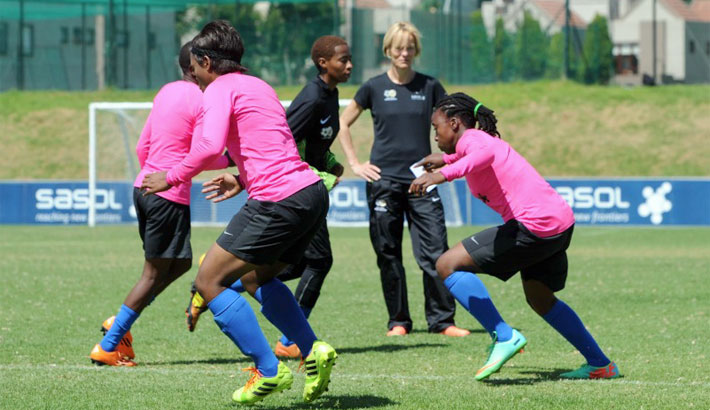 Head coach of the South African Senior Women’s National Team, Vera Pauw has named 25 players in the travelling party to the USA where her charges will face the hosts – reigning Olympic and World Champions – in an international friendly match.

Pauw has kept the bulk of the team that has done duty for the Sasol-sponsored Banyana Banyana since the Olympic qualifiers.

The Banyana Banyana mentor needs only 18 + four additional players for the 2016 Rio Olympic Games – and this means from the 25 that is travelling to the USA, three will not be going to Brazil.

She will make her final decision when the squad returns from the USA, but the identity of the players will only be known on Thursday, 14 July when SASCOC makes the announcement at a press conference to reveal Team South Africa.

For the clash against the USA, Pauw has recalled midfielder Robyn Moodaly who has been out injured and the Banyana Banyana coach this was done after careful consideration.

“Robyn had a knee operation and she has been undergoing rehabilitation in the US. During the process she developed bacterial infection on the same knee, which held back her healing process, but we are grateful for the rehabilitation she received abroad.

“Up to this point she had looked doubtful that she will be fit on time, but this past week at training we saw a different perspective. It is now up to her to see if she will be ready to play any part in the Olympics,” said Pauw.

“The Olympics are the biggest sporting event in the world, so we also need to be sure that she can play her part before we include her in the final list. At the moment it seems as if she is jumping the queue in the squad selection, but she has been working very hard on a daily basis to reach the level that she is at now – and all of that has been happening behind the scenes. Now that she is here with us we are able to do further assessments and evaluation.“

Three players have been placed on standby from the 28 that was in camp – Bongiwe Thusi, Mapaseka Mpuru and Rhoda Mulaudzi.

They will be called up only if there is an injury or a serious reason why a player already on the list to the Olympics can’t go.

The South Africans wrap up their preparations on Tuesday morning (5 July) before departing for Chicago, Illinois where the match will take place on Saturday, 9 July at Soldier Field.

The game against the US Women’s National Team will be a great test for Banyana Banyana to gauge their level against the top-ranked team in the world. As three-time Olympic gold medal winners, the US team holds the top spot on the FIFA Women’s World ranking table, making them one of the most successful women’s soccer nations in history.

“To prepare for the Olympics, we have to play the best in the world and who better than the reigning world and Olympic champions. Thanks to Sasol and SAFA once again that we have been able to play against top nations. This upcoming match will give us a better indication of our readiness to take on the best at the Rio Olympics in Brazil this August.,” Pauw added.

“As Sasol, we are proud to support Banyana Banyana in their preparation for their second appearance at the Olympic Games. As a proudly South African company, we stand behind our heroes and wish them well in the last leg of their preparations,” said Elton Fortuin, Sasol Vice President for Group Communications and Brand Management.

Banyana Banyana Squad vs USA at the Soldier Field in Chicago, Illinois, on 9 July 2016:

File Photo caption: South African Senior Women’s National Team head coach Vera Pauw has announced a 25-member squad to play an international friendly away to the USA, as part of SAFA’s support of the Banyana Banyana preparations ahead of the Rio 2016 Olympic Games in August. Photo: SASOL in Sport 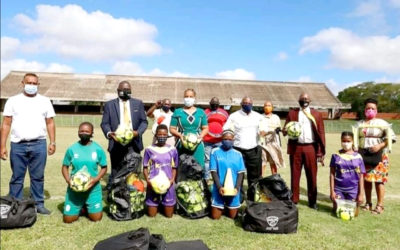